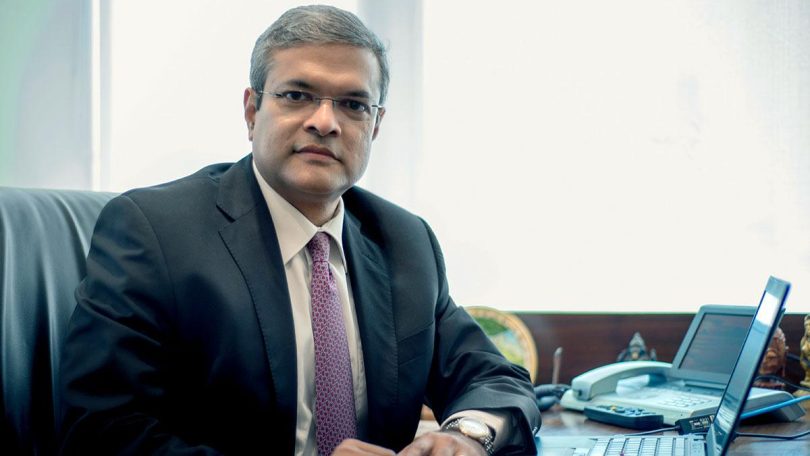 ICICI Lombard posted an 80 per cent jump in net profit in Q1FY22 on the back of growth in premium and the low base effect due to high Covid claims last year. In an interview with Business Today, Bhargav Dasgupta, MD and CEO of ICICI Lombard General Insurance, talks about the performance of the company and its focus on the health vertical as one of the growth drivers.

BT: What has been the impact of Covid in the last two years particularly when the company has made a comeback with an 80 per cent jump in profits in Q1FY22?

Bhargav Dasgupta: The industry has paid more than Rs 30,000 crore as Covid claims. And if you put that in context of the profits of the industry made the previous year, it was roughly more than Rs 4000 crore. So, for the industry, it was a huge shock. From ICICI Lombard perspective, if you see our first quarter last year and overall, for the year, we took more than Rs 500 crore of Covid losses and that’s why last year’s Q1 performance was very underwhelming because most of the losses were fronted in Q1. So there is a base effect in this quarter’s number.

Covid has increased the awareness and importance of health insurance. It is a long-term structural change that we believe has happened. And if you see the last couple of years, health insurance has grown more rapidly than any other category within the industry. Moreover, consumers are more comfortable taking health services digitally, be it in terms of, telehealth or what we launched something called our virtual Doctor Service which is basically teleconsultation and other kind of advisory services on the app. Some of those things have become very stable and very popular.

BT: There has been a gap number between the intimated claims and the claims paid as many policyholders have complained about claim rejections. What are the reasons?

Bhargav Dasgupta: If you look at the health insurance products, there are certain products which are called benefit products, which basically pay for like say like a cancer care product or a critical illness product. So those would have specified illnesses covered under the plan. Those would not pay for Covid because the plan was specifically for that particular ailment. So those claims would not come, but for customers at times, they may have filed those claims also, those will not be paid.

The other thing that we saw was a tendency to inflate the expenses at the hospital and that was very unfortunate. We’ve had examples of claims which optically looks unreasonable. So those also led to some amount of negotiation and reduction in the amount paid, which we felt as an industry was the due amount or a reasonable amount that we should pay.

Lastly, there was always in any insurance situation or anywhere in the world in insurance, there will be some people who try to take advantage of insurance. They may not have an ailment, but they’ll file a claim and it is our responsibility to weed out some of those things because if you don’t do that effectively, premium will increase for the honest claimants. So those were the three main reasons why the number between the intimated claims and the paid claims would. There would be a gap. But honestly speaking, as I said, Rs. 30,000-crore amount that the industry took a hit on, we are one of the industries which are very badly affected. We never reached out for any support or any help or any subsidy.

BT: Life insurers may be allowed to sell health insurance. What are your views on it?

Bhargav Dasgupta: If you go back to the time when the health industry was categorised into long term for life and short term for non-life, before that there was no such constraint. And honestly speaking, life insurance companies didn’t do anything on the indemnity side. They had the choice, but they couldn’t do. Now that the health insurance segment has become larger, there is an interest from the life insurance side, which is understandable. But equally, I think it was segregated because the regulator wanted the two segments to focus on two different needs.

One the long-term healthcare needs, which was with the life insurance companies and the short-term immediate needs which was with general insurance companies Now if you look at this coming in, this is anyway under regulatory considerations. We have to wait for what the regulator says. But honestly speaking, even if it comes, it has to come with a complete level playing field for both segments. It cannot be that as non-life companies, we are constrained in certain aspects. And life companies have more freedom, but they have the ability to compete. So those degrees of freedom should be exactly the same if we want to have both categories compete in the same market. This could need mean changes in the fact that we as a non-life set would want to provide a health savings account for our customers. We should be allowed that. Then it becomes a level playing.

BT: How do you look at the second quarter in terms of business?

Bhargav Dasgupta: So, we don’t give any forward guidance. I think what we have talked about is if you look at our combined ratio for the whole last year, largely because of the first quarter impact was 108.8 per cent. This year, we expect the combined ratio to improve significantly. Somewhere around 103 to 104 per cent is what we are kind of indicating for the market.

BT: Why is the company not still able to make an underwriting profit?

Bhargav Dasgupta:  If you look at 2008 to 2022, over the last 14 years combined ratio for the industry has been around 120, which means for Rs 100 of premium that the industry takes from their customers, the total claims plus expenses will be Rs 120. So, the industry from an insurance perspective has been bleeding. And that’s largely because of a few things. One at a stage of development of the industry. You know, when the industry is growing, the competitive intensity is very high. There are new players that come in and try to compete on price. Second reason is inappropriate claim fraud. Globally, there are insurance fraud regulations under which you could have prosecuted these individuals. So that is one big need that the industry has. Third, there is an investment phase going on. So, for example, as a company, we are investing on health distribution and at this stage of the development of the industry makes sense because you have to invest for growth. Ideally, the industry should work at a combined ratio below 100, which is the ideal performance for the insurance policy.

BT: Do you plan to bring the combined ratio to below 100 ?

Bhargav Dasgupta: If you see before last year our combined ratio used to be around 100. Long term approach is to stay at that level. This is because we are investing in some of these distribution infrastructures, in particular on the health side and that’s an investment that we’re going through. But in general, that would be our ideal outcome.

BT: What will be your growth drivers?

Bhargav Dasgupta: Our sense is health will grow faster because of the investment that we talked about. We are also coming from a relatively small base. If you look at our health insurance, the market share is much smaller and motor, we are the number one across all players in the market. There is a focus on sustaining our market leadership as also focusing on the underwriting. We are investing. The growth for health should be faster.

BT: How much of your business comes from an online channel? Are you planning to increase it?

Bhargav Dasgupta: Online channel contributes 3.9 per cent. If you look at the policy count, the percentage of policies that we issue online would be higher. But what happens in online is that the ticket size is low compared to what you sell. For corporate we sell much bigger ticket size policies. Digital is an important segment and we’ve been investing. We were the first company to sell policies online back in 2003. So if you look at what we’ve done is we carved out our digital business into a separate, almost like an entire company within a company, where it has its own integrated team, separate location with its own policies and practices to give them the ability to compete on the digital space with any other, almost like a start-up.  They also work with ecosystem partners, so fintech companies or other online companies who are good partners to sell insurance also.  Both of those have done really well. If you look at just this last quarter, our digital business has grown at about 30 per cent.

BT: Do you plan to grow your agency channel?

Bhargav Dasgupta: If you look at the industry share of agency including POS, it would be more than 20 per cent in their overall mix of business contributed by agents. Our number will be about 12-13 per cent. So there is an opportunity for us to grow that segment and that’s why we are investing a lot more in the agency and the digital channel.

BT: How optimistic are you about the emerging EV segment?

Bhargav Dasgupta: We remain very optimistic about that segment. We are heavily invested in that segment. We have roughly about 15 per cent market share for EV 4-wheeler and more than 50 per cent market share for EV two-wheeler. It’s a segment that we’ve invested a lot as regards underwriting, these are evolving. This segment will become an even larger segment, particularly for 2-wheelers. This will become a very large segment in the future and we as a company are clearly focused on investing in this area.