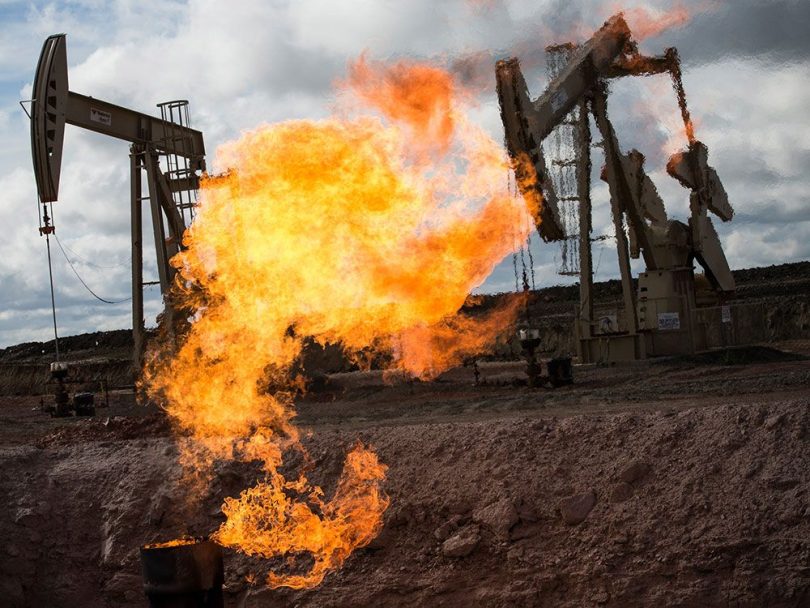 By David Rosenberg and Brendan Livingstone

There has been a lot of recent commentary about the disconnect between oil prices and energy stocks, and for good reason. West Texas Intermediate (WTI) is now down 34 per cent from its 52-week high whereas the energy sector is within four per cent of its high.

The next issue of FP Investor will soon be in your inbox.

This is a notable divergence because the correlation between the two over the past five years is 77 per cent and it is 69 per cent over the past 10 years. In other words, energy stocks (unsurprisingly) tend to track the direction of oil — both on the upside and the downside — due to the implications of commodity price movements for companies’ bottom lines.

With this in mind, we acknowledge there is the potential for weakness in energy shares in the near term if oil prices remain under pressure, especially if WTI holds below US$80 per barrel. But we would use the selloff as a buying opportunity because we believe the longer-term picture remains bullish.

We see at least five key catalysts for the sector going forward that, to varying degrees, can help explain why the share prices of energy companies have held up well.

Despite the recent run-up in energy stocks, they remain cheap in isolation, but especially relative to the S&P 500. We looked at several valuation metrics — such as EV/EBITDA, price-to-free cash flow and the forward P/E ratio — since 1990 and took their percentile rank. We found the energy sector, on average, ranks in just its 27th percentile historically. Conversely, the S&P 500 — despite the valuation adjustment that has occurred this year in response to higher interest rates — sits in its 71st percentile.

As a result, we would classify the energy sector as trading below average from a valuation perspective whereas the broader market still looks too richly priced for our liking (particularly given the elevated recession risks). With the U.S. Federal Reserve continuing to remove liquidity, we see the greatest downside in high-multiple segments of the market (due to further multiple compression) whereas cheaper areas (such as energy names) are likely to fare better.

A combination of elevated oil prices (even with the recent decline) and better capital discipline has resulted in positive earnings revisions for the energy sector, which is in stark contrast to the broader market.

Indeed, since the beginning of the year, 2023 earnings estimates for the energy sector have increased by a whopping 91.1 per cent. For reference, the only other sector to have a positive trend is utilities (two per cent), while the S&P 500 as a whole has been marked down by 2.7 per cent.

What this has meant is that even with the increase in the share prices of energy names, the boost to earnings estimates has been even larger. From our standpoint, this indicates the rally in energy stocks has been entirely supported by improved fundamentals, as opposed to lower-quality rallies that are driven by speculation.

Energy companies have made returning cash to shareholders — via dividends and buybacks — a primary focus, which investors are increasingly rewarding (especially in the context of a highly uncertain macro backdrop).

Despite sluggish demand, U.S. inventory levels, after accounting for the drawdown in the Strategic Petroleum Reserve (SPR), are at their lowest level since mid-2000. The SPR release — the largest ever — has helped put downward pressure on prices, but it will also need to be refilled in the future. In our view, this will help ensure a higher floor for oil prices going forward — despite growing recession risks — since it will provide incremental demand against a backdrop of challenged supply.

Not only that, but there are other potential catalysts that could result in additional upward pressure on prices including, notably, the Russian oil price cap (it is unclear how Moscow will ultimately respond), a further escalation in the Russia/Ukraine war and China pivoting away from its Zero COVID-19 policy.

Equities are long-duration assets, so we believe they are appropriately discounting a prolonged period of elevated prices, even if oil is to remain weak in the near term. Further to this point, we would note that the near-term contract has been much weaker than the 12-month-out contract of late.

Speaking of a higher floor for prices, it is increasingly clear that the Organization of the Petroleum Exporting Countries Plus is more comfortable with oil trading above US$90 per barrel, a shift from recent years where they seemed content with prices in the US$60-$70 range. This seems to be mostly due to the fact they are less concerned with losing market share to U.S. shale producers, which have been growing production more slowly as they have prioritized payouts to shareholders over drilling new wells.

We believe this is yet another reason investors feel more comfortable holding energy names, since there is a level of visibility on prices that was sorely missing previously. Prices around US$90 per barrel would ensure that energy stocks are able to sustain strong payouts via dividends and buybacks.

There is little doubt that the recent weakness in oil prices, if it is sustained, will pressure the energy sector (especially if WTI holds below US$80 per barrel). However, if a selloff were to materialize, we would use it as a buying opportunity.

Whereas the broader market remains expensive, energy is cheap by historical standards. Furthermore, it has the added benefit of having positive earnings revisions and a very attractive combined dividend and buyback yield — characteristics that will help limit the extent of any selling pressure.

Finally, with low inventory levels — even despite weak demand — and clear signs that OPEC+ prefers a higher level for oil than in the past, we believe prices will remain well supported going forward (even with the potential for further near-term weakness). This dynamic will help ensure strong payouts from energy companies to shareholders, and provide a level of visibility that has been missing in recent years.

David Rosenberg is founder of independent research firm Rosenberg Research & Associates Inc. Brendan Livingstone is a senior markets strategist there. You can sign up for a free, one-month trial on Rosenberg’s website.