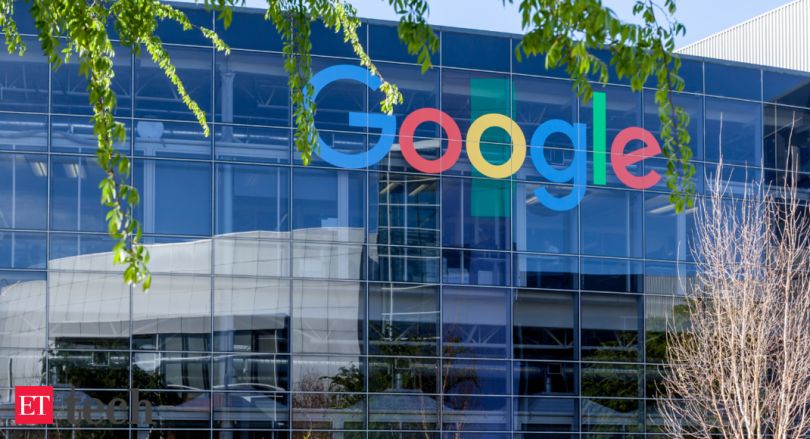 Earlier today, the Supreme Court turned down a request from Google to block an order by the Competition Commission of India that would force it to change how it licences its Android platform. The tech giant approached the court last week, after the National Company Law Appellate Tribunal refused to stay the CCI’s order of October 20, 2022.

The CCI’s order of October 20, 2022 also required Google to make changes to its Android ecosystem by January 19. However, the court extended the deadline for Google to comply with the order by a week.

Details: In an interim order, a bench led by Chief Justice DY Chandrachud affirmed the NCLAT’s refusal to stay the CCI order and asked the tribunal to make a final ruling on Google’s appeal by March 31. It also clarified that all actions taken would be subject to the NCLAT’s final order.

“We are resisting from evaluating the rival submissions… anything on merits would interfere with the proceedings before the NCLAT… CCI cannot be held without jurisdiction at this stage,” the CJI said.

Catch up quick: On October 20, 2022, the CCI fined Google Rs 1,337.76 crore for allegedly exploiting its dominant position in mobile operating systems with Android, which powers 97% of smartphones in India. It also asked the company to make changes in its licensing deals with Android phone makers.

On January 4, the NCLAT refused to stay the CCI’s order, citing Google’s “lack of urgency” in filing an appeal, and directed the search giant to deposit 10% of the Rs 1,337.76 crore fine. It posted the matter for further hearing in April.

Google’s defence: Google has said implementing the CCI order would require wide-ranging changes to the Android ecosystem that would “undermine public interest, user safety and privacy for the Indian Android users”.

It has also said these changes would “open new back doors to foreign actors looking to compromise the security of Indian Android device users”. 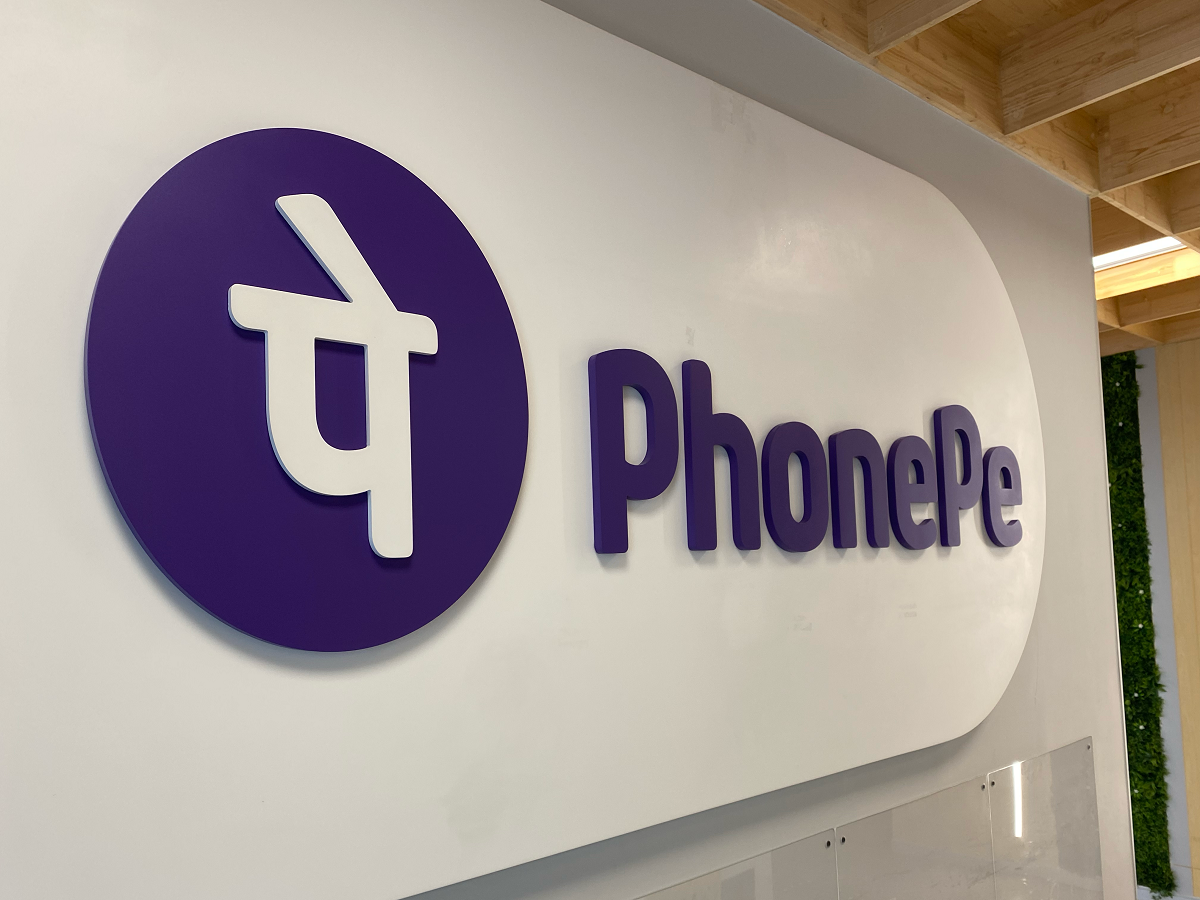 Digital payments major PhonePe on Thursday said it has raised $350 million in funding from global private equity firm General Atlantic at a pre-money valuation of $12 billion.

The investment marks the first tranche of an up to $1 billion total fundraise that commenced in January 2023, the company said in a statement. It said other global and Indian investors are also participating in the round.

PhonePe, owned by Walmart, was last valued at $5.5 billion in December 2020 after raising $700 million from the US retail major.

We reported on December 23 that PhonePe was looking to close a funding round of $1.5-$2 billion in total where both Walmart and private equity major General Atlantic are expected to pump in capital at a pre-money valuation of $12 billion.

While the primary fund raise was estimated to be $1 billion in size, it will include a secondary share sale, taking the total financing to $1.5–$2 billion.

In a secondary share sale, existing investors sell their shares to new investors and the money doesn’t go to company.

With the company shifting to India, the government is likely to gain as much as $1 billion in taxes from Walmart and other shareholders, we reported earlier this month, citing sources. 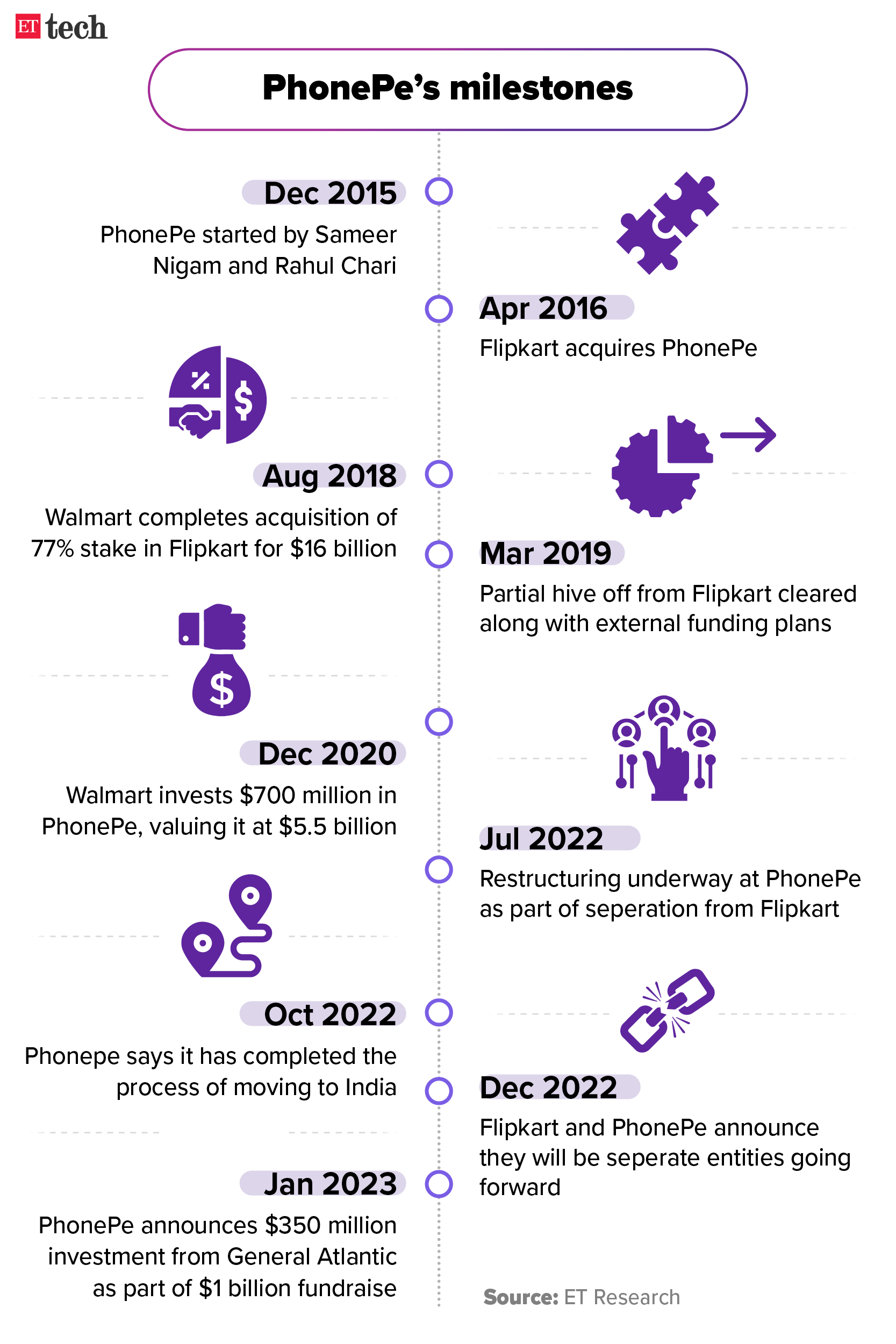 Virtual and hybrid events platform Hubilo has laid off around 120 people, or about 35% of its workforce, after witnessing “de-growth” in 2022.

Driving the news: The Bengaluru- and San Francisco-headquartered startup’s CEO and cofounder Vaibhav Jain wrote an email to its employees earlier this week announcing the layoffs. Jain said that due to the current macroeconomic conditions, most companies are spending less on marketing and events.

Earlier this week, we reported that pink slips are being handed out over several hundred employees of venture-backed startups such as ShareChat, Dunzo, Rebel Foods, GoMechanic and others.

This is Hubilo’s second such exercise in less than a year after it reduced 12% of its overall employee count in July 2022.

More Twitter layoffs: Twitter is planning to lay off 50 more employees in the coming weeks, particularly in the product division, according to a report by online publication Insider. The report said the fresh round of layoffs may cut Twitter’s headcount to below 2,000 – its lowest in over a decade.

B Capital closes third growth fund at $2.1 billion to ramp up India bets 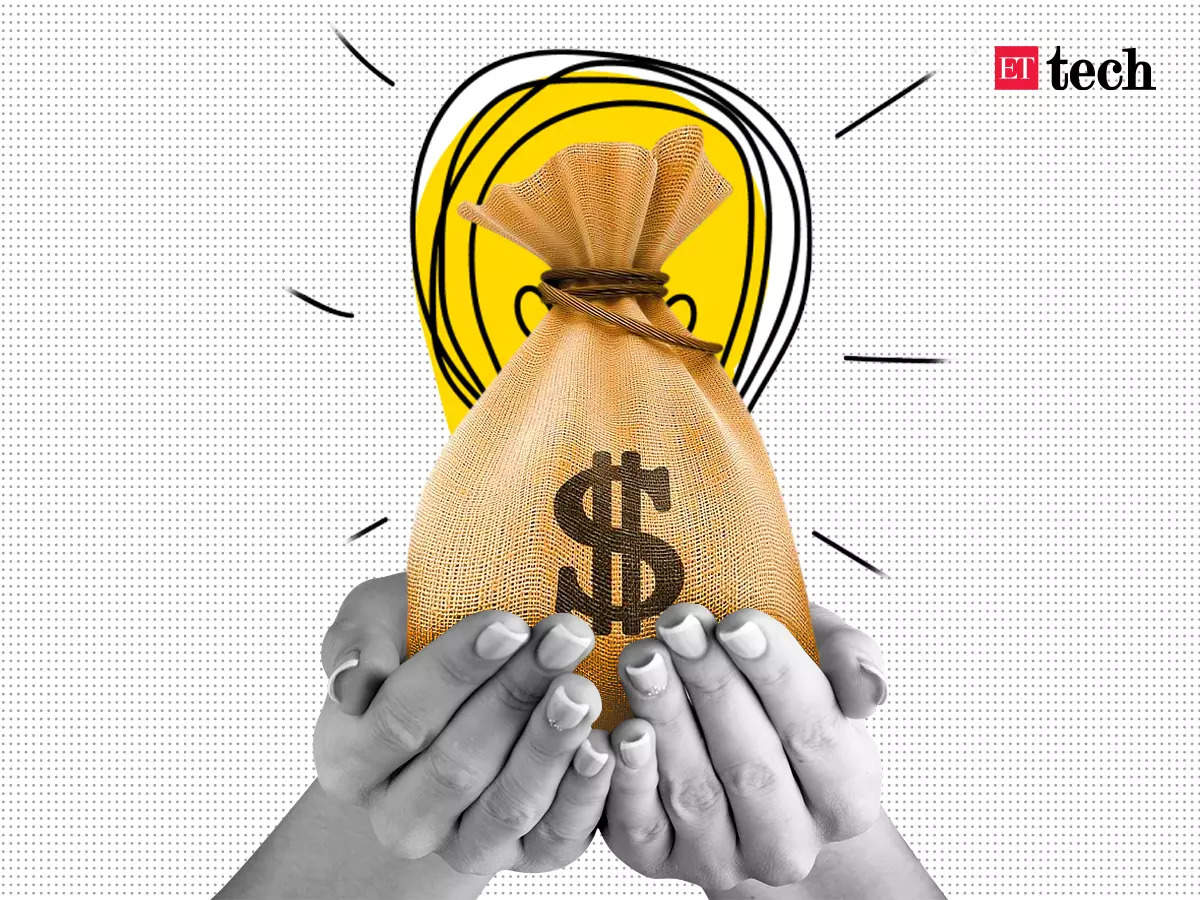 Global investment firm B Capital, which has backed the likes of Byju’s, Meesho and Pharmeasy, on Thursday announced the close of its third venture growth fund (Growth Fund III) at $2.1 billion as it looks to continue exploring opportunities across growth-stage startups.

B Capital’s third growth fund is more than double its previous one, which had a corpus of $820 million and closed in June 2020.

What’s the plan? With the larger corpus, B Capital will continue to be bullish about the India and Southeast Asia opportunity and will look to write cheques of $50 million on average, Raj Ganguly, cofounder and managing partner at the firm told ET.

He added that valuations of privately held technology companies are expected to further correct as global macro headwinds continue to buffet public markets.

“We’ve seen valuations really decrease across the board by 15% to 25%. Now, that might decline even a little bit further. But we do believe that the best companies will continue to raise capital at attractive valuations,” added Ganguly.

Through its third growth fund, B Capital will continue its usual pace of investments and back 30-35 startups over the next 10-12 quarters. It usually reserves one-third of the fund corpus for follow-on investments in fresh portfolio companies.

India’s electric vehicle (EV) industry saw one million units sold in a year for the first time in 2022. Despite this, EVs account for a meagre 4.7% of total automobile sales in India. Also, a big portion of EV sales comprise two-wheelers and three-wheelers.

ET conducted a pre-budget poll of 5,600 readers to get their views on electric vehicles, among other things. 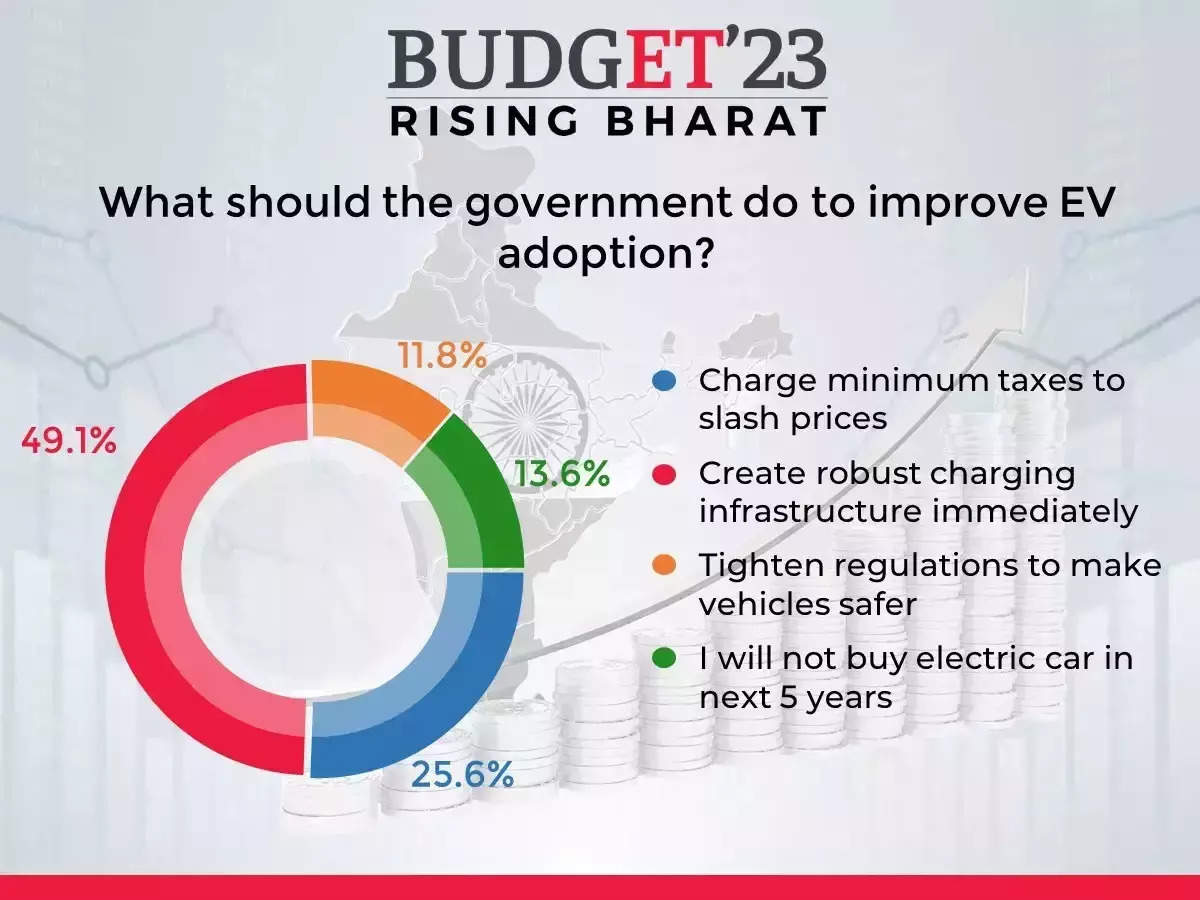 Findings: While 49.1% of people highlighted the need for better charging infrastructure in the country, 25.6% wanted the government to cut taxes to bring down the cost of EVs. Meanwhile, 13.6% of respondents said they don’t plan to buy an EV in the next five years, and 11.8% said they want the government to tighten regulations to make EVs safer. Most prospective buyers said they tilted towards petrol or diesel vehicles because of so-called ‘range anxiety’

Today’s ETtech Top 5 newsletter was curated by Zaheer Merchant in Mumbai and Erick Massey in Delhi. Graphics and illustrations by Rahul Awasthi.