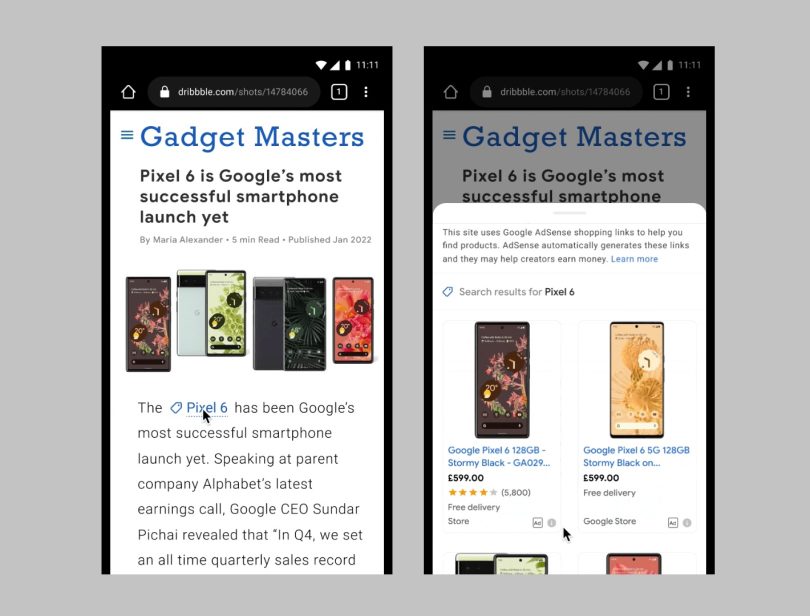 Ecommerce has been a high priority for tech companies for quite some time now because of the fact that this is the sort of thing that could potentially end up allowing them to leverage their popular platforms to drive sales and generate more revenue. Being one of the biggest tech companies in the world, it was only a matter of time before Google through its own hat into the ring, and some of its upcoming updates indicate that it is kicking things into high gear.

With all of that having been said and now out of the way, it is important to note that there are two new ecommerce oriented features that Google will be incorporating in future updates. The first feature focuses on refining search queries related to online shopping by giving users search filters that they can use. These search filters offer a lot of keywords that can help users narrow down the products they want to buy with all things having been considered and taken into account.

It had multiple filters in it:

The second update offers pertinent benefits to shoppers by increasing their convenience but it might also be a boon for website and blog owners. This involves the addition of new AdSense shopping links that eligible websites can add to their content where relevant. Amazon has been offering affiliate links that many website owners incorporate into their content, and Google is clearly trying to compete with the ecommerce juggernaut by offering its users an alternate option that is native to its own ecosystem.

I received this feature today. Is it a new thing? pic.twitter.com/p3xzv6ZMSW

The final potential feature that many users have reported seeing in beta tests is not specifically focused on ecommerce, but in spite of the fact that this is the case it might significantly improve Google’s search engine performance. The feature that is being tested out is a new Explore section in its SERP which will offer additional articles and content that are in related subcategories that users might be interested in, which is a very social media-esque feature that might indicate Google’s desire to dip its toes into those waters again.

Have y’all ever seen this “Explore” section of the SERP?

After scrolling down far enough seeing a whole subtopical parsing under a new section of the SERP entitled “Explore” – wild!

What is this sorcery?!

Read next: Google Releases Teaser Of New Widget That Encourages Users To Stay At Home