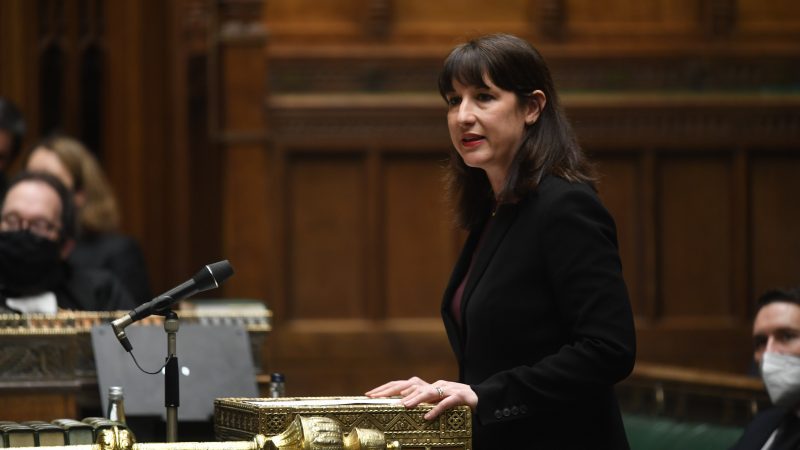 Rachel Reeves has said the tax breaks the government is offering oil and gas companies are “totally wrong” after BP reported that its profits had tripled to nearly £7bn in the second quarter of the year.

The Shadow Chancellor said: “People are worried sick about energy prices rising again in the autumn, but yet again we see eye-watering profits for oil and gas producers.

“Labour argued for months for a windfall tax on these companies to help bring bills down, but when the Tories finally U-turned, they decided to hand billions of pounds back to producers in tax breaks. That is totally wrong.

“It’s clear people need greater protection from rising bills. That’s why Labour would use this money now to help people get through the winter.

“But we can’t carry on like this. Labour would bring down energy bills for good with a green energy sprint for home-grown power and a ten-year warm homes plan to cut bills for 19 million cold, draughty homes.”

The government announced in May that it would introduce an energy profits levy on the “extraordinary profits” of the oil and gas sector – a policy Labour had been calling for since January.

The government’s levy includes a new investment allowance, a ‘super-deduction’ style relief intended to “encourage firms to invest in oil and gas extraction in the UK”. The investment allowance will mean businesses receive 91p in tax savings for every £1 invested in the North Sea.

Commenting on the profits reported by BP today, TUC general secretary Frances O’Grady said: “Every family should get a fair price for the energy they need. But with energy bills rising much faster than wages, these profits are an insult to families struggling to get by.

“For a fair approach to the cost-of-living crisis, price hikes and profits should be held back. Ministers must do more to get wages rising across the economy. And we should bring energy retail firms into public ownership so we can reduce bills for basic energy needs.”

Consultancy BFY estimated that the energy price cap – set by the regulator Ofgem – could rise to £3,420 in October for the average dual-fuel tariff. The cap is expected to be increased again in January, with BFY forecasting that it could hit £3,850.

Director of the Common Wealth think tank Matthew Lawrence told LabourList: “Energy giants are making vast sums while the public face extraordinary rises in their bills. With BP’s profits at a 14-year high and living standards in crisis, it is clear we should be squeezing profits, not wages.

“This morning’s results once again confirm that our energy system is failing to serve the public interest – it should be reorganised around social and environmental needs.”

Shell announced last week that it had made record profits of £9.5bn between April and June – an increase of 26% on the first quarter of this year, which was a previous high. The company plans to give shareholders payouts worth £6.5bn.

British Gas owner Centrica revealed that its operating profits for the six months to the end of June were £1.34bn – up from £262m for the same period last year.

The TUC unveiled a plan last week to keep bills down through public ownership of energy companies. Launching the plan, O’Grady said it was time to “lift the burden of failed privatisation off families”.

It concluded that publicly-owned energy companies would have a stronger incentive to introduce energy efficiency improvements to homes and have the power to set energy prices prioritising affordability for customers, rather than maximising profits for shareholders.

Value our free and unique service?

LabourList has more readers than ever before – but we need your support. Our dedicated coverage of Labour’s policies and personalities, internal debates, selections and elections relies on donations from our readers.