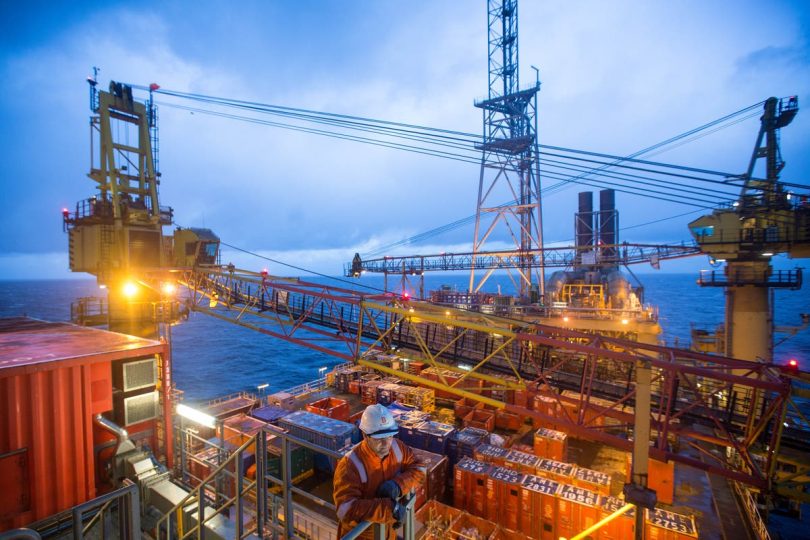 The North Sea oil and gas giants are refusing to commit to the carbon emissions cuts demanded by the UK’s watchdog, triggering calls for the government to force them to act.

The bosses of BP, Shell and Harbour Energy are accused of “squirming” after ducking the call to reduce their greenhouse gas output by 68 per cent by 2030 in line with the government’s target for the UK economy.

Instead, Harbour Energy said it “cannot commit to that”, Shell said it was “happy to aspire” to more than a 68 per cent cut, while BP said that it would “try to see how quickly we can get there”.

MPs have condemned the companies’ refusal to make what they say are “minimal” cuts at a time when they are making record profits, and said the moment to act was “now or never”.

The companies’ responses are in defiance of recommendations made by the independent Climate Change Committee (CCC), which has attacked the existing North Sea transition deal between the government and the industry as “unambitious”.

The current deal requires only a 50 per cent reduction by 2030, which the CCC called “well short of the 68 per cent we assessed as being feasible” – arguing that their stipulated figure is vital to meeting the UK’s overall commitment to net zero by 2050.

Meanwhile, Shell has posted record three-month earnings of almost £10bn, and promised shareholders payouts of £6.5bn, as households were warned that their annual energy bills could hit £3,850 in January.

Mr Skidmore said the government should be ready to act, adding: “The North Sea transition deal – the 50 per cent reduction – was drawn up by the sector and is voluntary. Clearly, this isn’t sustainable if companies are not only allowed to mark their own homework but they are allowed to write it, too.”

Ed Miliband, Labour’s climate change spokesperson, said: “Oil and gas companies are making record profits at the expense of the British people. They are being handed billions in tax breaks by the government, and yet they won’t even commit to minimal targets for reductions in their emissions.”

He said Labour would “stand up to the vested interests and go all in for cheap, home-grown, zero-carbon power” to bring down bills and tackle the climate emergency.

Greenpeace also called for the government to “properly regulate” the companies, pointing out that the recommended cut of 68 per cent applies to emissions from their rig operations only.

“They get a free pass on the massively greater emissions that come from burning the oil and gas they extract, which the government and industry choose to ignore,” said campaigner Ami McCarthy. “So it’s depressing – albeit predictable – to see them squirming over a relatively low-bar target.”

And Jamie Peters, of Friends of the Earth, said: “It’s clear that the fossil fuel industry cannot be trusted when it comes to tackling the climate emergency.

“If we’re going to meet our climate targets, oil and gas giants – who are raking in bumper profits during record-breaking heatwaves and a cost of living crisis – must be forced to reduce emissions in line with what is required.”

The controversy has blown up after the companies were grilled by Mr Skidmore at a meeting of the Commons environmental audit committee.

Last December, Boris Johnson committed the UK to deeper and faster greenhouse gas emissions cuts, with a 68 per cent reduction by 2030 compared with 1990 levels, up from 57 per cent.

In a report published last month, the CCC – which oversees the UK’s legal commitment to act – set out its “balanced pathway” to reach 68 per cent, concluding that oil and gas companies must “outperform” last year’s voluntary agreement.

But when Harbour Energy’s chief executive, Linda Cook, was put on the spot over whether the company would agree to be bound by the 68 per cent recommendation, she replied: “I cannot commit to that today.” She argued that the “goals” the company had set out were “more aggressive in general than the North Sea transition deal”.

Louise Kingham, BP’s senior vice-president in Europe, agreed that electrification is the answer, but told the MPs on the committee: “It is not economic as we sit here now; it is difficult to do, but we are working really hard to try to see how quickly we can get there.”

Tessa Khan, the director of Uplift, a group campaigning to reduce reliance on fossil fuels, accused the oil and gas companies of failing to fund a switch to renewables. “It has big projects planned – multi-decade projects, where most of the profit will be – that will ultimately lock us into further dependency on the industry,” she told the inquiry.