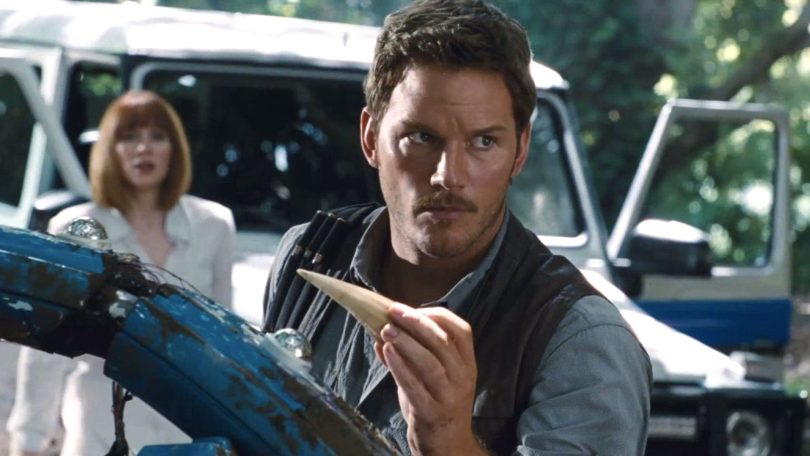 Chris Pratt is making headlines these days. The American actor who became an audience favorite as Andy Dwyer in the NBC sitcom Parks and Recreation is among one of the highest-earning Hollywood celebs today. Pratt’s portrayal of Peter Quill, aka Star-Lord, in the Marvel Cinematic Universe flick, Guardians of the Galaxy (2014) made him a star.

And he hasn’t looked back since, featuring in some more MCU movies, being the star man in the Jurassic Park reboot, and working alongside Jennifer Lawrence in Passengers. His fans know Pratt loves cinema, but not many know he is a car nerd. His latest TV series,

The Terminal List features some cool treats as well. The Guardians of the Galaxy Vol. 2 actor houses some fairly normal cars in his garage but amidst some cool mentions!

A Volkswagen Beetle That Pratt Won In A Game of Blackjack

Many fans assume that Chris Pratt owns expensive Ferraris and Lamborghinis. He is such a big star after all, isn’t he? But the Jurassic World star likes to keep it simple in terms of the automobiles that he drives. And much of it is probably down to his humble beginnings in the industry.

Chris Pratt didn’t exactly have it easy. Before he got acting offers, Pratt was living in a trailer and selling door-to-door coupons to earn a living. When Pratt realized that selling coupons wasn’t enough to sustain a living, he took up a second job at a Bubba Gump shrimp restaurant. In his own words, he was pretty much broke.

However, fate had other ideas, and the man who worked at a shrimp joint and lived in a van won a classic Volkswagen Beetle in a game of Blackjack. When he received it, the 1965 Beetle model wasn’t in the best of condition. But Pratt took care of it and still does, in the present day. His 1965 VW Beetle features a 40-horsepower, four-cylinder, 1200cc (1.2-liter) aluminum-magnesium engine linked to a four-speed manual transmission.

It also features an independent front suspension and telescopic shock absorbers. It boasts a top speed of 80 miles per hour. On the outside, it boasts golden-yellow paint that looks stunning. Pratt has admitted there are times he takes over some tools to fine-tune his Beetle, a car that is very dear to him.

The Elon Musk-led automotive brand has become a status symbol of sorts among the Hollywood bigwigs, and Pratt, despite his simple taste in cars, bought a Tesla car a few years back. Pratt owns a Tesla Model S. A couple of years back, pictures of Pratt taking his partner for a spin in his Tesla Model S went viral. His Tesla Model S features a 600-hp electric motor. It can run up to 300 miles on a single charge.

Its 0 to 60 miles per hour time of 3.1 seconds is one of the best in its range. Pratt’s Model S is rapid, with a top speed figure of 155 miles per hour. These are excellent numbers for an EV, and it’s hardly a surprise that the Parks and Recreation actor is a fan too.

The Bike That Outruns Dinosaurs

Now, this one is special. None of Pratt’s automobiles have a story as fun as this bike’s. If you’ve watched Chris Pratt in Jurassic World, you must’ve seen his character ride a solid-looking Triumph Scrambler. That’s the bike that is very dear to the American actor. In the film, Pratt’s character rides the bike while training his velociraptor buddies.

The Trump bike is also a part of some high-octane action scenes throughout the movie. Because he spent a lot of his time riding the Triumph Scrambler during the movie’s shoot, the Hollywood star developed a liking for it. And when the makers decided to let Pratt keep the bike, he was delighted.

Pratt’s Scrambler is a dark-green hunk with hints of black at the front and the back. It features a powerful 900cc SOHC liquid-cooled parallel twin engine. While Pratt’s character relies on his Scrambler to escape deadly dinosaurs in the movie, he is unlikely to encounter one in real life.

However, his Scrambler is quick enough to satisfy his adrenaline rush with a reported top speed figure of 110 miles per hour. While Pratt had the privilege of taking home a Scrambler from one of the Jurassic World flicks, other Scramblers from the film series got sold at auctions.