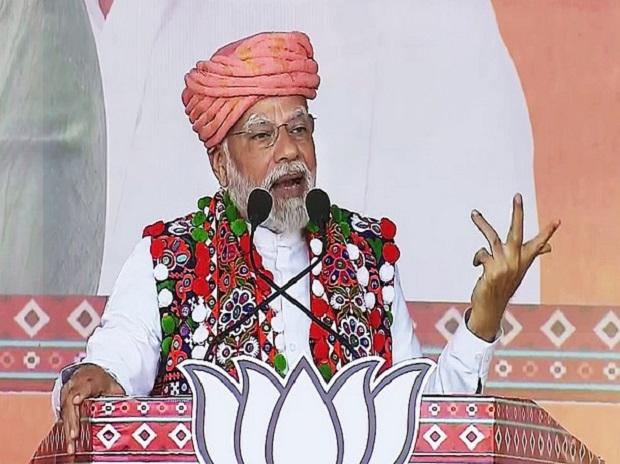 In the run-up to the assembly elections in Gujarat, some major investment announcements were made in the state, including a multi-billion-dollar semiconductor plant by Vedanta-Foxconn and an aircraft manufacturing project by the Tata group and Airbus, much to the chagrin of its neighbours.


Not just as the home state of Prime Minister Narendra Modi, but also as a major producing and exporting state known for its trade and enterprise, Gujarat holds a special place for all political parties, especially the BJP and the Congress. The BJP has been ruling the state for 27 years now, including 13 years of Modi as chief minister. It’s no surprise then that the Aam Aadmi Party (AAP), the new entrant to Gujarat’s poll battle, has decided to contest all the seats.


Gujarat, an economic heavyweight, is among the top industrial and manufacturing hubs in the country, competing with states like Maharashtra and Tamil Nadu.


Gujarat’s gross state domestic product (GSDP) has been growing at a compounded annual rate of 10 per cent, higher than the national average, according to the state’s socio economic review. The state’s GSDP stood at Rs 19.44 trillion in FY22, up from Rs 13.29 trillion in FY18.


The other much touted aspect of the state’s economy has been foreign direct investments (FDI). Gujarat attracted the highest inflows among states of Rs 1.62 trillion in FY21 despite it being a pandemic year.


On the rural front, dairy cooperatives led by Amul have played a crucial role during the assembly polls in Gujarat. For instance, there are roughly 18 districts with cooperative dairies making up for nearly 90 constituencies, barring the municipal corporation seats in urban areas. The BJP and the Congress were neck and neck with a 41-40 tally in the 2017 election, with the rest of the seats going to other parties. Many of these are spread across Saurashtra, south Gujarat and north Gujarat.


Among the largely rural dairy cooperatives-influenced seats, the Saurashtra region has been the BJP’s weak link and had a tough time in places like Junagadh, Amreli, and Morbi in the last election. In Amreli, the Congress had won all five seats in the 2017 polls. The previous elections were also challenging for the BJP in the wake of agitation by the Patidar community, which has deep influence in both agrarian and industrial sectors.


However, with the Patidar agitation done and dusted and dairy producers witnessing a significant rise in their income, the BJP is expecting a change in its fortunes this time. Both Saurashtra and south Gujarat regions went to the polls on Thursday, December 1.


Winning Gujarat would also be a matter of prestige, not just for BJP’s star campaigners but also for the party as it looks to consolidate its position ahead of the 2024 Lok Sabha elections.