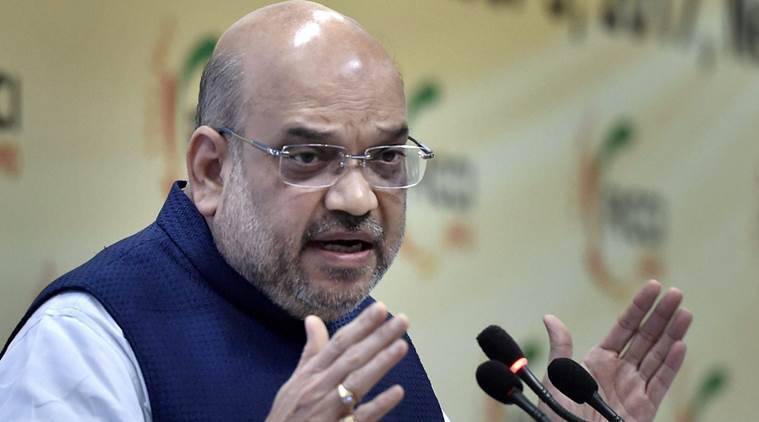 Union Home Minister Amit Shah Sunday said the result of the recently-concluded Gujarat Assembly elections is important not just for the state but for the entire country as it has sent a message that Narendra Modi will be re-elected as the prime minister in 2024. He also said that though those born after the Independence did not get a chance to die for the country, nobody can stop them to live for the country.

“This (Gujarat Assembly election) result is important not for Gujarat alone. There will be (Lok Sabha) elections in 2024, and the entire country is prepared to once more make Narendra Modi the prime minister,” Shah said at a function in Gandhinagar to inaugurate and lay the foundation stones of various projects.

While inaugurating the Scout Guide Resident Bhavan of Gujarat State Bharat Scout and Guide at its training centre in Ahmedabad, he said, “Including me, who was born after the Independence, we did not get an opportunity to die for the country, except those in the defence and paramilitary forces. But no one can stop us from living for the country. We did not get a chance to die for the country as we were born after independence but no one can stop us to live for the country and make it greatest in the world. More than 33 lakh activists of scout and guide should take this oath and take pride in what we have achieved.”

He added, “The country’s disaster management is under the home department. We got a beautiful response from the scout and guide to the attempt of combining scout and guide with Aapda Mitra,”. Aapda Mitra is the scheme for training of community volunteers in disaster response.

Shah suggested citizens to make India great in every field in the coming 25 years. “If as a citizen, we take one oath that we follow our entire life, even if it is a small one, will make your life disciplined. So, 130 crore citizens who take one resolution will take the country forward,” he said.

Further, he appealed to the students to study and understand the National Education Policy (NEP) that will prove to open new opportunities for them.

He also attended the ‘Sparsh’ event where he launched the ‘Ratna Sparsh’ book by a disciple of Jain saint Vijay Ratnasundersuriswar Maharaj. The event is part of the ‘Sparsh’ programme to be held from January 15 to January 26 in Ahmedabad.

Earlier, In a veiled reference to the opposition Congress and the Aam Aadmi Party (AAP), Shah said the people of Gujarat, by helping the BJP retain power with a record number of seats in the state, responded to those who tried to defame the state and Prime Minister Modi.

Shah said there is no need to elaborate on the works done by the BJP government for the development of the state, as people respond to it in the election.

Shah inaugurated and laid the foundation stones of various projects in Gandhinagar-North Assembly constituency and also launched a campaign for plastic-free villages from Moti Adraj village in the state capital.