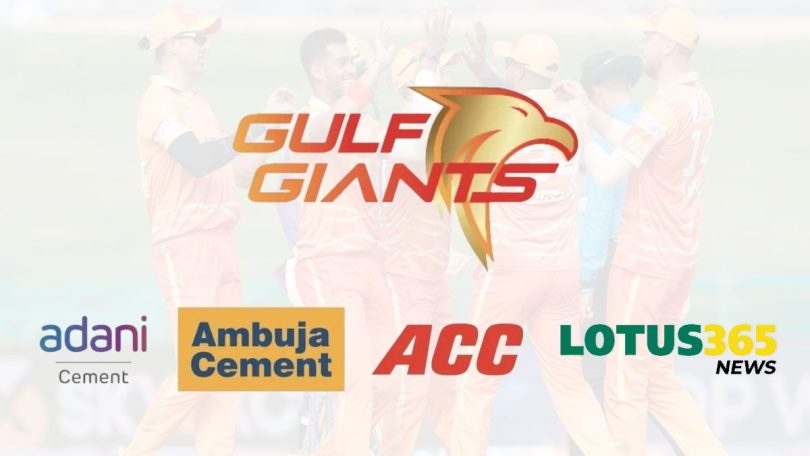 Following this agreement, all three cement brands Adani Cement, Ambuja Cement and ACC have been labelled as the principal partners, while, Lotus 365 has been named as an associate partner.

Lotus 365 also offers a wide range of additional activities and sports outside of cricket, featuring tennis, football, greyhound and horse racing, several card games, a live casino component, and a range of slot games, such as fishing games, bingo, scratch cards, and many others. Contrary to other online services, Lotus 365 does not require any documents before registering, and the person doing so also earns a bonus.

With a victory in their opening league encounter, Gulf Giants are ranked third in the ILT20 standings. At 7:30 p.m. IST tonight, the team will take on Dubai Capitals.