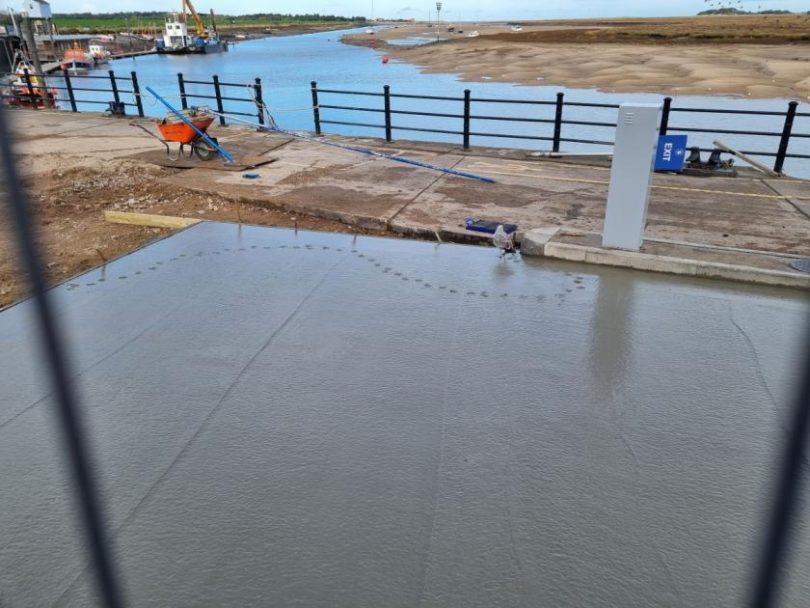 One bird was keen to leave a lasting impression at a Norfolk car park – by leaving its footprints in wet cement.

The gull was spotted by John Tomlinson at the quayside car park in Wells.

Mr Tomlinson was walking home on the afternoon of Wednesday, November 9, when he saw the bird had strolled through the work – leaving marks along the way.

The Wells resident said it immediately made him laugh – and wanted to share it with his wife and daughter.

The gull tried to leave his mark at the quayside car park in Wells (Image: John Tomlinson)

It was when laughing that he remembered a phrase that he felt was perfect to share the image on the town’s community notice board, on Facebook: “Something jogged in my memory about the quote ‘take nothing but memories, leave nothing but footprints’, this made me laugh harder and thought it was too good not to share with the Wells community.”

It was well-loved online, receiving over 280 reactions, from likes to laughs.

“It was funny seeing the interaction with the post and how many people were hoping the footprints would be left, myself included,” Mr Tomlinson added.

Unfortunately, the gull’s bid for immortality was taken from them, after the prints were ‘fixed’ later that day.