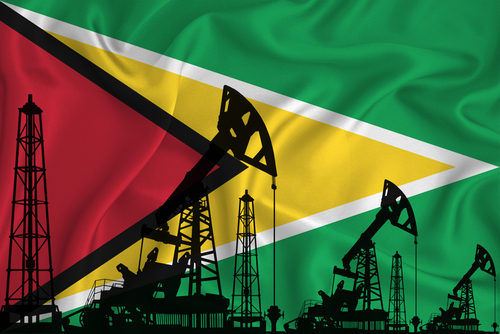 SOUTH FLORIDA – The Guyanese American Chamber of Commerce (GACC) in conjunction with the Guyana Business Journal (GBJ) will host a forum and reception in South Florida on December 14 entitled ‘Pathways to Guyana’s Economic Prosperity in this Era of Oil and Gas’.

The free forum and reception, to be held at the Miramar Cultural Center (2400 Civic Center Pl, Miramar) starting at 4pm. The forum will feature two panel discussions with leading Guyanese and others drawn from various sectors of economic activity. They will share their perspectives on the development of the country’s economy for the benefit of all its people especially now that significant revenues are being generated from its emerging oil and gas sector. Participants in the event will be afforded the opportunity to discuss their perspectives with the panelists.

Among the already confirmed speakers are:

Global oil giant ExxonMobil has been invited to have a representative speak at the event.

“Energy is the lifeblood of human existence, and its global demand will grow as people around the world, especially in developing countries seek a better quality of life. Energy demand is estimated to grow by at least 0.7 per cent annually. No society ought to underestimate the future demand for energy. Hence the Guyanese American Chamber of Commerce (GACC) firmly believes that Guyana must seek to secure its energy needs through the efficient development of its oil and gas as well as its renewable resources,” says GACC Chairman, Eldon Bremner.

According to Bremner, developing countries like Guyana need to secure their future energy needs and at the same time generate income from its oil and gas sector to fuel development in other sectors such as agribusiness, hospitality, manufacturing, healthcare, public infrastructure, and public safety.

“It is against this backdrop that the GACC has teamed up with the Guyana Business Journal and Magazine to host this forum which will provide Guyanese and others in the Diaspora an opportunity to discuss the pathways to prosperity for all the Guyanese people and even our brothers and sisters in the CARICOM region whose future food security will depend heavily on Guyana’s ability to supply food to the region. The pandemic has clearly demonstrated that CARICOM’s food security is key to its future economic prosperity, “ Bremner stressed.

“Almost 400,000 Guyanese live outside Guyana, many of whom reside in the State of Florida where this event is being hosted. Given Guyana’s immediate need to bring capital to the country along with hard and soft skills, the diaspora, Guyana’s ’other border’ in the United States, Canada, the U.K., and worldwide, must contribute to the conversation and help to shape the pathways to an inclusive, equitable and prosperous Guyana,” Dr Blackman points out.

Persons interested in participating in this forum/reception must register at: guyamcham@gmail.com