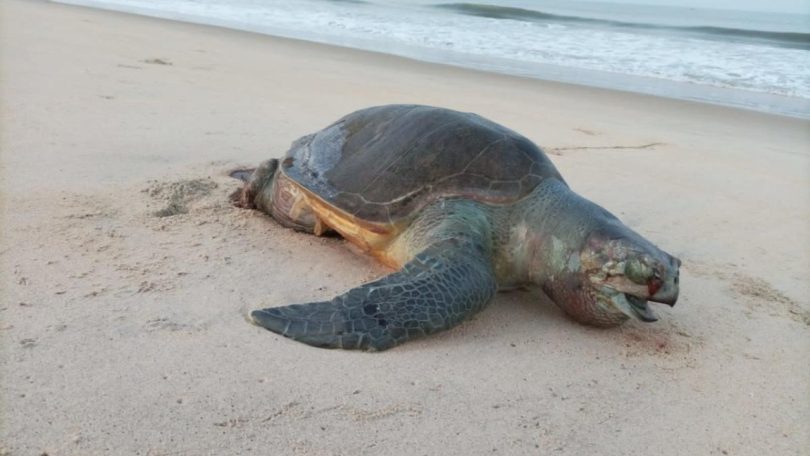 Not much has changed on the ground nearly a year after the Karnataka Biodiversity Board proposed the conservation of the sea turtle nesting ground in the Honnavar and Shavarathi estuary even as the port development works threaten the vulnerable area.

The proposal was placed before the Board in January and was sent to the government after discussions.

The Board recognised the importance of the two sites considering the threat faced by nesting grounds across the country.

However, fishermen in Honnavar had a rude shock earlier last year when big machines started building a road to the proposed port in Honnavar.

“Thousands of families are dependent on the coast for their livelihood. While the port itself is a big threat to the marine life, the proposed construction of the road will leave no space for hope,” an activist said. To a question, an official said the Coastal Regulation Zone clearance has been given to set up the port in 2012.

“The commercial activities, the arrival, anchorage and docking of ships in the port will definitely have a negative impact on the marine life in the area. There is also the problem of oil leakage which is unavoidable. As clearance has already been given, there is nothing much to do now. The proposed road on the beach is sub judice,” he said.

The Forest Department has set up a 1,000-acre marine park at Mugali, 9 km south of the proposed port. Over the last three years, the department has spent crores of rupees on conservation activity in the vast area.

However, the officials have remained tightlipped over the “error” made in 2012. Member of the Board and marine biologist Prakash Mesta, who made the proposal for the conservation of the sea turtle nesting sites, said the entire shoreline between Karwar and Honnavar was vulnerable and needs to be protected. “Apart from the Olive Ridley turtles that come here for nesting, several schedule 1 species have been recorded by the Forest Department. We want development but not at the cost of a highly sensitive area,” he said.

Interestingly, the port is coming up on a sandbar subjected to high erosion. The government, replying to a question in the legislature, had compared documents since 1992 and said that 59 acres of Mallukuruva village and 120 acres of Pavinakuruva village have been washed away into the sea.

“While this may look shocking to an outsider, historical records show that this erosion and accretion have been observed regularly. Over two hundred years ago, the British also tried to build infrastructure to make Honnavar the capital of the then-Canara district stretching from Karwar to Kasargod. However, they noticed the fast erosion and declared it unviable. The marine life, which has adjusted with the phenomenon for centuries, will pay the price for a port which is not sustainable,” Mesta said.