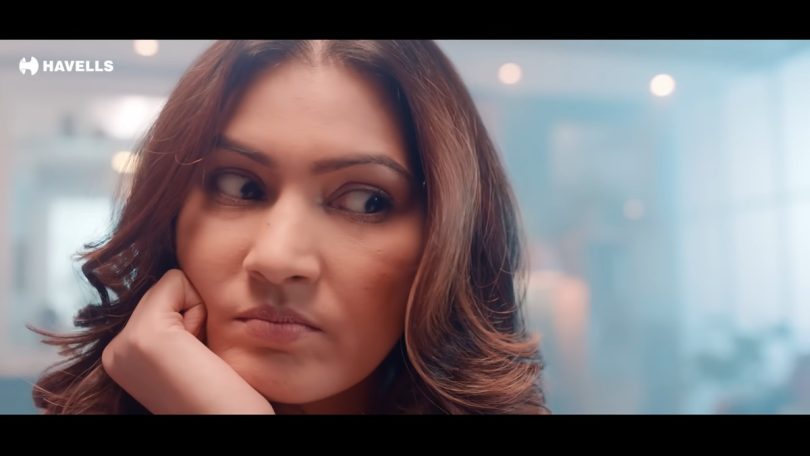 Havells India Limited has launched a new campaign titled ‘Sahi paani ka sign, Alkaline’ with an aim to raise awareness of its range of Gracia alkaline water purifiers that claims to restore the alkalinity of water to pH 8+ and remove contaminants and disease-causing bacterias. Through this campaign, the brand aims to inspire personal wellness through the power of drinking alkaline water.

The India water purifier market is one of the largest in the Southeast Asian region and is expected to exhibit a CAGR of 10.27% during 2022-2027, Rajiv Kenue, executive vice president-electrical consumer durables, Havells India, said. “We have introduced a new range of Gracia alkaline water purifiers keeping in mind that the consumers take a more hands-on approach to health these days and our product is the right fit in the entire ecosystem,” he added.

The campaign’s first video begins with a woman sitting at a dinner table with a variety of junk food spread around her while she chooses to eat a healthy salad bowl over junk food. Moving on, she chooses to drink water, which is alkaline. While the second video talks through a similar narrative through physical workout, communicating a healthier way of life. The series started in August and shall be promoted till the end of September on all social media platforms, including Facebook, Instagram, and YouTube, and will be amplifi­ed on digital platforms.

For Rohit Kapoor, executive vice president, marketing, Havells India Ltd, there have been a lot of conversations around immunity and health. “Water being one of the most basic commodities in our daily lives, the conversation around it being intrinsically safe is very relevant. Through this narrative, we intend to bring more awareness to our Gracia range of alkaline water purifiers. And to communicate the benefits, we have used the plot of ‘signs’ as people today are consciously choosing healthier options in life, like opting for a salad or jogging, which is an indication of healthy living, while using them creatively to convey the top-of-mind recall for our product range,” he added.

The first phase of the campaign is promoted via display advertising on digital mediums and the second phase comprises two videos to reinforce the overall campaign thought.

Also Read: MX Player gets into a multi-year partnership with Lionsgate for Hollywood content