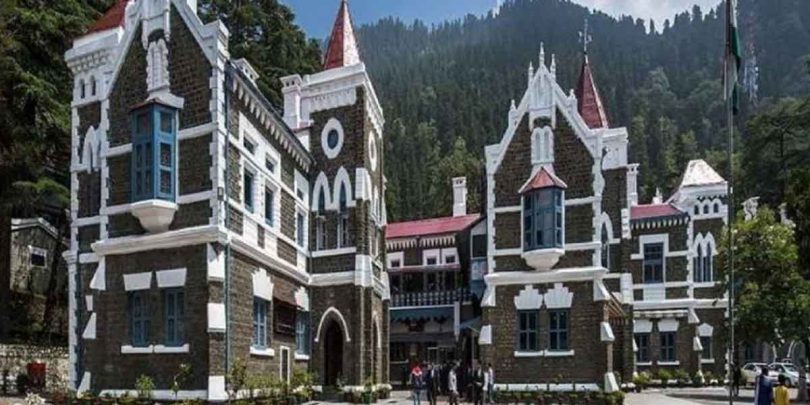 Nainital. Public interest litigation of Ravi Shankar Joshi related to encroachment on about 29 acres of railway land in Haldwani, Uttarakhand and the intervention petitions filed by the encroachers was completed on Tuesday and the court reserved the verdict of these cases. has kept. On the other hand, after hearing the case related to displacement of encroachers, the court has asked the parties concerned to submit counter-affidavit within three weeks. Public interest litigations and intervention petitions related to encroachment on railway land were heard for the last two days in the double bench of Justice Sharad Kumar Sharma and Justice RS Khulbe. Even today, the court heard the same matters for the whole day. In May this year, intervention petitions were filed on the basis of various facts on behalf of about 18 encroachers. The court had kept them on record for hearing. Two of these interventionists withdrew their petition while one petition was rejected by the court.

The court reserved its decision on the remaining petitions. Advocate Rajiv Singh Bisht, appearing for the main petitioner Ravi Shankar Joshi, who brought this matter to light, told that the hearing on the main PIL and all the intervention petitions has been completed and the court has reserved the decision. At the same time, petitioners Mustafa Hussain and Mohammad Gufran, through separate PILs, had sought their displacement and declaration of this entire area as a slum area before the court, respectively, to remove the encroachers. Advocate Siddharth Sah told that the court has directed the Central Government, State Government, Municipal Corporation Haldwani and other parties to submit counter-affidavit in three weeks in the displacement case. It is noteworthy that a PIL was filed on behalf of Haldwani resident Ravi Shankar Joshi in the same year, saying that the High Court had issued an order in 2016 to remove all the encroachers on railway land within ten months. Instructions were given, but no action is being taken against the encroachers by the Railways.

In response to this, it was said on behalf of the Railways that 4365 encroachers were given an opportunity to be heard by issuing notices under the PP Act and notices have been issued to all of them to vacate the land. Meanwhile, some encroachers reached the High Court and it was told that they have not been given a chance to be heard. After this, the court issued an advertisement in the daily newspapers to the High Court Registry giving the last chance to all the encroachers to present their claim. In lieu of this, only 18 encroachers could reach the High Court. In the marathon hearing going on from yesterday, the court heard the side of these encroachers and finally reserved the decision. (talk)