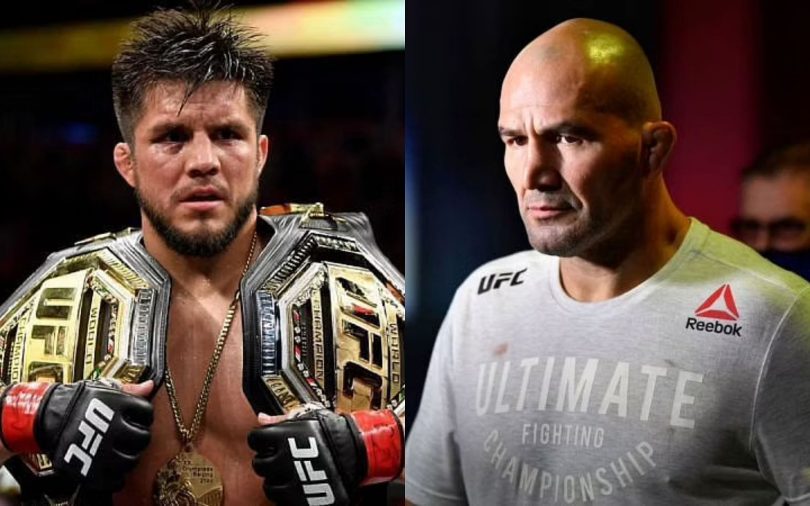 Henry Cejudo believes UFC light heavyweight champion Glover Teixeira still has a long way to go before he can draw comparisons to the former Olympic gold medalist. Teixeira recently claimed that he wants to retire at the end of the year while still being the champion and on top of his game.

The 42-year-old veteran fighter also claimed that he will never fight or talk about stepping inside the cage again after announcing his retirement, unlike Henry Cejudo. The American, who retired in 2020 after defending the bantamweight title against Dominick Cruz, wants to return to the octagon this year.

Henry Cejudo didn’t take Teixeira’s words lightly. In response, he claimed that the Brazilian must first “cement his legacy” in the UFC before comparing himself to ‘Triple C’. Cejudo said he’s accomplished whatever there was to accomplish in the world of combat sports, whereas Teixeira is yet to even successfully defend the title once.

During a recent conversation with ‘The Schmo’, Cejudo said:

“There’s a lot of champions that he has to beat in order for him to cement his legacy because as of right now, he hasn’t even defended his belt. So when you defend your belt is when you can truly say, ‘I am a world champion.’ I never really believed that in the beginning until you do it. You’re like, ‘Okay, the best comer has come after you beat this guy.’ That way you know it’s not a fluke, you beat the second guy you’re officially a world champ.”

Watch the interview below:

Henry Cejudo thinks Jiri Prochazka must get a finish against Glover Teixeira to win the upcoming light heavyweight title clash at UFC 275. According to Cejudo, the Czech fighter must use his prolific striking skills to put Teixeira on the backfoot from the beginning of the fight.

Cejudo believes that if he manages to control range effectively and doesn’t allow Teixeira to tee off on him or take him down by closing the distance using fakes, Prochazka is likely to get a knockout victory:

“If he’s able to win the distance game while with the striking and not allow Glover to inch in for those small little fakes that he does to eventually shoot in, it’ll be an easy, it’ll be a knockout win for Jiri Prochazka.”

This is only Prochazka’s third fight in the UFC and his electric performances have already earned him a title shot. Teixeira will have the edge in terms of experience, but if the Czech fighter manages to land frequently, he could very well put the Brazilian to sleep.