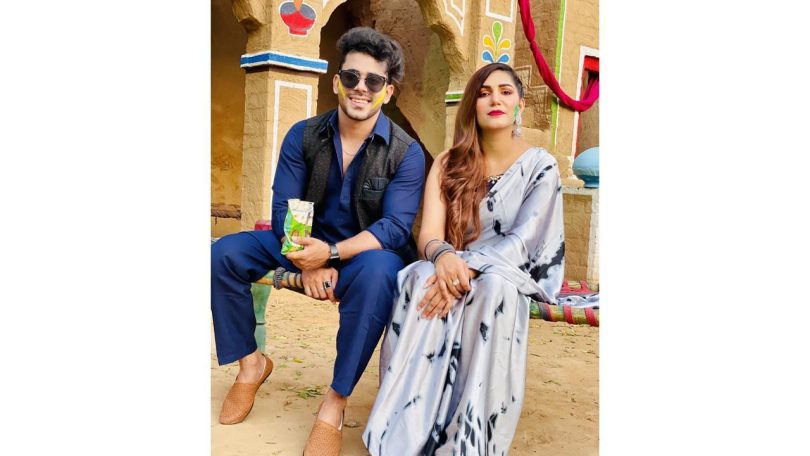 Vivek Raghav is rising fast as one of the most popular actors and models we have in the entertainment industry. With his good looks, charm, and ultimate swagger, he has become one of the most loved personalities both online and offline.

Vivek is active in the Hindi, Haryanvi, and Punjabi industries, the actor and model have featured in several hit songs like Ghungroo Toot Jayenge, Kabootar, Chaal Mastaani, Ghagraa, Sasu Thara Chora, Jalebi and many more. Some of his recently released songs include Hichki, Jhanjhar, Majboori, and Laung Laachi. He has worked with some of the biggest celebs including Sapna Choudhary, Ruba Khan, Anjali Raghav, Renuka Panwar, and Pranjal Dahiya.

The way Vivek lifts the energy of any song and takes it to next level makes him a hot favourite of many. That’s the reason is a rage on social media as well. Vivek shares a lovely relationship with his fans! While the fans look forward to each and every update of his life, he also loves to connect with them regularly be it through live sessions or through comments and DMs.

Vivek Raghav’s reels are immensely popular among his fans and go instantly viral. He also keeps on sharing his photoshoots and stills from his songs with fans that receive hundreds of affectionate comments.

Vivek Raghav is grateful to his family for letting him live his childhood passion. He is also thankful to the fans whose love has made it possible for him to touch new skies. Vivek says he looks forward to all the exciting new things he has in the future and can’t wait to bring fresh music videos for his fans.

Ask Vivek Raghav about his future plans, and he says he aspires to work in Bollywood films and reality shows like Roadies. And we have no doubt that he’ll be a huge hit on TV & Bollywood as well. Vivek Raghav is a huge fan of Ranveer Singh and wants to create magic like him in the world.