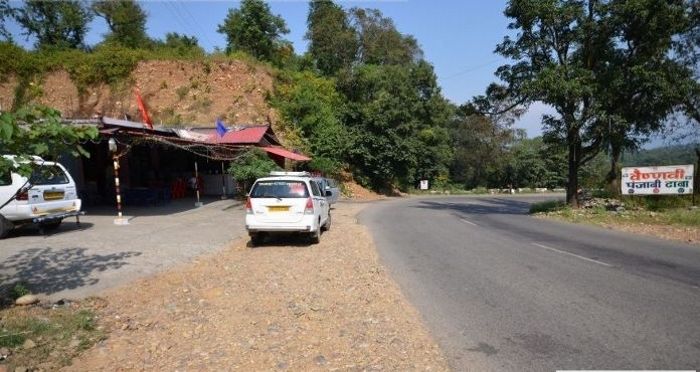 One of the busiest roads of the state, the 70-km Ranital-Amb state highway that links Kangra and Chamba districts with Chandigarh, Delhi, Jalandhar, Ludhiana and Hoshiarpur needs immediate widening keeping in view the high volume of traffic and fatal accidents.

During tourist season, thousands of people use the narrow highway with blind curves every day. The highway has not been widened for the past 30 years though traffic on it has increased manifold.

Pilgrims visiting Chintpurni, Jwalamukhi, Kangra, Chamunda and Baglamukhi shrines also use this highway. During the Navratri fair, which is held twice in a year, hundreds of buses carrying pilgrims from Uttar Pradesh, Haryana, Rajasthan, Punjab and Delhi clog the highway, resulting in traffic jams for hours.

The state government has improved the condition of the highway between Ranital and Mubarkpur but it is yet to be upgraded to a four-lane highway. Traffic jams are witnessed regularly at Dehra-Gopipur, Mubarkpur, Bharwain and Ranital.

The stretch of highway between Dehra-Gopipur and Mubarkpur has also turned into an accident zone.

Dehra MLA Hoshiyar Singh says that he has requested the state government to upgrade the road to four lanes. A senior government officer says that the National Highway wing of the state PWD is looking after the highway at present.

However, keeping in view high traffic volume, a proposal is being sent to the state government with a request to forward the same to the National Highways Authority of India (NHAI) for widening it to four lanes up to Amb via Mubarkpur.