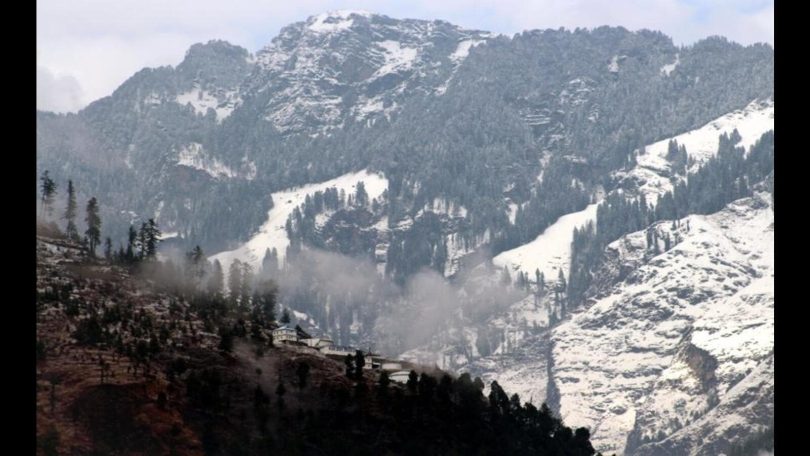 Fresh snowfall on Saturday led to the closure of 245 roads, including four national highways, in Himachal Pradesh but there was no stopping the tourists who were overjoyed as most hill destinations, including Shimla, donned a white mantle in the morning.

The state emergency operation centre said traffic movement on the Manali-Leh National Highway (NH 3), Kullu highway (NH 705), Kinnaur highway (NH 5) and Lahaul-Spiti highway (NH 505) was affected due to heavy snowfall. As many as 177 roads are closed in Lahaul and Spiti district, 21 in Shimla, 14 in Chamba, 11 in Kinnaur, 10 each in Mandi and Kullu, two in Kangra. 623 electricity supply schemes were affected due to the severe weather.

State capital Shimla recorded 6cm of snowfall and 19.8mm of rain taking the minimum temperature down to 0.6 degree Celsius. Tourists were elated and being a weekend, there was a steady rush of traffic from adjoining Punjab and Haryana. Those from far-off places such as West Bengal were surprised to wake up to snowfall. “We didn’t expect to see snow but the sight this morning was mesmerising. It’s been a wonderful experience,” said a tourist from Kolkata.

Manali received 23cm of snow followed by 16cm at Khadrala, 14cm at Shillaro, 12cm at Kufri, 10cm at Bharmour, 4cm at Dalhousie and Kalpa, and 3cm at Keylong.

The Shimla-based meteorological station has forecast dry weather for four days and cautioned of dense fog and cold wave in the lower hills till January 17.

Keylong coldest in state at -7.9°C

The snow and rain have ended the dry spell and reduced the rain deficit in January to 68%.