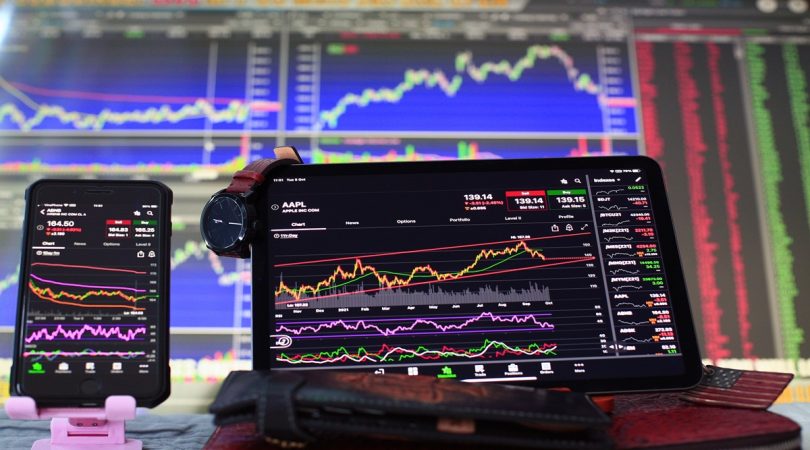 Indian benchmark indices were trading with marginal cuts on Thursday. The BSE Sensex lost 78 points or 0.13% to trade at 61,902, after reclaiming the 62,000 level intraday. The NSE Nifty remains relatively flat at 18,371, down 0.2% after opening in the red, the index reclaimed the 18,400 level before tanking. All of Nifty’s sectoral indices, except Nifty PSU Bank are in the red, with Nifty Metal down 1.27%, Nifty Consumer Durables down 1% and Nifty IT down 0.85%. Adani Enterprises, Tata Motors, ICICI Bank, and HDFC Bank are among the most active Nifty 50 stocks intraday.

Also read: Paytm share price tanks 9%, after Softbank announces sale of shares worth up to $215 million