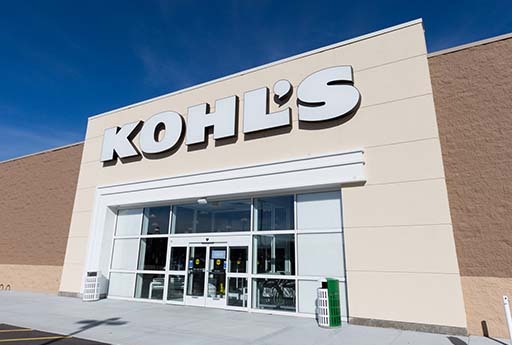 The fourth quarter is the most crucial time for the retail industry, and what happens this year could determine if companies keep opening more new stores, delay or scuttle on any expansion plans or simply shut some brick-and-mortar locations in 2023.

Analysts are predicting that retail sales overall will remain strong during the holiday season despite inflation, squeezed profit margins, overstocked inventory and other economic headwinds. But not everyone may end up a winner, which could slow the brisk pace of U.S. store openings this year as weaker players could face cash shortages if their holiday season is weak.

There’s a lot at stake, a lot of potential repercussions, to the fourth quarter, according to Brandon Svec, CoStar’s national director of retail analytics: It will determine if the momentum of brick-and-mortar growth continues.

For solid retail players, a good fourth quarter and consumer strength will “reaffirm their plans to continue to grow and expand in 2023, versus making them reassess those plans if the fourth quarter is incredibly weak,” Svec said in an interview. A soft quarter may make those stable retailers decide to retrench and pause expansion, he said, while for weaker chains it could “hasten their store closure plans.”

In 2021, a year after the peak of the pandemic, U.S. retailers posted record sales during the holiday period, up 14.1%, as consumers engaged in what the real estate firm JLL described as “revenge shopping,” releasing pent-up demand. This year’s fourth-quarter spending may not keep up that pace, but what happened in the earlier part of this year is expected to carry into the holidays: Americans are opening up their wallets and shopping at brick-and-mortar sites — or picking online orders at physical stores.

But Americans — even middle-income households — are still watching their spending, becoming more choosy about where they buy essentials such as groceries. That’s a boon to companies such as Walmart, the nation’s largest retailer, and the dollar chains, which have been voracious openers of new stores around the country. It’s also a headache in the fourth quarter for those retailers that are being abandoned or that sell nonessential wares such as apparel and consumer electronics. And costs are rising for some chains — for their distribution networks and for eliminating and discounting excess inventory.

For companies particularly struggling to boost revenue and profits — including department store chain Kohl’s, based in Menomonee Falls, Wisconsin, and home-goods purveyor Bed Bath & Beyond, headquartered in Union, New Jersey — it could determine their ability to keep running with the same number of stores, analysts say.

“It’s certainly the most important quarter of the year, no doubt about it,” James Cook, director of U.S. retail research at JLL, told CoStar News. “So if there were a make-or-break quarter for retailers who’ve been struggling, this is going to be it, absolutely. If you can’t be successful this quarter, you’re in real trouble.”

Neal Saunders, managing director at GlobalData, similarly expects that “this holiday will also see performances polarize as some retailers march ahead and others fall back. … This is a marked change from last year, when a rising tide of spending floated all retail boats.”

In the final quarter this year, retailers aren’t expected to face the severity of supply chain snafus that plagued them last year, according to analysts.

“For many retailers the supply chain issues of a year ago have subsided,” Stephanie Cegielski, vice president of research and public relations for ICSC, a major trade group for the retail industry, said in an email. “While some retailers are still experiencing issues it does not appear to be as significant as in 2020 or 2021.”

But there are still higher costs associated with getting merchandise. And retail has other challenges, mainly adjusting to shifts in consumer spending from goods to services. To address the issue, some retailers are canceling orders and heavily discounting. That’s already cut into the profits of some merchants, and it may continue to do so, as a number of companies reported for the second quarter.

“The biggest challenge for retailers isn’t about generating sales — most will be able to do that quite easily — it is being able to do so profitably,” Saunders said in an interview. “Retailers’ costs have risen dramatically over the last year and they are not passing all of that across to the consumer in the form of higher prices. That means margins are compressed. This dynamic will be exacerbated by the need to discount both to clear down excess inventory and to stimulate the consumer. On discounting, I expect retailers to offer some fairly generous headline deals in the fourth quarter.”

High inflation, the threat of a recession and the war in Ukraine haven’t put a huge crimp on consumer spending yet this year, but there has been an effect that’s likely to continue into the fourth quarter.

“Right now, inflation is the real headwind and consumers are really feeling that, and it doesn’t matter to them whether you say they’re in a recession or not because they know their groceries are suddenly a lot more expensive,” Cook said. “They’re paying more and getting less, and that’s affecting all retailers right now.”

Middle- and lower-income shoppers are “trading down,” according to Cook, going to shop at places like value and off-price retailers, and that trend will continue as long as there’s high inflation. But Americans are still shopping.

“The headwinds continue to be supply chain challenges — costs less so probably at this point around timing and more just around overall costs,” David Silverman, a senior director at Fitch Ratings, told CoStar News. “The biggest challenge that we see kind of impacting these retailers is the alignment of inventory and top line. In other words, many companies across segments have too much inventory because they assumed that the 2021 top-line levels would stick around through 2022.”

The excess inventory issue led a number of retailers to lower their full-year guidance to Wall Street.

“We find ourselves in the midst of cross currents, because especially as we think of it from a retail perspective, we know that inflation is weighing on the consumer,” Svec said. “We’ve seen big shifts in spending. But the most recent data from the last few months show energy prices starting to come back down. … We’ve seen gas prices continue to ease down. And given that the labor market remains still very strong, unemployment very tight, income growth remains robust — overall, the consumer still sits in a relatively strong place.”

Acknowledging that inflation has taken some excess spending ability out of the market, Svec said, “Overall the consumer still remains in a very, very healthy place, is still continuing to spend on goods and services at a very fine clip relative to pre-pandemic levels, and that’s still supporting a very robust retail sector.”

The numbers support what the analysts are saying about how spending is trending. U.S. consumer sentiment rose in early September, according to the University of Michigan. And retail sales increased slightly in August.

In what could be a bellwether for the entire fourth quarter, and a look at what may happen despite the headwinds, this week the National Retail Federation released the results of its annual Halloween survey, which forecast that spending for the spooky holiday is expected to hit a record $10.6 billion, exceeding last year’s record of $10.1 billion.

Participation in Halloween-related activities is expected to rebound to pre-pandemic levels, with 69% of consumers planning to celebrate the holiday this year, up from 65% in 2021 and comparable to 68% in 2019.