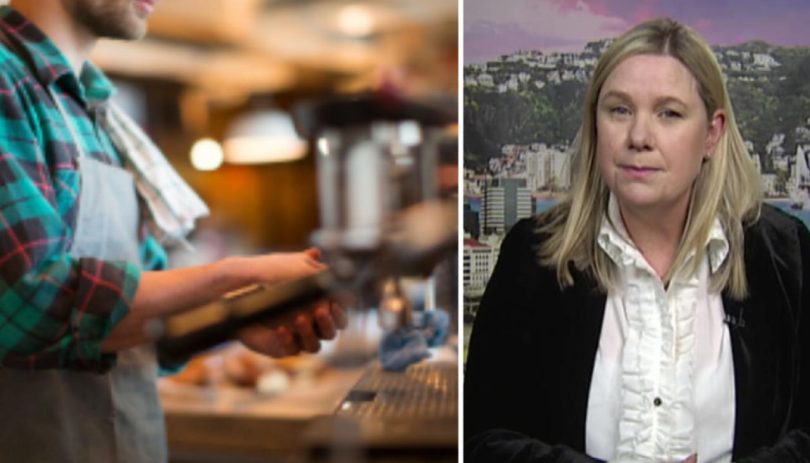 Hospitality NZ is denying wages and working conditions are to blame for staffing shortages in the industry.

Cafes and restaurants around the country are being forced to reduce their hours or close entirely as the sector struggles to find workers. It’s not the only industry struggling – staffing shortages are hitting across the board including in healthcare, agriculture and many more sectors.

Despite the staffing issues affecting several industries and an extremely low unemployment rate of 3.2 percent, Immigration Minister Michael Wood suggested working conditions might be to blame for hospitality’s struggles.

“Employers in sectors that continue to pay low wages with insecure working conditions also need to consider what changes they will make to be genuinely attractive places to work,” Wood said when asked about chronic labour shortages in July.

AM co-host Ryan Bridge asked Julie White, CEO of Hospitality New Zealand, if low pay is to blame for the industry’s woes.

She told AM on Monday this might’ve been true in the past but it’s not currently.

“I think that narrative could’ve had some truth in it prior to 2019, but we recently did a remuneration survey and we are actually above the living wage … So I would actually push back on that strongly,” White said.

The current living wage is $23.65 per hour. Cooks at KFC are being offered $25.80 an hour with no experience necessary.

White believes “the industry is actually pulling up their socks” and training more and paying more.

“But we’re out of step with the COVID-19 recovery … The problem is we just don’t have enough people and we’re not the only industry that has a workforce crisis. The Government knows this and it’s the Government’s role to step up now and actually help us.”

Recent data from the University of Auckland showed almost half of New Zealand’s hospitality staff have experienced or witnessed harassment in the workplace and over 80 percent said they received no training in their roles.

According to Careers NZ, the median salary for the hospitality and tourism industries was $50,000 a year in 2020.

White said the sector is also pleading with the Government to make it easier for foreign workers to enter New Zealand as the industry deals with worker shortages.

“Some of our members are literally at the breaking point, they literally cannot open their businesses without these chefs, so something has to be done at a Government level to really address the failings of this current policy,” she said.

A Queenstown employer recently had his application denied for an overseas chef to work in New Zealand.

The chef has a decade of industry experience, including three years at culinary school but his application was declined last week because he didn’t have the equivalent of the NZ certificate in cookery level four.

Level four in cookery is a year-long, full-time course designed for “aspiring chefs” and included health and safety, standard operating procedures, as well as applying “fundamental cookery skills in a commercial kitchen”, the promotional material states.

But after the employer applied to NZQA for an assessment to measure the chef’s qualifications and experience against New Zealand’s standards, the chef was judged to only have a “certificate at level 3”, meaning he doesn’t qualify for entry as a chef.

Responding to criticism, Prime Minister Jacinda Ardern told AM on Monday the example of the chef being denied entry was an “unusual example”.

“I have spoken with the Minister of Immigration. I just think we need to go back and just double check that particularly for that sector because we know there’s a lot of pressure there, and that it’s working as we would expect,” Ardern said.

“Some areas where you’ll have qualifications that they’ll then try and match to the equivalent of New Zealand qualifications and I think that’s where this issue has arisen. So I’m going to ask Immigration New Zealand to just go and check that we’ve got the settings right.”