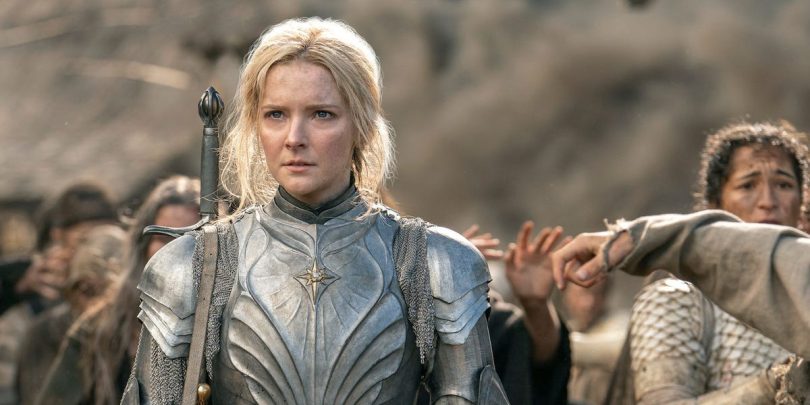 Now that Amazon Studios’ top-secret, $1 billion “Lord of the Rings” prequel series has finally premiered, Hollywood insiders are eagerly awaiting any glimpse into how well “The Rings of Power” has performed for the streaming service.

On Saturday, Amazon announced that more than 25 million viewers around the world had checked out the series on its first day on Prime Video, making it the platform’s biggest premiere ever. Word from critics has been largely positive, with a few unconvinced.

And as of Monday, “Rings of Power” was still at No. 1 in the U.S. on Prime Video’s Top 10 list — not unexpected, given the massive investment and promotional push the company has made behind the project, including global red-carpet premieres in London, Los Angeles, Mumbai, and Mexico City as well as special screenings in New York.

But what counts as a view for the series is not explicitly clear, and how Amazon Studios will measure success of the show is not dependent on views alone, Insider has learned.

Amazon, like other streamers, reveals very little audience data — even to its own creators. Nielsen measures viewership of Amazon Prime Video and other streamers like Disney+, but only through TV sets, meaning it misses out on mobile and desktop views. Companies like Parrot Analytics and Whip Media measure demand and sentiment around streaming shows, but there’s no single standardized measure for self-reporting among the streamers themselves.

Not only with what they divulge publicly, but also internally, every platform slices and dices data differently. Netflix, for instance, looks at hours viewed in the first 28 days after a title has been released on the service.

As a former Amazon Studios exec told Insider, one basic internal metric the Jeff Bezos-founded streamer looks at is PVC, or Prime Video Consumption — i.e. what percentage of all streams during a certain period a particular project represents. The company will also examine how many inactive Prime members (who have not streamed any Prime Video content in 30 days) log onto the service to watch the show and what percentage of viewers complete the entire first season, this person said.

There’s also perhaps the company’s most significant goal: how many new customers subscribe to its $139 annual Prime membership service in order to watch the series.

Amazon Studios has historically looked at “cost per first stream,” according to a 2018 Reuters report, which holistically evaluates the cost of a series, its viewership, and Prime membership growth. Four years is a lifetime in the ever-changing streaming market, but the former exec told Insider that cost per stream remains a key metric for leadership.

The lower that cost per stream the better, but given the massive price tag for “Rings of Power” — Amazon spent $250 million alone for the rights from Tolkien’s estate, plus a reported $460 million-plus on production in New Zealand — the former Amazon Studios exec told Insider that that figure is expected to be “astronomical” for the fantasy show.

There’s an art as well as a science to analytics, the former exec said, adding that Amazon data wonks, who typically know within the first week if a project is going to trend well, will be looking to spin “Rings” numbers into the sunniest possible story.

“If it’s not the highest-performing thing Amazon has ever done, it’s a failure,” said a second former Amazon Studios insider. “But the outside world may not ever know.”