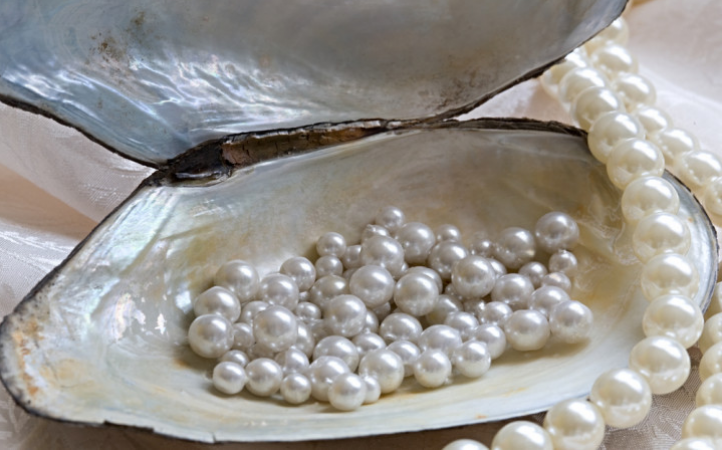 colombo: When Ibn Battuta arrived in northern Sri Lanka, the Jaffna Kingdom’s ruler greeted him with pearls more beautiful than any he had ever seen.

The famed Moroccan explorer’s ship arrived in Puttalam in September 1344, and he spent a few days there entertaining the king, who was interested in his voyages, and visiting Adam’s Peak, a mountain revered by Muslim pilgrims as the location of the first man and prophet’s footprint.

Ibn Battuta detailed the journey in his “Travels,” focusing much of his attention on pearl reefs and pearl hunting — one of the main revenue earners for the Jaffna king’s coffers.

In his memoir, he wrote that the gems he was given were “wonderful pearls, the biggest and most beautiful pearls in the world!” But he was not the island’s first Arab visitor.

Those who arrived in Sri Lanka centuries before Ibn Battuta were the ones who developed pearl fishing and elevated the mollusk-formed gemstone to become the island’s most valuable aquatic resource.

According to Abdul Raheem Jesmil, development officer at Sri Lanka’s Department of Archeology, whose research focuses on the history of Sri Lankan Muslims, the first Arab visitors to the island arrived in pre-Islamic times, around the 3rd century B.C.

At the time, the only people who traded with the island were Arabs from the Arabian Peninsula and parts of Mesopotamia. “They came looking for spices like cardamom, cinnamon, cloves, and white pepper,” Jesmil explained. “While they were here, they discovered that some parts of the island’s ocean were rich in pearls… They shifted their focus to pearl diving.”

Pearl diving has been practised for thousands of years and was the main source of wealth in many Arabian Gulf communities in ancient times. During the pearling season, men from these regions would spend months at sea on expeditions, while families awaited them on the shore and performed rituals to ensure their safety.

Also Read: Police and environmental activists fight at a coal mine in Germany

When Arab traders arrived in Sri Lanka, they immediately recognised the value of the island’s pearl beds and explored the island’s northwestern coast. Pearls were first discovered in oysters in the Gulf of Mannar, off the coasts of Mannar, Chilaw, and Kalpitiya.

They were highly valued by the aristocracy of ancient Rome, and chroniclers in the second century A.D. described how they were brought by ships charting the Indian Ocean or by caravans. Divers began to explore the areas south of the pearl-rich gulf as the industry grew in importance and expanded over centuries.

They discovered new locations from Beruwala to Hambantota, which run from the western coast to the southern coast,” Jesmil told Arab News, adding that the industry was so lucrative that many Arab pearl traders settled in Sri Lanka and married local women, mostly from the Tamil communities involved in their business.

While little is known about any remaining artefacts documenting the presence of pre-Islamic merchants from the Middle East, such evidence is abundant after the advent of Islam, especially as Arab influence entered the spheres of culture and religion.

“These Arabs built the first mosque in Sri Lanka… Al-Abrar Mosque stands as a monument of Arabian culture,” Jesmil said, referring to a mosque in Beruwala built in 920 A.D. It is Sri Lanka’s oldest surviving mosque and widely regarded as the country’s first.

Later European manuscripts show that until the 19th century, the gathering of pearl shells from the sea, processing, and trading were dominated by Arabs and Tamils, who were thought to be the best divers.

Pearl fishing began to struggle under another colonial power, Britain, which took over a century later. For more than two millennia, the waters were one of the most abundant sources of natural pearls in the world.

After a series of failed attempts by the British to revive the industry, it received a final blow in the 1920s with the introduction of the cultured pearl by the Japanese.

After Sri Lanka gained independence, some pearl hunting continued, but it is now nearly extinct. While Sri Lanka is still a well-known jewellery producer, the gemstones that once made the country famous are no longer in demand.

“In Sri Lanka, pearl fishing is a dying industry; the gemstones have been superseded,” he said.