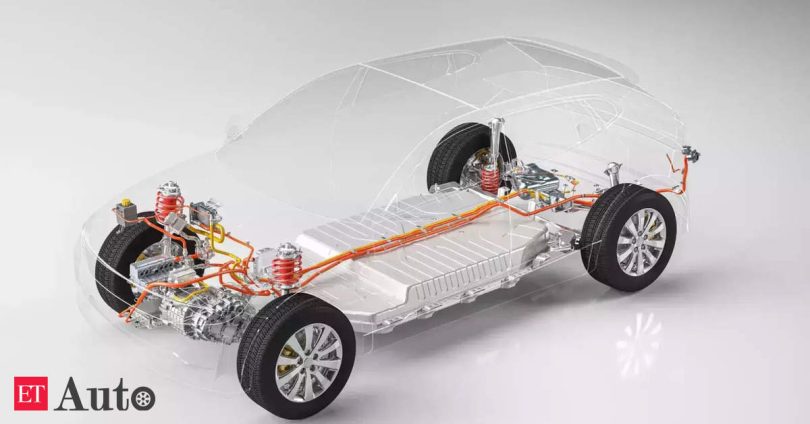 The individual cells in most rechargeable EV batteries today have the same basic components: Electrodes, electrolyte and separator. The positive electrode is called the cathode; the negative electrode is the anode.

The cathode is the single most expensive element, accounting for up to a third of the cost of a battery cell. Most lithium ion batteries today use one of two types of cathodes: Nickel cobalt manganese (NCM) or lithium iron phosphate (LFP).

Because lithium is stored in both cathode and anode, these cells are generally known as lithium ion. The separator, as its name implies, keeps the cathode and anode from touching each other and causing an electrical short.

Most anodes use graphite or a silicon-graphite blend. The separator often is made of porous plastic to enable ions to flow between the electrodes. The electrolyte is a liquid, gel or solid blend of chemicals and additives; ions travel between the positive and negative electrodes through the electrolyte.

Different materials can be used in each of the battery’s key components; different combinations will have different effects on various aspects of battery performance, from how much energy can be stored to how quickly or how many times the battery can be charged.

A number of startups are betting on two cheaper and more widely available raw materials – sodium chloride and sulfur – to bring down battery costs and reduce the industry’s reliance on China.

Sodium ion batteries do not need lithium, cobalt or nickel – the three most expensive battery ingredients – but need more research and testing to increase their energy density.

Sulfur lithium batteries still rely on lithium in smaller quantities, but do not need nickel or cobalt. Sulfur has huge potential because of its capacity to hold a lot of energy, but startups have to overcome the fact that it is also highly corrosive.