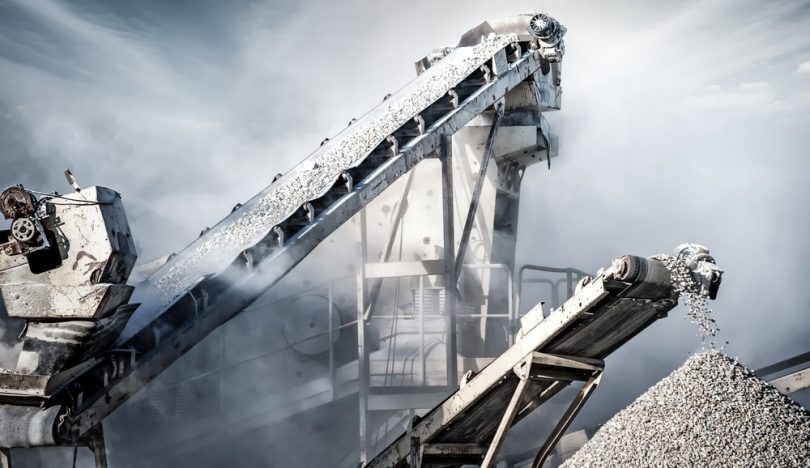 A group of researchers recently published a paper in the journal Materials that investigated the feasibility of using crushed macaúba endocarp as a bio-aggregate in a cement mix.

The development of non-conventional materials has facilitated the designing of an extensive range of novel structural elements that can be exposed to various loading and environmental conditions.

For instance, bio-aggregates, such as wood particles, bamboo, and coffee husk, allow the preparation of lightweight bio-concretes, while artificial aggregates facilitate the production of concretes with improved strength and crack induction.

The advancement of cement-based composites primarily depends on the optimization of the binder constituents, specifically the cementitious matrix-aggregate interface that affects all types of cement-based materials, ranging from ultra-high performance to regular materials.

The rise in the interfacial transition zone (ITZ) packing density between the aggregate and cement matrix plays a crucial role in improving the durability of the material and endowing required mechanical properties.

Although several studies were performed to evaluate the ITZ properties between the cement matrix and aggregate, standard procedures have not been adapted to investigate the ITZ between bio-aggregates and cement matrix until now. 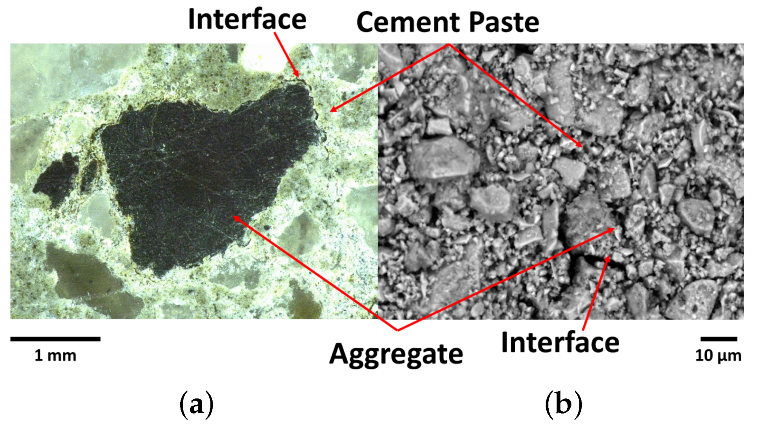 Group 1: investigation of the interactions between the aggregate and cement-based matrices by image analyzes: zommed-in views for (a) macaúba endocarp and (b) river sand embedded in cement paste. Image Credit: Ferreira, S.R et al., Materials

In this study, researchers investigated the bond behavior between a cement-based matrix and a bio-aggregate using both experimental and numerical approaches to determine the feasibility of using the aggregate as an eco-friendly construction material.

The experimental evaluation of the bio-aggregate was comprised of image, chemical, physical-chemical, and mechanical analyses. Granitic rock, a mineral aggregate used extensively as coarse aggregate in the civil construction industry in Brazil, was used as a reference.

The standard American Society for Testing and Materials (ASTM C136) and a HORIBA LA-950V2 type laser particle analyzer were used to determine the particle size distribution of the aggregates and cement, respectively.

Researchers also measured the density, assessed the water absorption capacity, and performed chemical analyses of the bio-aggregates. A multichannel semi-adiabatic calorimeter with a PIKO logger TC-08 was used to perform calorimetry analysis on cement pastes hydrated at 25 oC.

Scanning electron microscopy (SEM) and light and laser microscopy were performed to obtain a general view of the endocarp microstructure and topography and roughness profile of the bio-aggregates, respectively.

A V-Tomex-M was employed for the microcomputed tomography (microCT) scan. The parameters selected for the scan of each sample were 100 kV voltage, 180 µA current, 300 ms per projection exposure time, seven frames, 10.43 magnification, 19 µm voxel size and pixel size, and an overall 1500 images.

The Phoenix Datos software was utilized to perform three-dimensional (3D) reconstructions, in which a mathematical edge-enhancement filter was used and beam hardening correction and slice alignment were implemented to realize a better contrast between pores and the rock matrix.

VG Studio Max v. 3.0 software was used for the two-dimensional (2D) and 3D visualization. The compressive strength test of both semi-ellipsoidal-shaped bio-aggregate and cement paste was performed.

Lastly, the bonding between macaúba endocarp/granitic rock and the cement-based matrix was evaluated using an adapted pull-out test. These tests were performed after the cement paste was cured for seven days.

A 3D linear analysis was performed using the finite element DIsplacement ANAlyzer (DIANA) 10.5 software to simulate the mechanical behavior of the pull-out tests. A semi-ellipsoidal-shaped shell-shaped macaúba endocarp with constant thickness was utilized while developing the numerical model.

An incremental-iterative solution procedure was employed for the nonlinear analysis using Secant Method for the iterative procedure and displacement control for the incremental procedure.

The water absorption capacity of the bio-aggregate was 9%, which was substantially lower compared to wood and other bio-aggregates, leading to lower shrinkage. Moreover, the lower shrinkage reduced the dimensional variation, which facilitated a good adhesion between endocarp and cement. 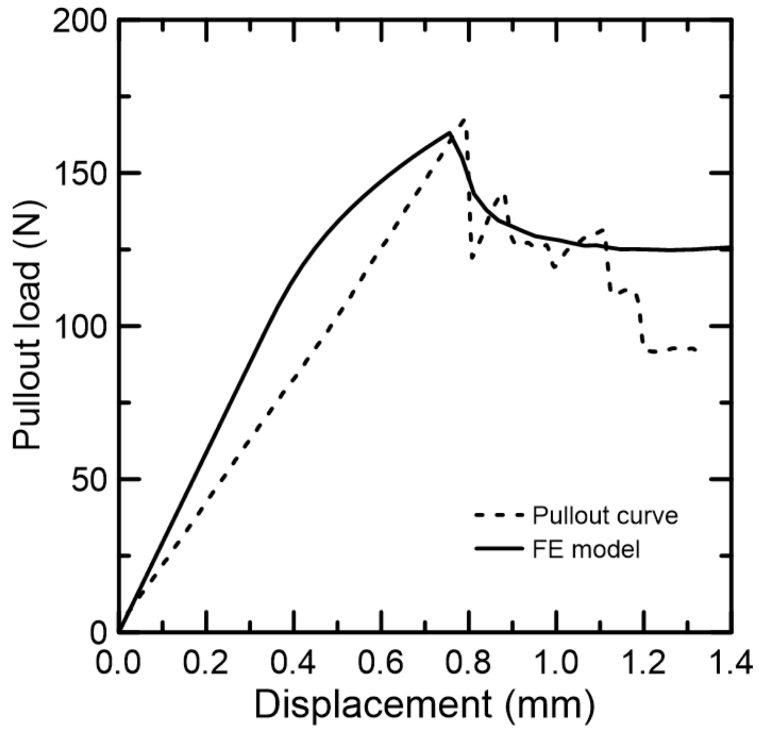 Complete debonding between the crushed endocarp and the cement paste was observed at approximately 175 N pull-out load, which was 55% of the granite’s pull-out load. Up to this load, a similar linear elastic branch was observed between the granite and endocarp, which indicated that lignocellulosic materials with a lower shrinkage do not lead to premature debonding from the cement matrix.

To summarize, the findings of this study effectively demonstrated the feasibility of using crushed macaúba endocarp as a bio-aggregate in concretes.


Disclaimer: The views expressed here are those of the author expressed in their private capacity and do not necessarily represent the views of AZoM.com Limited T/A AZoNetwork the owner and operator of this website. This disclaimer forms part of the Terms and conditions of use of this website.