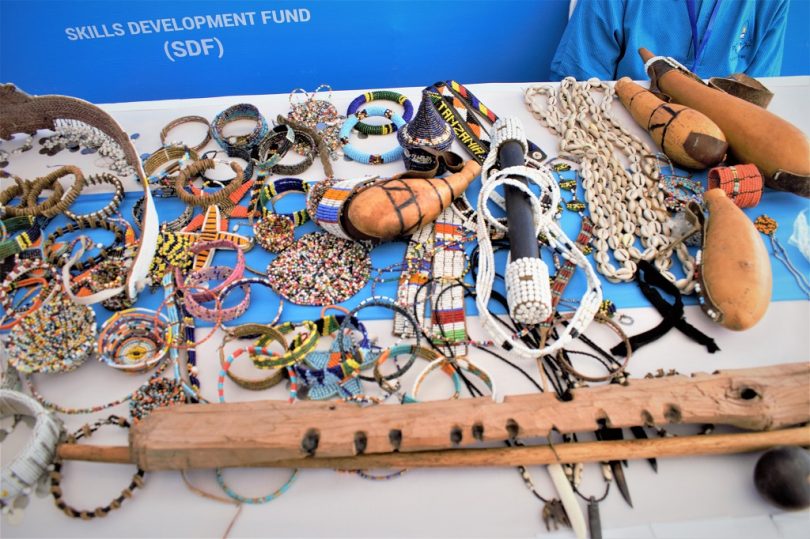 By The Citizen Reporter

Dar es Salaam. Cultural tourism has become an attraction for many visitors to the country, who mostly want to study some customs and traditions of various ethnic groups, especially the traditional cuisine and its preparation.

Many tourists who come to the country have different aspirations for learning objects where some of them prefer cultural tourism to learn the traditions and customs of various tribes including the Maasai tribe.

The tourism industry is one of the six priority sectors that receive grants from the Skills Development Fund (SDF) for the purpose of providing tourism training and hospitality services in the country. The fund is part of the Education and Skills for Productive Jobs (ESPJ) programme and the National Skills Development Strategy – NSDS).

SDF is managed by the Tanzania Education Authority (TEA) and receives funding from the World Bank and the government of Tanzania through the Ministry of Education, Science and Technology.

In the Tourism training provided through the SDF grant, cultural tourism has proved to be a powerful force due to many visitors being attracted to the traditions and customs of various ethnic groups.

This was confirmed by the beneficiary of the training provided by SDF, Mr Lamnyaki Laizer from the Mto wa Mbu in Arusha region during an interview at the Vocational Education and Training Exhibition in Dodoma last week.

Mr Lamnyaki noted that cultural tourism has been attracting many tourists to the country, especially the indigenous cuisine of the various ethnic groups where the visitors love to learn how to prepare and eat such foods.

“Many people love to see the Maasai slaughter and burn meat for eating,” said Mr Lamnyaki.

He added that, “some are attracted to Maasai clothing but also to other tribal cultures such as how Chaga are able to make alcohol from crops without sending it to factories for processing.”

He said that he received training on how to cater for visitors at the Mto wa Mbu Community Development College in Arusha region through the SDF grant where he learned Cultural Tourism and how to take tourists to places of interest such as wildlife parks or mountains.

He noted that for his part, cultural tourism has become a major attraction, especially through Maasai traditions and customs as many of the visitors enjoy visiting the group’s communities to learn how they live, their food, clothing and cultural products.

“After having finished Form Four in 2012, I returned home and continued to look after livestock, I wanted to continue my schooling but the family economy did not allow it, later I went to the Community Development College at Mto wa Mbu, a training that enabled me become a tour guide and tourist service provider,” he said.

He further exudes to The Citizen that he later saw an opportunity in cultural tourism and natural products and then decided to go self-employed to start making a variety of items using beads and fruit seeds from the field including earrings and belts, products that have been attracting many visitors.

He adds that, after the training he recruited 13 other young people and now they are united and working together in making various cultural items and teaching visitors about the Maasai culture as part of their services.

He explained that Mto wa Mbu is a place where many tribes live and the main activities of the economy involved tourism, agriculture and animal husbandry.

The tour guide also said that cultural tourism had become a major attraction for visitors as they love to interact with the locals to learn the traditions, customs and cultures from the respective communities.

He said the aim of the training was to close the skills gap for citizens engaged in tourism and to help young people become self-employed and create jobs for others.

The coordinator further observed that SDF was a Fund that aimed to enable training institutions to increase quality and efficiency in providing skills training and vocational training in the six priority sectors in the country.

He added that the cost of the project is approximately Sh9.7 billion and 23 regions have benefited and more than 80 projects have been initiated through the SDF grant.

He said that, through the project many young people have been self-employed, opened companies and set up various productive projects while others go further by creating jobs for other young people.

However, Nyirenda said that the biggest challenge was receiving more applications than the available resources.

“We provide a lot of good training but young people need capital, some go to their councils to apply for loans in vain and thus failing to use their skills practically, but there are some councils that provide loans to young people and the fruits can be vividly seen,” he said.