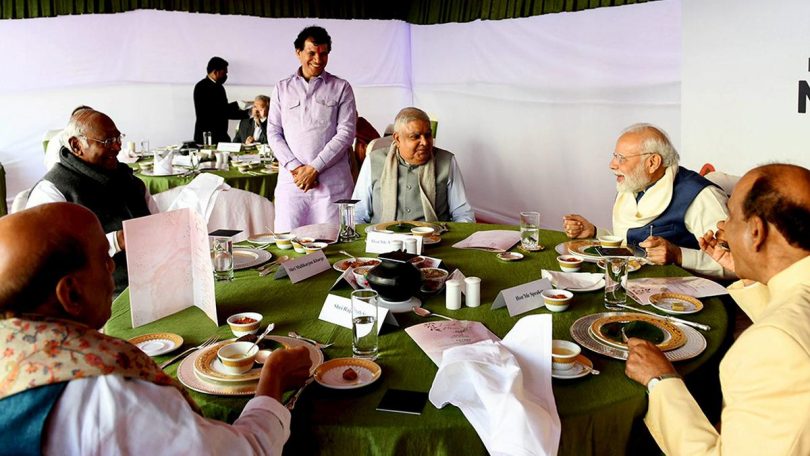 What is the international year of millets all about, what is the objective?

As proposed by India, United Nations General Assembly (UNGA) has declared 2023 as International Year of Millets (IYM). Prime Minister Narendra Modi aims to make IYM 2023 a ‘People’s Movement’ and also to position India as the ‘Global Hub for Millets’.

How has the Indian government taken a lead in spearheading this? What is the government’s plan of action?

In April 2018, millets were rebranded as “Nutri Cereals” and the same year, the government declared it the National Year of Millets with the objective of generating more production and demand. On December 6, 2022, the Food and Agriculture Organization (FAO) organised the opening ceremony for the IYM 2023 in Rome, which was addressed by Agriculture Minister Narendra Singh Tomar. A delegation of senior government officials from India also participated. The Department of Agriculture and Farmers Welfare last month hosted a special ‘Millet Luncheon’ for the Members of the Parliament, which was attended by Vice-President Jagdeep Dhankar and the Prime Minister.

Millets have been made an integral part of the G-20 meetings and delegates will be given a true millet experience through tasting, meeting farmers and interactive sessions with start-ups and FPOs.

The Ministry of Sports and Youth Affairs has planned 15 activities in January — engaging sportspersons, nutritionists and fitness experts through video messages, conducting webinars on millets with leading nutritionists, dieticians and elite athletes. The Ministry of Food Processing Industries will be organising Millet Fair-cum-exhibitions in Andhra Pradesh, Bihar and Madhya Pradesh. FSSAI will organise Eat Right Melas in Punjab, Kerala and Tamil Nadu.

Chhattisgarh, Mizoram, Rajasthan, Maharashtra, Uttarakhand and Punjab are scheduled to carry out specific activities for sensitisation and promotion of IYM besides conducting millet-centric activities including mahotsavs/melas and food festivals, training of farmers, awareness campaigns, workshops/ seminars, placement of hoardings and distribution of promotional material in January.

The Agricultural and Processed Food Products Export Development Authority (APEDA) will be participating in a trade show in Belgium where it will showcase the diversity of Indian millets. Indian embassies across more than 140 countries will be participating in celebration of IYM during 2023 by conducting side events involving the Indian diaspora through exhibition, seminars, talks, and panel discussions.

Why is increasing the consumption and production of millets important to India?

Millets are primarily grown during the kharif season in rainfed areas as these crops require less water and agricultural inputs than other cereals. Millets production has great potential to generate livelihoods, increase farmers’ income and ensure food and nutritional security, not only in India but also in other parts of the world. Unless consumption is increased, the demand will not be generated to motivate farmers for shifting to millets.

Increasing consumption in India will help improve people’s health since millets contain many nutrients and minerals crucial for the human body. Millets are rich in dietary fibre and this helps control blood pressure and sugar levels. Though the awareness of the health benefits of millets has improved post-Covid, there is still a long way to go. Production of millets is crucial to promote its consumption and meeting future demand.

Can the government policies, (eg MSP) play a role in increasing millet production and use in India?

Even though MSP of millets (ragi, bajra and jowar) has been raised by 80-125 per cent between 2013-14 and 2021-22, their combined production has dropped by 7 per cent to 15.6 million tonnes during the last eight years. While Bajra output has been stagnant, both jowar and ragi production has declined. This points to the requirement of policy-level intervention so that farmers get remunerative prices for millets and their returns become higher than that of crops such as paddy.

Is there a viable export market for Indian millets?