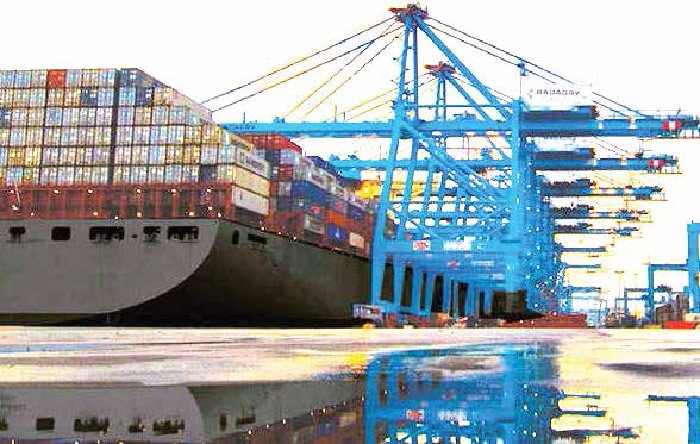 In this piece, ANOZIE EGOLE looks at several challenges bedevilling the Nigerian maritime industry and how to fix them to attract more patronage

Before the idea of port concession was conceived precisely in 2006, many stakeholders and players believed that there were missing links in the industry.

With the concession of terminals to private operators, there was a sigh of deep relief as it was believed that the idea would drive more efficiency, reduce turnaround time for vessels, guarantee security of cargoes at the ports and generate the needed revenue.

However, a decade after the concession, efficiency and effectiveness seem to have eluded the ports as regulatory agencies and concessionaires pay little or no attention to the things they are supposed to do, according to industry watchers.

Some players say that godfatherism and political interference seem to be making a section of the industry appear above the law.

They disobey different roles guiding global shipping such as availability of holding bays for empty containers, provision of infrastructural facilities and adequate equipments for cargo handling, amongst others.

They claim that the maritime sector, which has generated 21 times more revenue than the aviation industry, has been neglected by the Federal Government as no intervention fund has been given to it in the last 10 years.

They further say that the government has failed to disburse to ship owners the Cabotage Vessels Financing Fund, which was contributed to by ship owners to help boost the sector.

For a member of Shippers Association Lagos State, Jonathan Nicol, there were no infrastructures at Nigerian ports today, unlike when the terminals were still under the management of the Nigerian Ports Authority, NPA.

He said that when facilities were still under the management of NPA, there was harmony between the service providers and users, with utmost respect for each other, adding that the major issue was the government’s inability to equip the agency with modern facilities.

“Infrastructures are absent in our ports unlike the early days when NPA was in charge. There was harmony between the service providers and users with utmost respect for one another. The only error was the government’s inability to equip the NPA with modern technology, especially with equipment to service the users of the facilities.  NPA was a problem solver and this attitude trickled down to other service providers, including the Nigeria Customs Service.”

Nicol said that the economic structures started collapsing in 1984 when politicians began to care more about wealth acquisition than infrastructure-building.

“Laws are not created as part of life. They are designed to check excesses. Somehow, from 1984, our economic structures began to collapse with the coming of politicians whose main concern was to amass wealth. The systemic collapse of human interactions tied to monetary conditions or what is termed ‘bribery’ took centre stage in our maritime sector.”

According to him, “To revert to human decency, the old culture of doing business with less monetary exchange must be eliminated. Government interventions have not helped much.  Some service providers hide under the collapsed economic conditions to survive. And it is unfortunate. Maritime sector is known as the second largest revenue earner in Nigeria. The secret of this enormous wealth is the cargo.  The owners of cargoes have minimal protection for them.

“Clearing cost is abnormal, transportation costs are abnormal, and invasion of government agencies operating in the ports abnormal. They rather increase costs of doing business.  At the moment, the relationships between the users of facilities and service providers have been broken with government regulations, even with export cargo.

“All the blockages must be removed, so that shippers or cargo providers will be able to determine how much it will cost to clear cargoes. Exchange rates have to be stable.  Naira devaluation must be controlled. The economic stability of a country is judged by the stability of her currency.”

A ship owner, Dada Labinjo, said that the sector deserved its own ministry as obtained in the aviation industry.

He said in the last 20 years, the sector had not got any intervention from the government despite generating huge revenue to the country.

“The government, to the best of my knowledge, has never given 1 kobo as an intervention to shipping. But that is the sector that generates the greatest revenue. For us, we have been buying diesel, which we use to run our ships, at more than this amount for years now and nobody has thought about it.

“Nigerian ship owners have been contributing towards the Cabotage Vessel Financing Fund and we have done that for 18 years. Yet we have not been given one kobo. There are no similar contributions for aviation operators. The implementation of the Cabotage Act was not done to promote business in Nigeria; it was done to spoil business in Nigeria. The activities of maritime government agencies stifle shipping businesses.”

A member of the National Association of Government Approved Freight Forwarders, Stanley Ezenga, stated that there should be ease of doing business in the maritime sector, noting that too many bottlenecks were scaring shippers away from the sector.

Also speaking, a former director at NIMASA, Olayemi Abass, advised the country to change its terms of trade from the Free-on-Board to the Cost, Insurance and Freight.

He said, “We need to change our terms of trade from FOB to CIF, review and harmonise different charges and levies by government agencies. We need to metamorphose the NSC to National Transport Commission immediately, complete and activate all inland dry ports, complete and activate all freight stations, enhance and modernise cargo inspections, and implement the single window trade platform.

“We also need to reduce time for Customs’ examinations and release goods being kept. There should be a stable and simplified Customs’ tariff structure, improved management of all related government agencies, effective regulation and monitoring of port concessionaires, early submission of electronic manifests, improved welfare  training and productivity of dockworkers as well as transparency and honesty of all stakeholders amongst others.”

According to Labinjo, “Nigeria does not still understand shipping as it should be. If they do, our situation would be different. A country with so much vast coastal area and maritime frontage like Nigeria and with so many maritime activities, yet it does not do the much it needs to do to protect its shipping lanes and, of course, shipping activities.

“What have we benefitted from being a member of the International Maritime Organisation in the past? Nothing, it has not brought anything to us and we have not been able to influence anything inside the governance of IMO.  Yes, it is about maritime governance, but what we have been able to gain?” he asked.

In recent times, however, the management of the NPA has put some measures in place to ensure efficiency at the ports, including the introduction of Electronic Call-Up System for trucks, which has helped in addressing the traffic issues at the ports.

Recently, the Mohammed Bello Koko-led NPA administration was quoted to have said that the agency would be giving 30 per cent rebate to importers in order to boost activities at the eastern ports.

“Discussions have started. It might be lower or higher than 30 per cent, and we will also adopt a timeline. For instance, we might say this relief is for a year and let’s see the impact. We wouldn’t want to give a tariff discount to a terminal operator, who, for instance, brings in four vessels in a month and even with the rebate, he still brings in the same four or even fewer vessels. That is not what we want. We want to see increased activities at the ports and we want to encourage more cargoes coming into the eastern ports.

“Some of the terminals are now involved in the processing of exports, which is very key and important for us as an Authority. It is also necessary for Nigeria to export more agro-products and locally produced goods. These are part of the things that will guide the amount of tariff relief we give to our terminal operators.

“For most of the ports in the East, their problem is the draught of the channel and that is what we are looking at. It is not just to reconstruct the quays; we also need to dredge deeper so that bigger vessels can come in and the economy of scale will set in, and then you will be able to attract more cargo volumes,” Bello-Koko said.