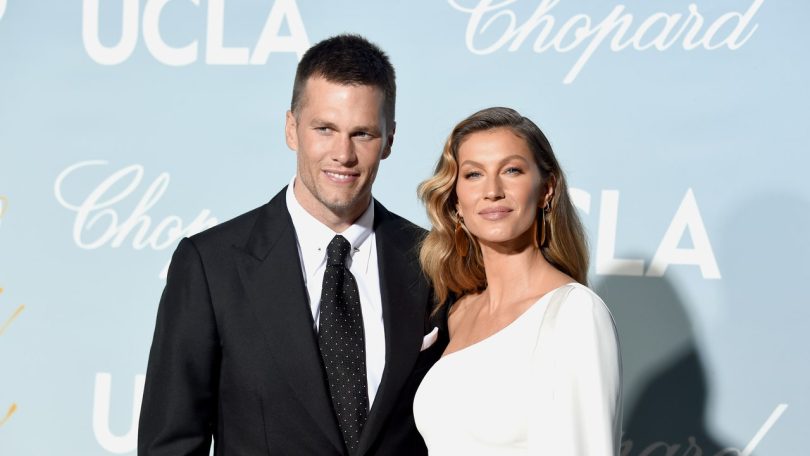 On October 28, Tom Brady and Gisele Bündchen announced the end of their 13-year marriage. In statements posted to Instagram, the NFL star and the Brazilian-born supermodel revealed that not only had they filed for divorce in a Florida court, but the legal end of their union was finalized that same day. TMZ reports that the pair pulled this off by working with a mediator ahead of the filing, while other tabloids including Page Six and ET report that the existence of a prenuptial agreement helped move the process along smoothly.

The nitty gritty details of their divorce settlement have not been made public, but bits and pieces of information about how they’re dividing their assets have been reported in the two weeks since the filing. Most importantly, the exes will share custody of their two children, 12-year-old Benjamin and nine-year-old Vivian. (Brady also shares custody of his 15-year-old son, Jack, with ex Bridget Moynahan.) As for their real estate portfolio, which is reportedly worth upwards of $20 million, it has become clear how some of their properties are being divided, while the fate of others remains a mystery. No matter how they divvy things up, it seems like both parties will walk away with their fortunes in tact: Bündchen’s net worth is currently estimated at around $400 million, while Brady clocks in at $250 million.

Here’s what we know about the future of Tom Brady and Gisele Bündchen’s homes:

In 2020, the Tampa Bay Buccaneers quarterback and the former Victoria’s Secret Angel purchased a property on Indian Creek Island in Miami for $17 million. They knocked down the existing home and hired architect Scott Mitchell to build the eco-friendly mansion of their dreams on the exclusive island, which is nicknamed “billionaire’s bunker.” The home is still under construction. Page Six reports that Brady will keep this pad, which seems highly likely given the news that Bündchen purchased two new Miami properties amid the divorce. One is an Art Deco-style cottage which she bought for $1.25 million months before the couple announced their separation, while her other more recent purchase is an $11.5 million, five bedroom, seven bathroom home located directly across a small stretch of water from the Indian Creek property.

Even before their divorce, information about Brady and Bündchen’s vacation home on Costa Rica’s Nicoya Peninsula was scarce. She was photographed at the home for a Vogue cover in 2010, but the images don’t show much of the house. What is known is that Bündchen has been vacationing in the lush Central American country for years, and she was photographed there as recently as November 7, which seems to support Page Six’s report that she will be keeping the tropical getaway property.

Despite selling their Peter Marino-designed Tribeca pad for $40 million in 2020, Brady and Bündchen still own a New York City pied-à-terre. The same month they sold their lavish apartment, they picked up a place on the same floor of the same building for $3.5 million. It remains to be seen who will take ownership of this dwelling, but Bündchen stayed there as recently as September, when she was in town for New York Fashion Week.

Another mystery is their vacation home in Montana’s exclusive Yellowstone Club, which they purchased in 2017 for an undisclosed amount. The resort community near Big Sky boasts skiing, mountain biking, mountain climbing, golf, and a $37,500 annual fee in addition to the $300,000 it costs to join.