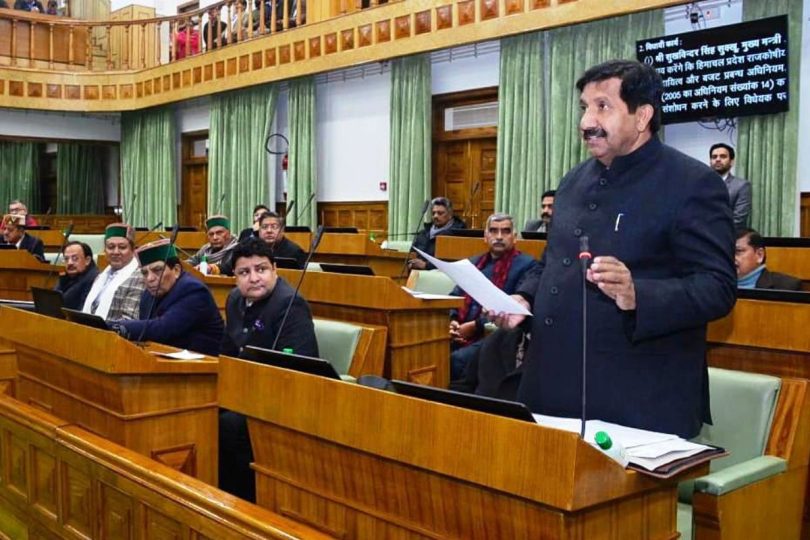 Himachal Pradesh Deputy Chief Minister Mukesh Agnihotri has outrightly asked the industrialists running the cement plants in the state to run the cement factories and hand over the rights of the people.

He advised the industrialists to understand that the state government has changed and hence they should also change. Agnihotri was replying to the discussion on the motion of thanks on the Governor’s address in the Assembly on Friday.

He said that the state government will stand by the truck operators of the state and would protect their interests.

Accusing the former Chief Minister Jai Ram Thakur of having left the state with a debt of Rs 75,000 crore, he said that out of this, a loan of Rs 27 thousand crores was taken during the tenure of his government alone. He alleged that in the last five years, the Jai Ram Thakur Government had destroyed the state’s economy.

He said that BJP should apologise to the people of the state for drowning the state in huge debt.

The deputy chief minister justified the decision of the state government to close about 900 institutions and said that more than five thousand crore rupees were to be spent on their operation, but the previous government did not make provision of a single penny in the budget.

He also said that the issue of de-notifying BJP institutions is already in the court and the issue is sub judice, hence the issue should not be raised in the House.

He also accused the BJP of not having a constructive debate on the Governor’s address.

Agnihotri said that if they wanted, they could have exposed the five years of the BJP government and it would have been difficult for the opposition to sit in the House, however, the Congress did not do so, so as to instill good traditions in the House.

Despite this, the BJP’s walkout on the last day of the session reflects its frustration.

He warned that the opposition should not try to threaten the government as files and documents can be opened anytime.

“The last five years, jobs were being sold in the state and the BJP remained robbers, which the Congress government would expose,” he alleged.

Agnihotri said that the Congress government is stable, durable, and permanent and it will run for five years.

He said that the Congress government is committed to implementing the Old Pension Scheme (OPS) and also that the state government will take every step to get its rights from the Centre.