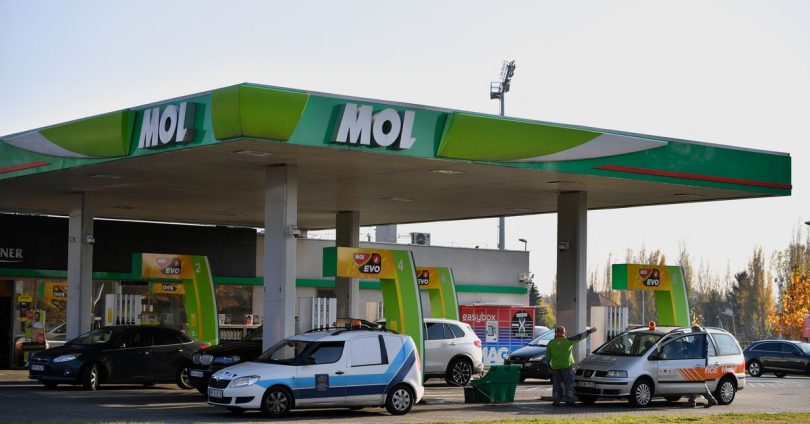 BUDAPEST, July 30 (Reuters) – Hungary has narrowed the scope of eligibility for price-capped fuel and is raising a windfall tax on oil and gas group MOL (MOLB.BU) in its latest batch of measures to tackle the cost of living crisis and pressures on government finances.

The prime minister’s chief of staff Gergely Gulyas said on Saturday the measures would narrow eligibility for price-capped petrol and diesel to privately-owned vehicles, farm vehicles and taxis, and would exclude company-owned cars.

He said this was needed as MOL’s main Danube refinery goes under maintenance from Monday, severely reducing the supply of fuel to the domestic market, though the government will also free up a quarter of its strategic fuel reserves to help ensure supplies.

“It’s important to note that the government can maintain the fuel prices capped at 480 forints ($1.21) per litre for the retail consumers,” Gulyas told a press briefing.

A government decree published on Saturday also showed the government will increase a windfall tax on MOL’s profits to 40% from 25% as of Aug. 1.

A series of windfall taxes on banks and certain companies was introduced in May in a bid to raise some 800 billion forints to help rein in a swelling budget deficit.

Gulyas said extra measures were now justified and the government would take away the additional “extra profit” that flows in from more people paying market price for fuel.

The limit on prices was introduced last November as prices rose even before Russia’s invasion of Ukraine and set the retail price for both 95-octane gasoline and diesel.

Prime Minister Viktor Orban’s government introduced the cap, now set to run until October, to shield consumers from inflation which is running at its highest level in two decades.

Orban’s price caps have been a mainstay of efforts by his nationalist government to shield households from the higher cost of living, but even with these measures, inflation (HUCPIY=ECI), (HUCPIC=ECI) rose into double-digit territory last month.

MOL’s executive chairman Zsolt Hernadi warned on Friday of possible fuel supply problems unless there are measures to boost fuel imports, given the company’s Danube refinery is unable to produce enough diesel to meet demand in the country even under normal circumstances. read more

“We accept that there is not enough fuel, especially diesel, to fulfill demand without imports during the shutdown of the refinery,” Gulyas said.

MOL, which also owns the largest network of service stations in the country, has previously called for the fuel price cap to be phased out.

Last month it said passenger car drivers in Hungary would be limited to buying 50 litres of fuel a day at fuel stations, halving the previous limit.

Reporting by Krisztina Than and Anita Komuves; Editing by William Maclean and David Holmes