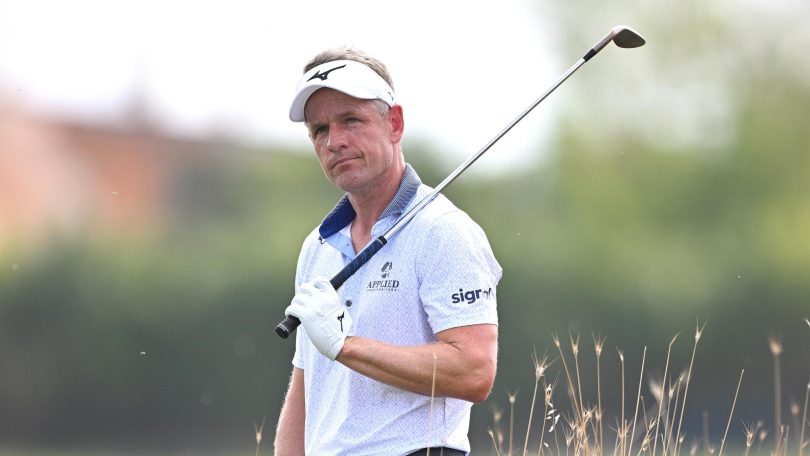 Europe’s Ryder Cup captain Luke Donald had a moment to forget on the course his players will do battle with the United States next year when he hit the wrong ball on a hole.

Donald, who showed a welcome return to form with a round of 68 to get to five-under after two rounds of the Italian Open, was on the 16th hole at Marco Simone Golf and Country Club when things went awry.

The former world No. 1 hooked his tee shot into the rough, and it was sought out by a spotter.

The spotter found a ball, but unfortunately for Donald it was not his ball.

Donald made the error of not checking and confirming it was his ball, and it was only later in the hole that the mistake was uncovered.

Expanding on what happened on the 16th, Donald said: “I did something I don’t think I’ve ever done before in golf. I hit the wrong ball on 16, which was frustrating.

“I hit a poor tee shot left in the rough. One of the spotters went straight to the ball and I assumed it was mine. Mine was a few feet left of it and that was a costly seven.”

The rules of golf state that playing the wrong ball incurs a two-stroke penalty, meaning Donald had to sign for a seven.

Without the error he would have been within one shot of clubhouse leader Matt Fitzpatrick, and Donald was happy with how he played.