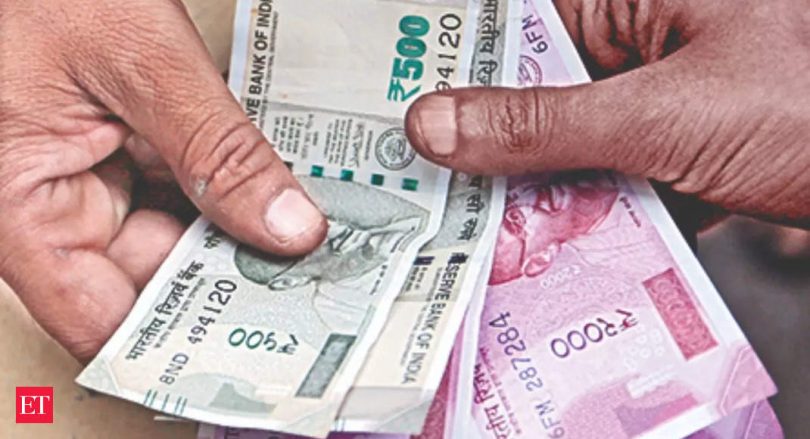 India’s retail inflation eased to an 11-month low in November, falling below the central bank’s upper target limit of 6% for the first time since December last year but economists expect monetary tightening to continue as the central bank is unlikely to lower its guard. However, they expect rate hikes to be smaller in view of rising concerns over the weakness in the economy.

The Index of Industrial Production (IIP) shrank 4% in the festive month of October, indicating the impact of spillovers from a slowing global economy, compared with an expansion of 3.5% in September.

“While IIP growth was expected to slow in October, due to the base effect, the sharp contraction comes as a shock,” said Rajani Sinha, chief economist, CareEdge. “Delving deeper into the data shows a broad slowdown across segments. However, what is specifically worrisome is the continued poor performance of the consumer durables and non-durables segment.”

Inflation based on the Consumer Price Index (CPI) eased to 5.88% in November from 6.77% in October and 4.91% in the year-ago period. “We may expect RBI to continue to increase rates by another 25 bps in February as inflation will be above 6%,” said Madan Sabnavis, chief economist at Bank of Baroda, on retail inflation.

A basis point is 0.01 percentage point. The RBI is mandated to keep inflation at 4% with a tolerance band of two percentage points on either side of that. The central bank sent a report to the government after inflation stayed above 6% for three quarters in a row, as required by the law. The government said on Monday that the communication won’t be made public.

“The measures taken by the government to contain food prices helped to bring inflation below the RBI tolerance limit of 6%,” it tweeted. “To soften the prices of cereals, pulses and edible oils, appropriate trade-related measures have been undertaken. The impact of these measures is expected to be felt more significantly in the coming months.”

Food inflation was 4.67% on-year in November as against 7.01% in October. Since a large part of an average Indian household’s budget goes toward this, a fall in food inflation to less than 5% is “good news for the households in general and households at the lower end of income pyramid in particular”, said Sunil Sinha, principal economist, India Ratings and Research.

Inflation in vegetables declined 8.08% on year in November while cereals and products gained 12.96%. Fuel and light inflation came in at 10.62%.

“While the extent of rate hike has reduced, Ind-Ra still expects the central bank to undertake a 25 bps hike in February 2023 monetary policy,” Sinha said.

Overall industrial production growth in the April-October period was 5.3% against 20.5% a year ago.

“Going forward, with export demand likely to remain weak, domestic demand revival will have to do the heavy lifting,” Sinha said.

The RBI Monetary Policy Committee is scheduled to meet next on February 6-8.