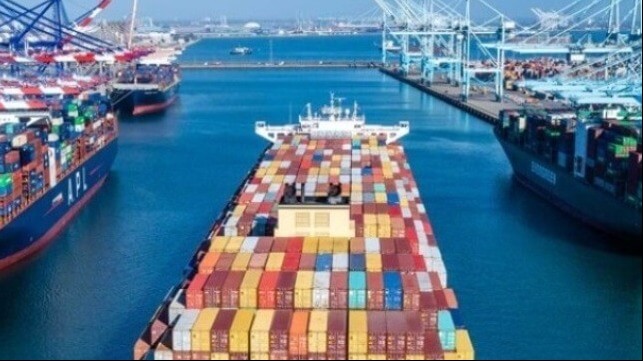 The nation’s retailers are expecting imports to continue to decline at least through the first quarter of 2023. After having peaked in May 2022, imports at the main U.S. container ports have been declining on a year-over-year basis. With retailers now balancing inventory built up earlier against slowing consumer demand and their expectations for 2023, the National Retail Federation is forecasting continuing declines creating a “winter lull” for the major container ports.

“The volume of imported container cargo at the ports we cover (12 largest in the U.S.) has declined, and the next six months will see further declines to a level not seen for some time,” forecasts Ben Hacker, Founder of Hackett Associates which prepares the monthly Global Port Tracker for the NRF. He points out that the declines are expected despite positive economic indicators he said referring to recent increases in retail sales, employment, and gross domestic product despite high inflation and interest rate hikes by the Federal Reserve.

The NRF is projecting a 15 percent decline in container imports for the first quarter of 2023. They are lowering their forecast for the first quarter by a further 130,000 TEU outlining the monthly expectations saying that January 2023 will be down 8.8 percent versus 2022 to 1.97 million TEU. The decline is expected to accelerate to 20.9 percent in February. At 1.67 million TEU, February 2023 would be the lowest level since June 2020 which marked the beginning of the surge in volumes during the pandemic.

The declines in retail imports are forecast to continue despite a typical increase in the spring months. March they are saying will be down a further 18.6 percent before some moderation in April with a 13.8 percent decline projected. At the end of the first four months of 2023, the NRF estimates imports will be at 7.5 million TEU.

“Retailers are in the middle of the annual holiday frenzy but ports are headed into their winter lull after one of the busiest and most challenging years we’ve ever seen,” said Jonathan Gold, the NRF’s Vice President for Supply Chain and Customs Policy. “We’ve dodged a rail strike and the retail supply chain should be able to easily handle the remaining weeks of the holiday season. But it’s time to settle on a labor contract for West Coast ports and address other supply chain issues that remain so the lull doesn’t become the calm before a storm.”

The NRF is still forecasting that total imports for 2022 will be essentially flat with 2021. While the projected figure is only down about 30,000 TEU over last year’s total it is however in sharp contract to the record growth in 2021. Typical a busy time of the year as retailers rush in last-minute inventories, November this year the NRF projects was the third month of sequential monthly declines and will be down 12.3 percent versus November a year ago to 1.85 million TEU. The NRF notes that would be the lowest import level since February 2021. December is forecast to reverse the sequential declines but still to be down 7.2 percent over last year ending 2022 with 1.94 million TEU.

Analysts have noted in addition to the concerns over the economy, consumers increased spending on services after nearly two years during the pandemic where spending was mostly on consumer goods. Retailers also built up inventories earlier in 2022 after experiencing delays in 2021 and fearing potential disruptions from the possible port or rail strikes in 2022.