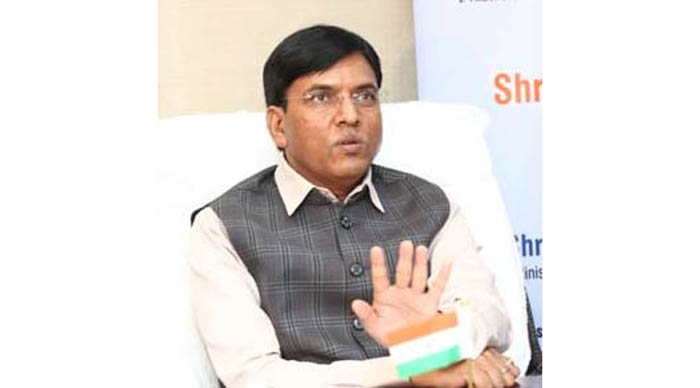 PUDUCHERRY, June 25: Union Minister Mansukh Mandaviya today said the country has successfully spearheaded the fight against covid-19 pandemic under the leadership of Prime Minister Narendra Modi. The country also developed a “robust and strong mechanism to counter the public health issues,” he said.
“The country has emerged successfully in the management of the pandemic,” the Health and Family Welfare minister said.
Declaring open the Jipmer International School of Public Health here, Mandaviya said the dedication of the institution to the nation marks an important event.
The school will help India as well as the world in efficiently tackling various global public health issues and challenges. “It will also provide the highest level of education in public health, generate sustainable value-based solutions and strengthen the capacity for services and research in the health sector,” he said.
He said the Central Government had allotted Rs 66 crore for the construction of the infrastructure to house the school.
“The school would meet the health care requirements of people of not only our country but also would serve the entire world. This is in tandem with the Indian philosophy of Vasudaiva Kudumbakam” (whole world is one family),” the Minister said, calling upon students and health administrators to be ambassadors of health care and provide services with compassion.
Lt Governor Tamilisai Soundararajan presided over the event and said the Ayushman Bharath scheme was a very effective health initative and that the Prime Minister had introduced the scheme to enable the poor to get medical care for various ailments.
Chief Minister N Rangasamy, in his address, said Jipmer had earned good reputation all over the country. He said there were still certain shortcomings in health care services in the institute which should be rectified.
Puducherry Speaker R Selvam, MPs V Vaithilingam and S Selvaganapathy and Jipmer Director Rakesh Aggarwal among others were present.
The Health Minister earlier laid the foundation stone for the International Centre of excellence for training in medical entomology at the Vector Control Research Centre (VCRC) of Indian Council for Medical Research here.
He also visited the Mosquito Museum there.
“The museum is a vital source of information for Government planners and a goldmine for researchers,” he said in a tweet.
Earlier in the day, Mandaviya performed Yoga at Auroville, near here. (PTI)