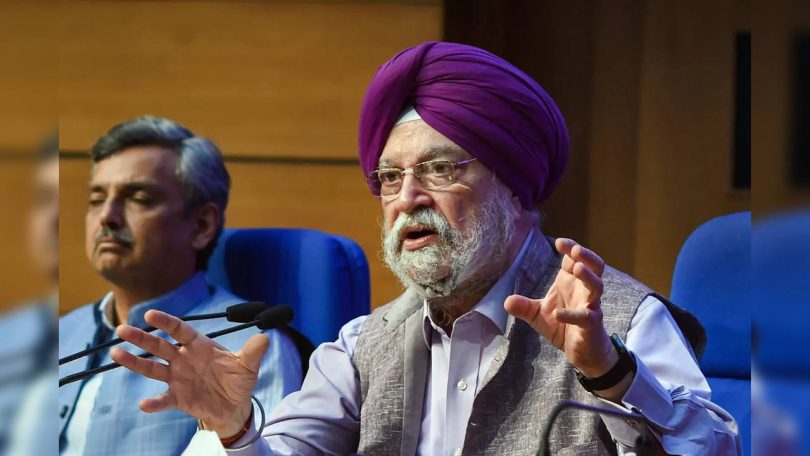 Union Minister for Petroleum and Natural Gas Hardeep Singh Puri said India has demonstrated great resilience in the face of a global energy crisis.
The government of India has taken several measures to minimise and mitigate the volatility of global crude oil and gas prices. Fuel price rise in India has been contained in comparison to an exponential rise in developed countries, the minister elaborated but failed to explain why retail prices in India have not come down despite international prices slipping to a seven-month low recently.

“Most of the developed nations have witnessed significant inflation rise in Gasoline price by almost 40% during July 21 to Aug’22, while in India, gasoline price has reduced by 2.12%,” he added.

Puri further said that the gas price of all the major trading hubs has seen a massive increase from July ’21 to August ’22.

“Even on LPG front, In the past 24 months, Saudi CP price (our import benchmark) almost increased by 303%. During the same period, the LPG price in India (Delhi) increased by less than a tenth of that figure i.e 28%,” he added.

It is to be noted that Indians pay the highest per litre cost of LPG and other fuels in the world, with the purchasing power of currency and per capita income taken into account. According to World Bank data, India’s India’s per capita GDP (in current USD) stood at $2,277 in 2021, while the global average was $12,263, which is 5.4 times higher than India’s. This means that Indian consumers, earning a fraction of their global compatriots’ income, have to pay the same amount as their global peers for a litre or kg of fuel or gas.

“Achievement of 10% blending of ethanol in petrol in May 2022, ahead of the November 2022 deadline, setting up of 2G refineries to make ethanol, and a host of other initiatives, is a symbol of Government’s resolve towards just energy transitions,” he added.

The Green Hydrogen Mission, under which the Ministry is facilitating setting-up pilot scale and commercial scale green hydrogen manufacturing plants by refineries is a part of this commitment.