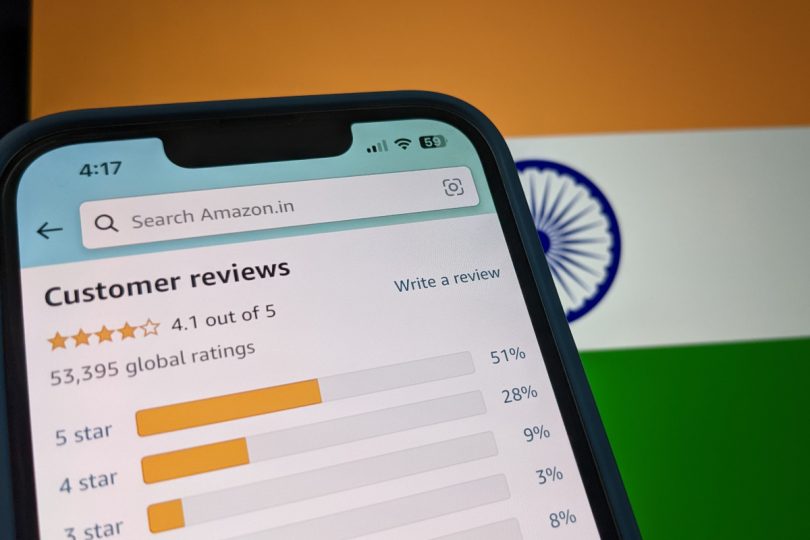 Tech giants that play in India’s e-commerce sphere are overrun with fake reviews. Today, the country’s regulators finally moved ahead with a new set of rules aiming to curb that. The Indian government has released a framework to curb fake and misleading reviews on e-commerce platforms and portals offering tour and travel services, restaurants, eateries and consumer durables. The plan is first to start with voluntary moderation, and then progress to mandatory requirements if the growth of fake reviews continues. This comes over a year after New Delhi proposed tougher e-commerce rules to restrict false reviews and overall address “widespread cheating” complaints.

On Monday, the government announced guidelines to limit fake reviews on online platforms that will come into force from November 25. The Department of Consumer Affairs has created a standard titled “IS 19000:2022” that will be managed by the nation’s standards body Bureau of Indian Standards (BIS).

Under the guidelines, platforms will be required to set up review administrators to moderate reviews using automated tools or manually to filter out biases and restrict fraudulent reviews. The reviews should also include the publishing date and star rating, the framework said.

Consumers should not be allowed to edit their reviews and use foul language. Platforms should also restrict authors giving fraudulent reviews from publishing such reviews in the future, the guidelines stated.

Authors submitting reviews online will be required to verify their identity by platforms. Platforms will verify consumers’ identity from their email addresses, phone numbers, IP addresses or by using a Captcha system, the guidelines said.

In addition to online platforms, the newly released guidelines will apply to third parties conducting reviews on the web.

“All the countries where e-commerce is getting more and more prevalent and popular, they are all struggling with [online fake reviews]. Some are making rules, some are making a legal provision. But I think we are the first country and I qualify that statement subject to my knowledge, which is working at [the] standard, and we will take the standards route. We don’t want to bulldoze the industry… We will first seek voluntary compliance and then if the menace continues to grow, we will maybe make it mandatory in the future — depending on what happens,” said Rohit Kumar Singh, Consumer Affairs Secretary, in a press conference held in New Delhi.

He said the department wanted all e-commerce entities to adopt the framework as early as possible and get certified by BIS after adhering to the given standard. However, the government has not made it mandatory for platforms to follow the guidelines at the moment.

The guidelines have come as an outcome of a committee that the consumer affairs department constituted in June to develop the framework. The committee included various stakeholders including e-commerce companies, industry associations, consumer organizations and law chairs, the department said.

Platforms including Amazon and Flipkart were not immediately available to comment on the move.

“We believe feedback mechanisms such as reviews are essential for consumer interest. We welcome the steps being taken by the government to create necessary standards and are obliged to be a part of the constituted committee,” Zomato spokesperson Vaidika Parashar said in a statement emailed to TechCrunch.

Singh said Tata Sons, Amazon, Flipkart, Reliance Retail, Zepto, Blinkit, Google, Meta, Swiggy, Zomato and Meesho were a part of the discussions and were looking to self-regulate over fake reviews.

Global bodies including the U.K.’s Competition and Markets Authority (CMA) and the Federal Trade Commission in the U.S. are working towards limiting misleading reviews online. Nonetheless, fake reviews have continued to emerge on platforms including e-commerce websites worldwide.

Last year, Amazon deflected its responsibility on fake reviews and announced blocking more than 200 million such suspected reviews in 2020 before they appeared to consumers. The U.K.’s competition watchdog also last year probed Amazon and Google over false reviews on their platforms. In June, Meta updated its Community Feedback Policy to restrict irrelevant reviews on Facebook.