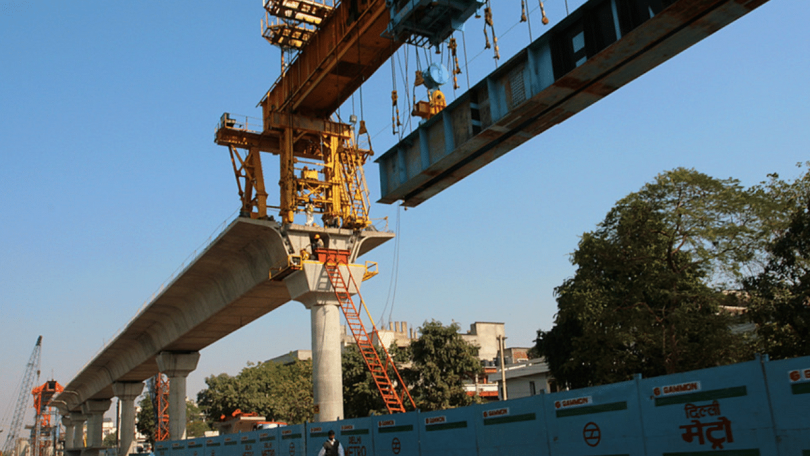 
Thank you dear subscribers, we are overwhelmed with your response.

Your Turn is a unique section from ThePrint featuring points of view from its subscribers. If you are a subscriber, have a point of view, please send it to us. If not, do subscribe here: https://theprint.in/subscribe/

There is no denying the fact that Indian infrastructure wears an outdated and clumsy look. Not only is it crumbling, it reminds us day in and day out, why investments in infrastructure should be the one of the foremost priorities of the Indian government. The floundering infrastructure of India is seen to be everywhere. And big urban centres are suffering the most. Take the case of Delhi, Mumbai, Bangalore. Every city cries its own malaise.

The one and only way to alleviate this infrastructure is investment. Private as well as government investment at a large scale. India needs to splurge money to a massive extent. There shall be no impediments to such an investment. Time is long due for a structured investment funnel in Indian infrastructure space.

During the last few years, the central government has taken several measures to augment and capitalise on investment. Among the noted measures are creation of pan India investment platforms. Infrastructure investment trust( InvIT) and Real Estate investment trust(REITs). These two are special purpose vehicles for investments.

But there is clear gloom in the air with respect to performance of both these trusts. Reception of both platforms is good but not much has materialised. This question is lurking. Despite time and media coverage, these channels have remained lacklustre. The most accommodative reason one can give is – it is new to the market and it just takes time to sort out any outstanding issues which new SPVs might face. It’s already been more than 2 years!!

A well defined and structured financial vehicle has the ability to garner capital from every source. Only thing required is consistency and perseverance. Stakeholders need to pitch in at the right time to mobilise resources for the vehicle and assist capital infusion.

On the legal front, statutory bodies and strict regulations must be in place to allay fears of private players. It is vital to give impetus to private investment in infrastructure. One of the major hallmarks of previous dispensation was policy paralysis. Now , with the new rule, there is a consistency in policy making and adherence in contract enforcement. Various models like EPC, PPP are into play and are expected to streamline the management of big infrastructure projects and cut down bureaucratic red tape which has a track record of stalling numerous projects before.

As per the central government , India would need to infuse about $1 trillion into its infrastructure over next few years to actually meet the need of international standards. Railways, roadways and housing will surely take the bigger slice out of this investment. Other sectors like energy, transportation shall also be looked at more carefully than before.

After the digital arena, infrastructure is next to be looked upon as India enters its 75th anniversary. Just like digital transformation , we are at the cusp of infrastructural turnaround.

These pieces are being published as they have been received – they have not been edited/fact-checked by ThePrint.