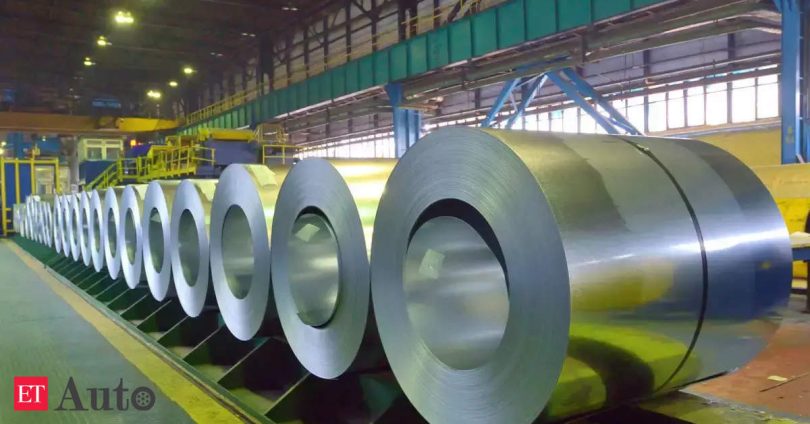 India’s trade ministry has sought to extend an export promotion scheme to reimburse some local levies for domestic steel producers, a senior government official said, as the industry reels from steep fall in shipments.

The Remission of Duties and Taxes on Export Products (RoDTEP) scheme offers refunds against various embedded taxes to exporters across sectors such as automobiles and agricultural produce, with steel exports presently outside its remit.

Finished steel exports from the world’s second-biggest crude steel producer more than halved during the first seven months of the fiscal year that began in April.

“The finance ministry’s revenue department will take a call on this, as expanding the scheme requires additional budgetary support,” the official, who did not wish to be named, told Reuters.

New Delhi will have to set aside nearly $244 million annually to offer refunds on such taxes to the steel sector, the source added.

The trade and finance ministries did not immediately reply to a Reuters e-mail requesting comment.

Levies, duties and taxes, which are not subsumed in the goods and services tax, can add 8%-12% to costs for the steel industry, said Alok Sahay, secretary general and executive head at Indian Steel Association.

“The steel industry needs RoDTEP to offset these embedded costs of industry for parity with other exporting countries,” Sahay said.

However, the trade ministry also had to contend with competing proposals that offer production-linked incentives to domestic manufacturers, which require federal funding support, the official said.

Last year, a production-linked scheme for specialised products such as coated steel, high-strength and electrical steel was launched to boost domestic manufacturing.

“The government is also considering requests for inclusion of more sectors into the production-linked incentives scheme,” the source said.

Indian steelmakers took a profit hit on profitability during July-September, as prices fell due to slowing global demand, while an export tax on some steel products further hobbled shipments.

In May, New Delhi raised export taxes by 15% on eight steel intermediates, hurting producers, who had hoped to increase global market share after Russia was hit with sanctions following its invasion of Ukraine.

Those companies said it made their exports unattractive.

In addition to this, a committee under the Central Electricity Authority (CEA) would recommend to the states the ceiling limit of service charges to be levied.