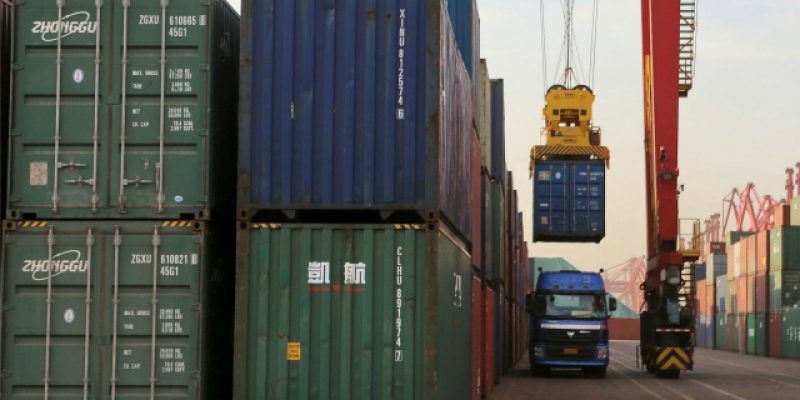 New Delhi: India’s exports entered negative territory after a gap of about two years, declining sharply by 16.65% to $29.78 billion in October, mainly due to global demand slowdown, even as trade deficit widened to $26.91 billion, according to data released by the commerce ministry on Tuesday, November 15.

Imports during the month under review rose by about 6% to $56.69 billion on account of an increase in the inbound shipments of crude oil and certain raw materials such as cotton, fertiliser and machinery.

Briefing the media, commerce secretary Sunil Barthwal said that global headwinds are impacting consumption worldwide and that would have an impact on India’s exports as well.

India’s share in global merchandise trade is 1.8% and in global services, it is 4%, and there is a lot of potential to increase this, he said.

“We should not be depressed by the WTO forecast,” the secretary said, adding monetary tightening in the US and Europe is impacting demand globally.

He also said that a lot of India’s exports have imported inputs, like in the pharmaceuticals, and there are also some seasonal effects on trade.

According to experts, rising domestic consumption along with economic growth is leading to higher imports, particularly of raw material, capital goods and intermediate products.

When asked about the reason for releasing trade data now only once in a month, Barthwal said there were some fluctuations in the data released in the first week of a month and then again by middle of that month, and “it was sending very confusing signals to our stake holders, so we decided to release most updated data” once a month.

According to the commerce ministry data, exports to India’s major destinations such as the US, UAE, China, Bangaldesh, UK and Saudi Arabia recorded negative growth in October. On the other hand, exports registered positive growth in the Netherlands, Singapore and Brazil.