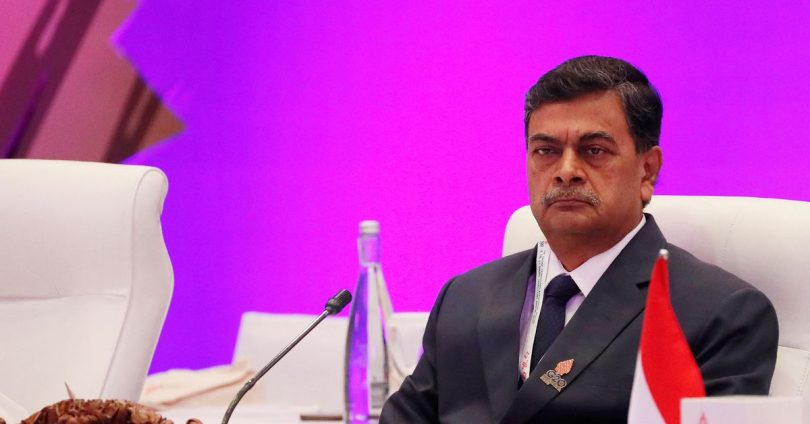 ABU DHABI, Jan 15 (Reuters) – India and the United Arab Emirates (UAE) are close to a “major agreement” on a renewable energy interconnection between the two countries, India’s Minister of Power and New and Renewable Energy said on Sunday.

Raj Kumar Singh, who is visiting the Gulf Arab oil producer for the International Renewable Energy Agency’s (IRENA) assembly in Abu Dhabi, of which India is currently president, told Reuters the agreement was awaiting final approvals. He did not elaborate on a time frame.

“There is a major agreement for an interconnection between the UAE electricity grid, and the Indian grid,” Singh said, adding that this would be under the One Sun, One World, One Grid (OSOWOG) initiative by a group of countries to create renewable energy networks.

“Both sides have agreed,” he said. “We believe it will come.”

Singh said the UAE has also indicated it would like to invest more in India’s renewable energy projects, including solar and wind.

India and the UAE also signed a Memorandum of Understanding on Jan. 13 on green hydrogen development, produced using renewable energy, India’s embassy in the UAE said on Twitter on Friday.

The UAE’s Ministry of Foreign Affairs and International Cooperation declined to provide an immediate comment.

Last year, the Gulf state concluded a broad trade agreement with India that aims to increase bilateral non-oil trade to $100 billion in the next five years.

Singh gave his backing to the UAE as host for the COP28 climate conference this year and also supports Sultan Al Jaber, who is head of state oil company ADNOC and the UAE’s climate envoy, as president-designate of COP28.

Jaber’s appointment drew criticism from some activists concerned about fossil fuel interests hijacking the global response to the environmental crisis.

“He (Jaber) is the point man for renewables, for climate change,” the Indian minister said. “When you look at energy transition you look at the whole energy sector, the whole basket, and in the oil and gas sector too, he’s been working on green initiatives.”

Jaber is also the UAE’s minister of industry and advanced technology and helped to establish Abu Dhabi’s renewable energy firm Masdar in 2006.

The UAE and other Gulf energy producers have called for a realistic transition in which hydrocarbons would keep a role in energy security while making commitments to decarbonisation.