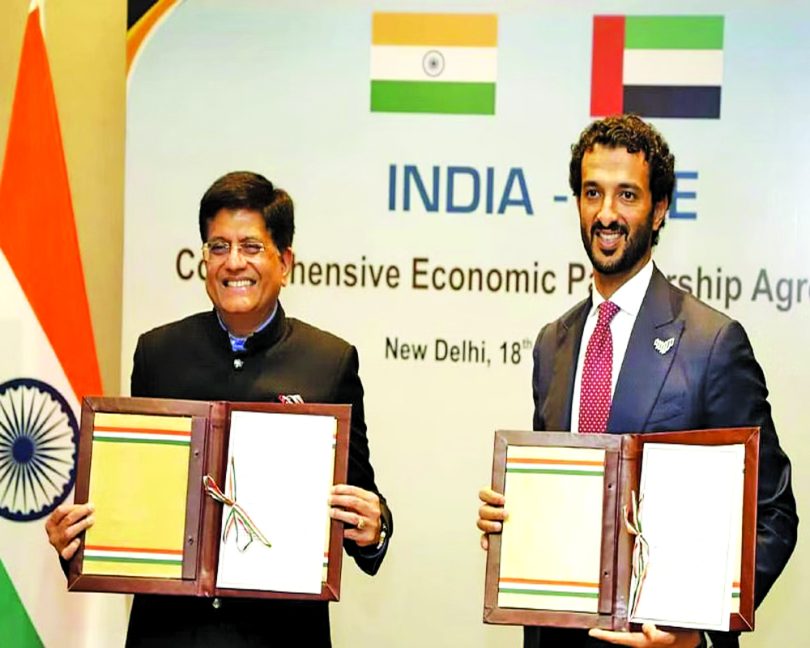 India is close to starting free trade negotiations with GCC

Qatar was in news, not just for dazzling the world with billions of dollars of investments for showcasing and hosting one of the largest sports events of all time, the FIFA world cup, but also for pulling off one of its kind supply deals with China. Qatar signed a 27-year natural gas supply deal with China, which is being touted as one of the longest in the history of hydrocarbons.

The agreement according to Chinese government officials would also provide access to the strategic North Field South Project in (NFS) in Qatar. The NFS expansion project is a mega LNG transport train which promises to make Qatar one of the largest natural gas traders in the world in a decade. The expansion project allows international enterprises participation and so far all western big names from Total, Shell, Exxon Mobil, etc., are partners for helping Qatar reach its stated target. In comes China, with a long agreement with Qatar and it also wants to have full access and share in the hydrocarbon-led geopolitical rubric playing out. This agreement with China comes at a time when the European Union is scrambling for securing natural gas supplies from sources other than Russia.

The traditional European inertia to get into long term binding contracts is one of the other reasons such agreements between the West and Qatar are not maturing. In the middle of all this, India is close to starting Free Trade Negotiations with the Gulf Cooperation Council (GCC) of which Qatar is an important member. The GCC is an intergovernmental, political, economic union consisting of six Arab nations. India has had a framework agreement with the GCC since 2004. The framework, according to the commerce ministry, provides for exploring ways and means for extending and liberalizing trade relations and initiating dialogue towards a free trade agreement.

However, despite two formal dialogues in 2006 and 2008 the GCC, according to the Government of India, could not persuade its member countries to move further to a Free Trade Agreement level negotiation. Regional economic issues among the Arab states, their bilateral relations with India played a significant role in the delay.

The recent pandemic has made Gulf countries willing to expand their economic clout beyond hydrocarbons; this has led to a change in the mindset. India signed a CEPA (Comprehensive Economic Partnership Agreement) with one of the most influential GCC countries, the UAE, earlier this year. This CEPA allows India’s goods to have preferential access for 97 per cent tariff lines, which accounts for 99 per cent of India’s exports to the UAE. India primarily exports gems and jewellery, textiles, leather footwear, sports goods, plastics, furniture, wood products, engineering products, pharma and medical devices to the UAE.

India’s major import from UAE is primarily energy. The CEPA, one of the first off the block, agreed by India after it has been dragging its feet on getting into binding trade agreements for more than a decade aims to achieve $115 billion bilateral trade of goods and services in just five years. India had earlier walked out of Regional Comprehensive Economic Partnership, one of the largest economic partnerships, citing a China dictated framework.

India now realises the importance of trade as a significant contributor to the national GDP. India realises that trade in goods and services will be a key contributor towards the economy reaching $40 trillion in the next two decades. India signed a Free Trade Agreement with Australia earlier. Similarly, a free trade agreement negotiation with the UK has been progressing for more than six months now. FTA negotiations with GCC, if concluded successfully, could be another milestone in India’s multi trillion-dollar economic path.

(The author is a foreign affairs commentator)