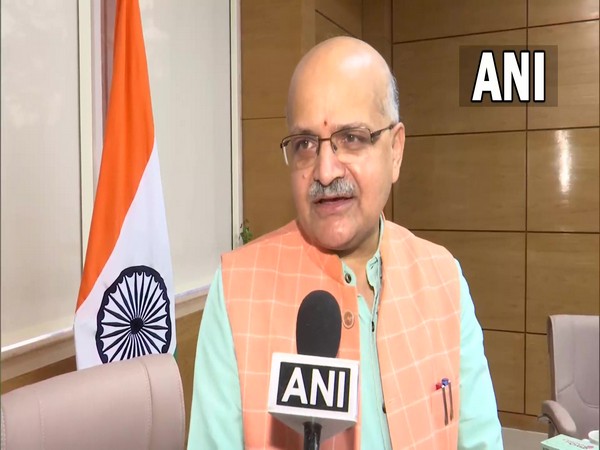 New Delhi [India], September 3 (ANI): Within a few years from now India will be among the top four economies globally and by 2047 it will become the second largest economy in the world, Commerce Secretary BVR Subrahmanyam said on Saturday.
Talking to ANI, Subramanyam said that the vision laid by Prime Minister Narendra Modi for the year 2047 when India celebrates 100 years of its Independence, the country will be in the top two economies of the world.
“By 2047 one cannot imagine where our economy will be as the country is changing very fast. There was a time when India had a share of 25 per cent of the world economy. The way India is growing, we will regain the same position,” he said.
Talking about the export numbers, Commerce Secretary said India’s exports grew by 17 per cent year-on-year in the first five months of the current financial year.
India’s merchandise export in April-August 2022-23 was $192.59 billion with an increase of 17.1 per cent over $164.44 billion in April-August 2021-22.
The export of non-petroleum and non-gems and jewellery in April-August 2022-23 was $135.49 billion, an increase of 8.4 per cent over the cumulative value of non-petroleum and non-gems and jewellery exports of $124.99 billion in April-July 2021-22.
India has achieved merchandise export of $33.0 billion in August 2022, almost at similar levels of $33.38 billion in August 2021. Amongst the major products, exports of electronic goods (50.68 per cent), rice (42.32 per cent), organic and inorganic chemicals (13.35 per cent) registered impressive growth during August 2022.
Subrahmanyam said that India’s exports of services have surged. Services exports of $94.757 billion in the first four months of the current financial year is 26.78 per cent higher when compared with $74.740 billion recorded in the corresponding period of the last year.
Services trade balance of $35.814 billion for the period April-July 2022 has shown a healthy growth of 7.62 per cent compared to the corresponding services trade balance of $33.279 billion for the period April-July 2022.
Talking about the Free Trade Agreement (FTA with the United Kingdom), the secretary said, “Our FTA’s are on track.”
He said India-UK free trade deal is expected to be signed by Diwali. “I am hopeful that India-Canada FTA will be concluded by December and FTA with European Union expecting by June-July next year,” he added. (ANI)