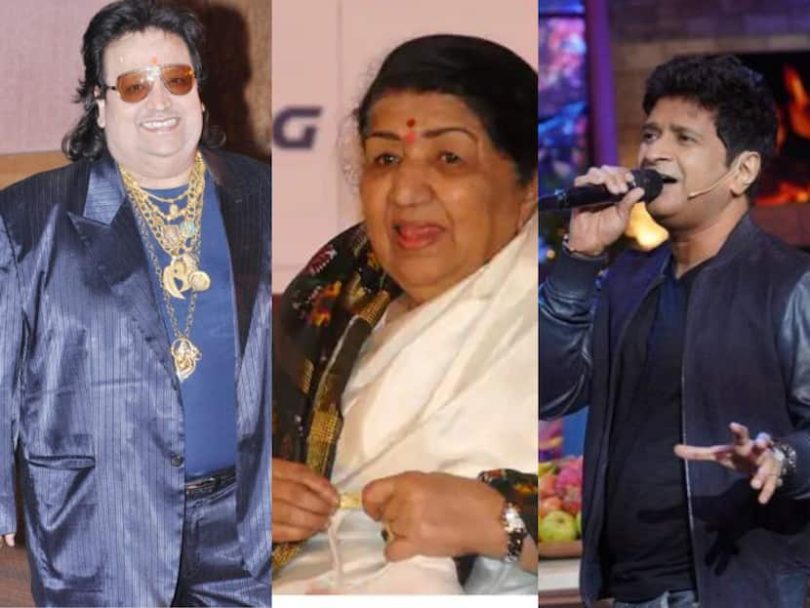 New Delhi: 2022 has come to an end. This year may have brought a lot of good news and memories for many but it also saw the unfortunate deaths of many beloved celebs. Several gems from Bollywood and the television industry passed away. Fans have seen the passing away of a lot of stars who were cherished by people for their taelnts and contribution in performing arts. Let’s have a look at the prominent Indian celebrities who passed away in the year 2022.

Lata Mangeshkar: One of India’s most popular playback singers, Lata Mangeshkar died this year on February 6. She was 92 years old and was facing several health-related issues. During her seven decades-long career, she was popularly known as Lata Didi. Prime Minister Narendra Modi and Bollywood celebrities paid tributes to the legendary singer. She has been referred to as both the “Queen of Melody” and the “Indian Nightingale. She was a passionate cricket fan as well. Praveen Kumar Sobti: Praveen Kumar Sobti, actor and athlete was best known for his role as Bheem in the Mahabharat TV serial. He died following a cardiac arrest on February 7 at the age of 74. He made significant contributions to both athletics and cinema. Bappi Lahiri:  Alokesh alias Bappi Lahiri, known by his short name ‘Bappi Lahiri ’was an all-time favorite singer-composer for the Indian youth. He died on February 15 at the age of 69 due to a disorder called obstructive sleep apnea. He popularised disco music in India during the 80s and 90s. His way of wearing gold jewellery everywhere also made him very popular. Sandhya Mukharjee:  Legendary Bengali singer Sandhya Mukhopadhyay passed away in Kolkata on February 15. She was 90 years old. She took Bengali playback singing to new heights. She was admitted in a hospital from January 28. In West Bengal, she was Gitashree, an eminent singer who gave her voice to screen icons like Madhubala and Suchitra Sen. Pandit Shivkumar Sharma: Pt Shiv Kumar Sharma, Indian classical santoor player passed away in Mumbai on May 10 after suffering a cardiac arrest. He was 84 and suffering from kidney-related issues for the last six months and was on dialysis. Sidhu Moose Wala: Famous Punjabi singer turned politician died on May 29, Sidhu Moosewala was a well-known Punjabi musician, rapper, and songwriter. He was shot dead by local gangsters. Moose Wala was driving his car when unknown gunmen opened fire on him and killed him in the village of Jawaharke, located in the region of Mansa. He was well known for his contributions to the Punjabi music industry and has a huge fan following all over the world. KK:  Krishnakumar Kunnath, better known by his stage name KK, was a popular Indian playback singer, and breathed his last on June 1. KK was performing live at the Nazrul Mancha auditorium in South Kolkata. He suffered a heart attack while going back to his hotel after his performance. He was 53. The versatile singer recorded several melodious songs in Hindi, Tamil, Marathi, Odia, Bengali, Assamese, and many more. Deepesh Bhan: Actor Deepesh Bhan best known for the role of Malkhan in the famous comedy show  ‘Bhabiji Ghar Par Hain’ passed away on July 23 at the age of 41. His death was a big blow to the show’s team as well. Deepesh is said to have collapsed early in the morning while playing cricket. Raju Srivastav: Raju Srivastav was a comedian, actor, and turned-politician who passed away on September 21. He becomes popular after taking part in ‘The Great Indian Laughter Challenge’, in which he was a runner-up and won the title of ‘King of Comedy’. At the age of 58, he breathed his last at the AIIMS in Delhi suffering a heart attack. Vikram Gokhle: Veteran actor Vikram Gokhale passed away on November 26, at the age of 77 due to multiple organ failures in Pune. He was a versatile actor having featured not only in Hindi movies but also in many Marathi films. He appeared in some iconic movies like ‘Agneepath’, ‘Hum Dil De Chuke Sanam’, ‘Mission Mangal’, ‘Hichki’, ‘Aiyaari’, ‘Bang Bang!’, ‘De Dana Dan’, and Bhool Bhulaiyaa, as well. In his 40 years long career, he also starred in some TV shows. Tunisha Sharma: Tunisha Sharma was an Indian television and film actress. She committed suicide by hanging herself on the set of the TV serial ‘Ali Baba: Dastaan-E-Kabul’ in Mumbai on 24 December. She made her acting debut with ‘Bharat Ka Veer Putra – Maharana Pratap’ as Chand Kawar in 2015. The actress is best known for having played Rajkumari Ahankara in Chakravartin Ashoka Samrat, Zara/Babli in Ishq Subhan Allah, and Aadhya Verma in Internet Wala Love shows.