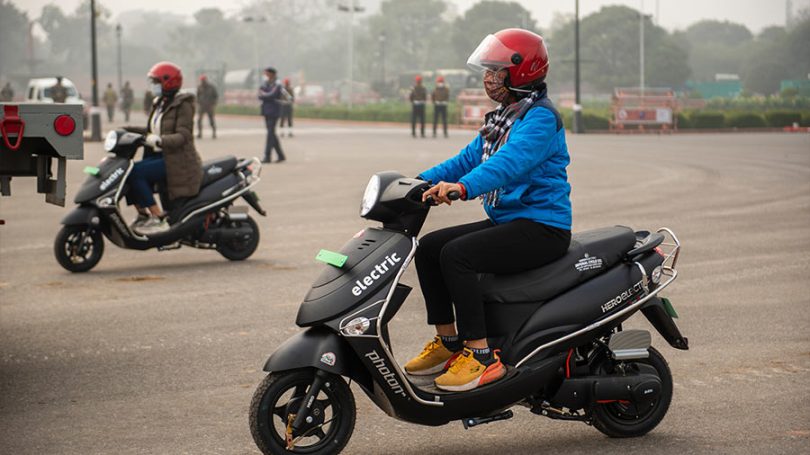 Indian electric vehicle (EV) makers are being subject to tightened scrutiny over their eligibility for FAME-2 subsidies. We discuss the government’s reasons for stricter implementation of the FAME-2 scheme. The scheme is India’s flagship program to increase manufacture and support adoption of green transport technology through the reduction of upfront costs. The article also briefly looks at other supporting policies to promote electric vehicles in the country.

Indian electric vehicle (EV) makers have been subject to an ongoing probe over the misuse of subsidy allocation under the FAME-2 scheme and non-compliance with the standards required to be eligible for these subsidies. FAME-2 is the second phase of India’s flagship promotion scheme for clean mobility technology – Faster Adoption and Manufacturing of Hybrid and Electric Vehicles in India.

As per media reports, three-wheeler manufacturers form the majority of companies whose subsidies have been paused, including Victory Electric Vehicles, Thukral Electric, and Best Way Agencies. Reasons for the expiration of subsidies include sourcing imported parts for vehicle production or using unapproved outdated battery technology. For some companies like Atul Auto, Euler Motors, and Dilli Electric, subsidies have stopped due to delays in compliance certification or discontinuation of the certified vehicle.

Last December, the Ministry of Heavy Industries said it had received complaints against 12 companies, including Hero Electric and Okinawa Autotech. India paused the release of FAME-2 subsidies last May when it first received these complaints. Subsequently, as reported by ET, the subsidies were released for companies that proved their compliance to the FAME-2 scheme.

To qualify for FAME-2 subsidies, EV original equipment manufacturers (OEMs) must demonstrate that at least 50 percent of the components in their vehicles are manufactured in India and locally sourced. The Automotive Research Association of India (ARAI) tests this localization percentage before the EV is certified for sales.

The policy is part of India’s phased manufacturing program to steadily grow the in-country component manufacturing ecosystem for EV vehicles.

The government is able to track the domestic value addition (DVA) of EV companies by connecting OEMs enterprise resource planning (ERP) software with its own application programming interface (API) to maintain transparency on compliance and traceability of product manufacturing. This IT-enabled linkage between beneficiaries’ ERP and the nodal ministry’s portal was set to be in effect from October 1, 2022.

The IT-enabled system based on Application Programming Interface (API) would enable smooth transfer of a set of critical data related to domestic value addition (DVA) from the beneficiaries’ existing enterprise resource planning (ERP) systems to the nodal ministry’s portal along with traceability of products based on digital footprints from October 1.

This data will assist in the disbursal of incentives for automakers seeking support under FAME-2 and the production-linked incentive programs.

What is the FAME-2 scheme?

The FAME-2 India scheme was launched with an outlay of INR 100 billion (US$1.22 billion) to incentivize demand for EVs by providing upfront subsidies and creating EV charging infrastructure. The scheme hopes to support 1 million electric two-wheelers, 500,000 electric three-wheelers, 55,000 electric cars, and 7,090 electric buses through subsidies.

The FAME-2 India scheme was redesigned in June 2021 based on experiences during the Covid-19 pandemic period and feedback from industry and users. The redesigned scheme intends to enable the faster proliferation of EVs by lowering upfront costs. The scheme is also extended by a period of two years – that is, up to March 31, 2024.

According to government data, as of October 2022, there were 64 electric vehicle manufacturers registered to access demand incentives under FAME-India Scheme Phase-II.

The details of demand incentives given under Faster Adoption and Manufacturing of (Hybrid and) Electric Vehicles in India (FAME) scheme phase-II, category-wise are shown below:

See here for the total number of EVs registered in the country, category-wise, as on November 30, 2022.

Some other incentives supporting FAME-2 objectives and EV adoption in India: