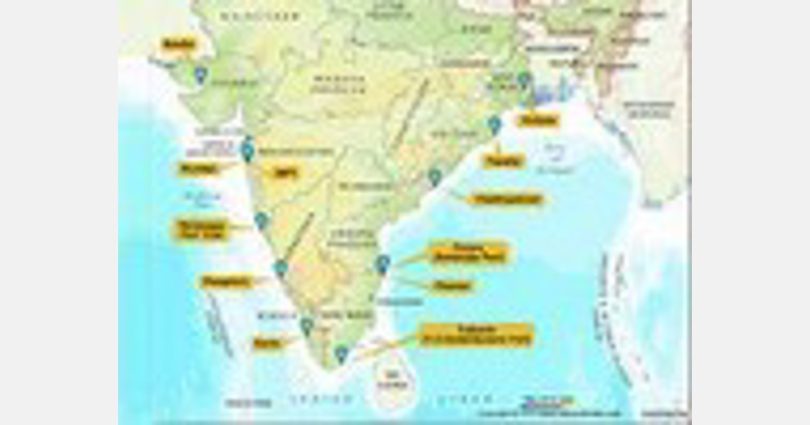 According to the latest exclusive port data collected by Container News, the flow of containers in and out of Indian ports is showing signs of a resurgence after a brief period of slowing trends.

Countrywide box volumes (including major and minor ports) in December stood at 1.7 million TEUs, a 5.9% increase month-on-month. Of this, by port, Nhava Sheva (Jawaharlal Nehru Port Authority, or JNPA) contributed 522,035 TEUs, up 10% from 473,104 TEUs in November.

Adani Ports (APSEZ), which has a network of minor, non-government terminals on the east and west coasts of India, reported noticeable traction in container handling last month. Its countrywide port/terminal locations cumulatively moved in/out 712,864 TEUs, versus 693,624 TEUs in November, a gain of nearly 3%.

For the whole of 2022, Nhava Sheva Port through its five box terminals reported a new throughput high of 5.95 million TEUs, up 5.8% year over year, according to port data.

“The year 2022 was phenomenal for JNPA as we achieved the milestone of handling the highest-ever traffic in the port,” JNPA chairman Sanjay Sethi said in a statement.

He further noted, “The performance of all our terminal operators is noteworthy. Besides, in 2022, we became India’s best-performing port, the first 100% landlord major port, and being acclaimed with various prestigious awards.”

On a fiscal year (2022-23) basis, in the first three quarters (April to December), the 12 Indian major/government ports together saw 8.45 million TEUs, edging up from 8.34 million TEUs year-over-year, according to official figures.

The analysis also indicates Mundra Port continues to have a lead over Nhava Sheva, mainly powered by its transshipment loads.

NSFT is a joint venture between Mumbai-based JM Baxi Group and CMA Terminals.