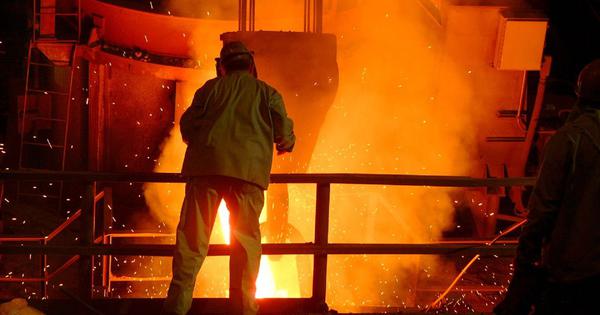 Industrial and energy generation processes often produce a huge amount of waste heat that gets absorbed into the atmosphere. A group of scientists in India are working on new materials that can recover waste heat from these processes and facilitate its usage.

Kanishka Biswas and his team of researchers at the Jawaharlal Nehru Centre for Advanced Scientific Research have found several new smart materials which can efficiently convert waste heat to electricity and power small home appliances and automobiles.

Materials that can convert waste heat to electrical energy are called thermoelectric materials. Electrical voltage is generated by keeping one end of the material heated and the other end cold, which creates a temperature gradient.

Finding an efficient material to realise this thermoelectric effect entails fitting in three seemingly different properties into a single material – high electrical conductivity of metals, high thermoelectric sensitivity of semiconductors and low thermal conductivity of glass. This is a challenging task and the scientists undertake several techniques to make the materials more efficient.

“We are trying to make the materials more efficient my modulation of electronic structure and nanostructuring” said Biswas.

The new and efficient thermoelectric materials have the potential to help the country leapfrog to sustainable new age technologies and facilitate the journey towards the country’s National Mission for Enhanced Energy Efficiency, one of the eight national missions under the National Action Plan on Climate Change, ensuring a faster transition to a low carbon economy.

They could also contribute towards climate change mitigation, paving the path towards facilitating India’s ambitious climate change targets as reflected in the recently submitted Nationally Determined Contributions under the Paris Agreement.

From development to applications

Internationally, thermoelectric materials, have been applied in highly efficient cooling and refrigeration, energy scavenging, sensing, and thermopower systems. They are also used in the seat climate-control system of certain cars that use thermoelectric devices to generate power from the heat radiated from the engine.

Thermoelectric materials provide a sustainable energy alternative. “The ever-rising demand for energy is primarily addressed using earth’s renewable sources, out of which only a handful fraction of it is utilised and more than 65% wasted as form of heat. Thermoelectric devices thus are centric for global sustainability as they utilise the waste heat to generate electricity. Given heat’s ubiquitous nature, thermoelectric devices provide total-package solution to mitigate environmental crisis and energy needs,” said Kanishka Biswas.

His multi-institutional collaboration is trying to commercialise the high-performance thermoelectric materials and devices for use in industries and household equipment where large amounts of waste heat is generated.

With the high-performance materials developed by Biswas, D. Sivaprahasam from the International Advanced Research Centre for Powder Metallurgy and New Materials (ARCI) is working with Tata Steel on a scalable thermoelectric device that can convert low grade waste heat to electricity.

“We have developed and tested prototype of a thermoelectric device in collaboration with Tata Steel. Now we are working with a start up from Indian Institute of Technology, Madras (IITM) to scale it up,” said Sivaprahasam.

The research into these materials also has a major significance in space missions. Such energy converting thermoelectric materials were used by the US National Aeronautics and Space Administration in their deep space mission to convert heat energy generated by radioactive plutonium to electrical energy, which could be the source of energy for satellites for over 30 years, since the half-life of plutonium is close to 30 years.

The Bhabha Atomic Research Centre is working with Indian Space Research Organisation to cater to similar requirements of the organisation for their space missions. ISRO’s plans to set up a space station, along with the various missions in the pipeline, call for continuous sources of energy in space. ISRO’s upcoming missions include the first Indian human space flight mission, Gaganyaan; the first Indian solar observatory, Aditya L-1; the second Indian space telescope, X-ray Polarimeter Satellite; Mangalyaan-2, India’s second interplanetary mission to Mars; Chandrayaan-3, the lunar exploration mission; and the Venus orbiter mission, Shukrayaan.

To cater to this, ISRO’s main centre for the design and development of all satellites, UR Rao Satellite Centre is developing a Radioisotope Thermoelectric Generator. RTGs are a type of nuclear-powered battery that use thermoelectricity to convert the heat emitted by the decay of suitable radioactive material into electricity.

While in normal satellites, the use of heavy equipment for energy generation makes the satellites bulky, RTG systems are less bulky, more fuel efficient and make the travel of the satellite system smoother and faster. Furthermore, since it does not work on solar power, it can operate on the darker side of the satellite. Such technologies will need the use of efficient indigenously developed thermoelectric materials.

“India needs to improve upon efficiency of thermoelectric materials and develop fabrication methods to make them cost effective,” said R. Prakash, scientist at the Centre for Automotive Energy Materials, ARCI.

The group of scientists from JNCASR work with the thermoelectric properties of a certain class of inorganic chemical compound called chalcogenides of lead, bismuth, tin, germanium and noble metals.

They explore materials which, by the virtue of their unique structure, exhibit intrinsic glass-like thermal conductivity and crystal-like electrical conductivity.

In a recent paper published in the Journal of American Chemical Society, the researchers outlined the role of manipulation of chemical bonding and structural chemistry on thermal transport in various high-performance thermoelectric materials.

The research findings can help in the design and fabrication of better-performing thermoelectric materials in the future.

In another study published in the journal Science last year, the researchers introduced cadmium (Cd) into silver antimony telluride (AgSbTe2) through a process known as doping, in order to increase electrical transport properties, which make the material more efficient.

While most efficient thermoelectric materials developed by scientists use lead as a major constituent element – thereby restricting their use for mass-market applications – the AgSbTe2 was free of lead and hence devoid of its toxic environmental consequences. This has brought about a paradigm shift in research on thermoelectric materials.

The researchers work with a network of scientists and experts from a variety of fields.

The network includes the theoreticians Umesh V Waghmare from JNCASR and Abhisekh Singh, from the Indian Institute of Science; Ajay Soni, from IIT Mandi who works on Raman Spectroscopy to study the structure of the new materials; Shovit Bhattacharya from Bhabha Atomic Research Centre; and D Sivaprahasam from ARCI, who translates the new materials to devices.

It is this variety of expertise in the team that helps in the development of such new energy saving smart materials.

This article first appeared on Mongabay.