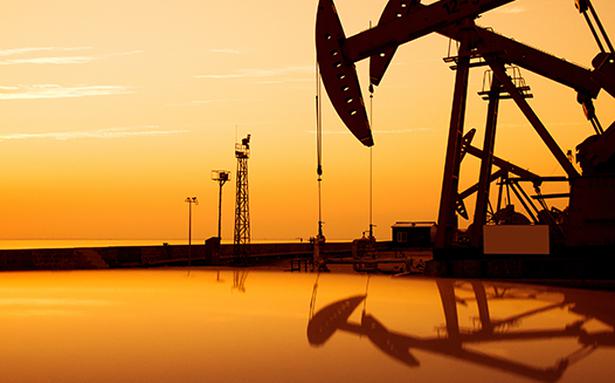 ‘Turmoil – the heat is on’ is a popular video game, where the player must earn his way to become a successful oil entrepreneur. The rising price of oil has certainly caused a turmoil in India, threatening to alter the pace of its economic growth. Back in 2015, aided by the US shale boom and Paris Climate Accord, the oil market was impacted by fundamental demand and supply forecasts, rather than geopolitics.

Growing shale production promised to act as the ceiling to any price rise that could be triggered by OPEC-driven production cuts. Paris Climate Accord promised a long-term outlook, with a more dominant role for renewable energy over fossil fuels and, within fossil fuel, gas was to overtake coal. And, the world began to believe in peak demand for oil, discarding its earlier belief of peak in oil supply.

Cut to 2022, the long-term outlook for the end of oil-dominated world energy mix, still holds good. However, the market is nervous, speculating the outcome of Russian-Ukraine conflict, impact of sanctions, and inflationary trends.

Reforms, the journey so far

During the early 1990s, primarily driven by lack of foreign exchange, a few discovered offshore fields were opened for Foreign Direct Investment in the oil and gas sector. The policy required a mandatory stake of 40 per cent to NOC, with the balance 60 per cent to private sector, along with operatorship. One such oil and gas field was Ravva (diamond). But the major policy breakthrough in India occurred when the Government of India launched the New Exploration Licensing Policy (NELP) in early 2000. Production Sharing Contract (PSC) regime was the basis of the last nine NELP bid rounds.

This resulted in over 250 PSCs, attracted investments worth over $20 billion, and led to 130 discoveries. The three major discoveries by the private sector are the MBA oil and gas field, Barmer Basin in the desert district of Rajasthan, and two major deep water gas discoveries in the East-Coast of India.

The NELP regime ushered in a level-playing field, transparent bidding processes, an internationally established contract regime and market-determined prices for crude oil, while the government retained the control over gas prices. Though entering late, the private sector made its mark.

Unfortunately, over a period, the PSC system attracted controversy, becoming a challenge to both contractors and the government. Purposeless procedures took precedence, and the primary purpose of finding and producing oil and gas was lost. Unable to bear the heat of red tape, a few international oil and gas companies that entered India, moved back in frustration.

When the NDA government began its term, one commodity that lent an unexpected helping hand in managing the economy was oil. Lower oil prices and import bill helped the government to remove subsidies on petroleum products, restrict LPG subsidy to eligible citizens by direct benefit transfer, and move to market-determined petrol and diesel prices at the retail outlets. The National Data Repository (NDR) under HELP, with its 24×7 access, is the most impactful policy reform that significantly improved the ease of doing business.

Revenue Sharing Contracts (RSC) under HELP have dispensed with cost recovery model and associated complications. Overall, HELP as a policy instrument, has been well thought out, but unfortunately, its timing was late by a decade. It has happened at the time when global oil and gas majors have stopped looking at cross-border investments due to their Energy Transition agenda.

Reforms, the journey ahead

Reality Check: India lacks a well-articulated integrated energy policy and governance structure. Energy administration is fragmented under multiple ministries, making integrated energy management a major challenge, adding uncertainty to its energy transition agenda. Indian energy sector has limited players, skewed market, energy resources are under explored, energy production is at suboptimal levels with energy pricing determined by politics rather than economics — States and Central government compete with each other in energy taxes, driving the consumer choices away from greener fuels.

India’s transportation sector consumes 70 per cent of the crude oil in the form of petroleum products, but has no role in shaping the fuel choices of the consumers. Policy formulation in the changed world has to treat oil and gas as a form of energy, along with other forms of energy to evolve an integrated energy policy and governance structure to attract global investments. India needs to map the global developments in fossil fuel technologies, assess the enabling policy initiatives in select countries to promote alternate fuel choices, outline the planning and infrastructure requirements, and set out a road map that will provide fuel choices to consumers and provide energy security to India. To achieve that, the following steps are essential:

1) The first step is to consolidate the multiple policy reforms and ease of business initiatives announced by individual ministries that are involved in managing the natural resources and various modes of transportation to present a compelling investment opportunity in the larger energy space; 2) the need is to involve the State governments in energy policy formulation following the GST Council model. The reality is whether one travels by air, sea, rail or road, petroleum products remain the sole fuel of choice. Maharashtra, Gujarat, Tamil Nadu, UP and Rajasthan each consume more than 10 million tonnes of liquid petroleum products, and can switch to a flexi mix of gas and ethanol, even if gas were to be imported in the form of LNG and a premium price is required to be paid to increase ethanol production in the country.

On the exploration front, India’s 26 sedimentary basins spread over an area of over 3 million square kilometers, covering on-land, offshore and deep-water. Out of its prognosticated hydrocarbon resource potential, only one-third has been converted as hydrocarbon-in-place through limited exploration. There is still a significant ‘yet-to-find’ hydrocarbon resources that requires large payers with the ability to make high risk investment. Mineral oils (which includes crude oil and natural gas) is in Union List in the VII Schedule of the Constitution of India. To explore and exploit mineral oils, the Central government is the appropriate government. However, ‘land’ is in the State’s List in the Constitution of India.

So, for exploring and exploiting mineral oils and attracting investments in onshore areas, States have a key role; 3) to accelerate the transformation of India to a gas economy. The share of natural gas in the energy basket of India is still low at less than 10 per cent, but that is set to grow at a faster pace. Gujarat is the only state that has embraced gas in a big way. Gujarat hosts over 3,000 km of gas pipelines, two Re-Gas Terminals to import LNG, and a well-developed City Gas Distribution (CGD) network.

This robust gas infrastructure is driving the share of gas in Gujarat’s primary energy mix to over 24 per cent. This presents a huge opportunity to build on the strong foundation for gas industry that already exists in India. Currently, India has a network of over 14,000 km of natural gas transmission pipelines. This pipeline network is set to double to 30,000 km. The government made a recent policy announcement to build the additional pipeline under the ‘public-private partnership (3 P) mode to rapidly implement its vision to establish a National Gas Grid.

However, the transnational pipeline projects in which India showed interest were never finalised to reach the next stage of execution. India needs to position itself as a reliable market for surplus gas to its neighbours such as Bangladesh and Myanmar and evaluate the oil and gas potential of its other neighbours with frontier basins such as Sri Lanka and Nepal, by evolving a suitable partnership model. Overall, the phenomenal growth in gas demand, coupled with projections of better pipeline infrastructure, presents a significant investment opportunity; 4) finally, bringing oil and gas and all the petroleum products under the GST regime to ensure a level playing field across sectors of the economy — there is no doubt it would send the loudest signal of reform to global investors and complete the One Market and One Tax principle that underpins GST. To conclude, energy demands of India is such that it requires oil, gas and coal from both domestic and overseas resources, it needs gas both via LNG tankers and pipeline, and it needs to access them all both as a buyer and as an equity investor.

It needs to generate power from all fuel sources, from fossil to renewables. Major International Oil Companies (IOC) have overlooked India’s bid rounds, raising doubts about its resource base. However, it’s power as a growing market for both oil and gas cannot be ignored. Recent major policy launch of Open Acreage Licensing Program (OLAP) under Hydrocarbon Exploration Licensing Policy (HELP) has rekindled the hopes for revival in India’s strategically critical upstream oil and gas sector, and this momentum needs to be built on to attract global investments. But policymakers need to acknowledge the reality that the energy world is witnessing a tectonic shift towards clean energy.

It will be a long journey and may take several decades, but the journey has begun. How India will meet its growing demand for energy, what strategy it follows to assure energy security, how it wishes to attract global investment in energy sector and the fuel choices it makes to transport people and goods are critical not just to India, but to the global energy market. The greatest advantages India has is its growing market and an opportunity to apply technology on a large scale, both in governance and in various sectors of its economy.