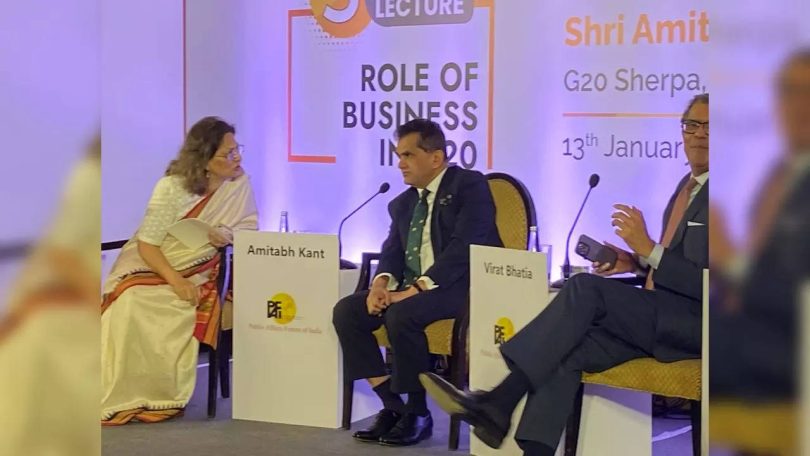 New Delhi: Economic reforms initiated by the Centre are in place, said Amitabh Kant, the G-20 Sherpa, and it is now an opportunity for a dozen states or so to become “champions” and ensure that high growth rates can continue.
Speaking at a function here today, he said, “The stars are aligned in favour of India (the G-20 leader this year).” He added that it is a great opportunity to look at sunrise areas like the manufacturing of mobile phones and the development of green hydrogen. These dozen-odd states (presumably the ones lagging behind and need to grow at 10 per cent or more for a long period of time) should become business-friendly, he said. That, he said, will help to make the next decade India’s decade.

With the scheduled in September in New Delhi, there is a good opportunity for India, which had an advantage in terms of demographics, digitalisation, decarbonisation and deglobalisation to be a major power, in terms of both hard and soft power. It wasn’t just about industrial growth, but also about cultural diversity, tourism and travel and popularising local handicrafts. India had to interact with the other G-20 countries and also, become a voice of the global South.

In this era of international political crises, war, recession, post-Covid economic difficulty and climate change, G-20, which delivered during the 2008 economic crisis, like ensuring inclusive sustainable growth, fighting climate change by helping developing countries that were not responsible for global warming to industrialise using green technology, go ahead with digitalisation and so on. It was incumbent upon the G-20 to end malnutrition and ensure an easier time for pregnant women and stunted children and perhaps, women-led development was the way out.